The Racial Undertones of Calling Women "Vanilla" and "Chocolate" 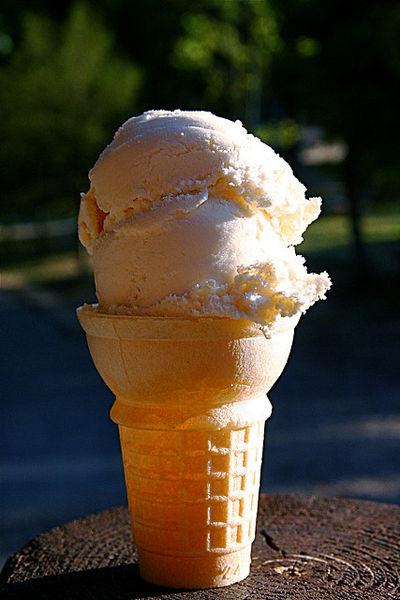 Hot vanilla. Sweet vanilla woman. Break me off a piece of that vanilla girl!

Nope. Nobody says that.

Vanilla (delightfully delicious as it is) is largely considered to be a ho-hum, all-too-common flavor to ever be considered a compliment. Vanilla is classic, clean, simple and pure at best ... and at its worst? Dull. Plain. Boring. It’s a delicate way to describe our less-than-vibrant friends. And perhaps because we live in a world that loves to make things either this or that, black or white, those friends are usually of a milk and cream complexion, complicating the racial undertones even further.

Calling someone vanilla is basically one gray step above an insult ... but Europeans have historically had more power and societal clout, so how did this term evolve? How did vanilla, originally used by Natives of Mexico and Central America, come to be the queen of recipes (it's in everything!) get pushed aside as the least exotic flavor of choice?

(Perhaps it’s because of Queen Elizabeth I. The peaches and cream queen is widely credited with blowin' up the vanilla scene and proclaiming her love for the delicate, delectable bean.)

My own theory for why vanilla has come to not mean common and plain, but also white, common and plain is a little simpler and a little less PC however: White people are in as much abundance as our beloved bean. And as humans we have a tendency to believe that what’s common, by definition, isn’t cool—just ask any hipster.

By that logic, if the majority of people around are one thing, “vanilla” for example, it ceases to be special. Ahhh, now enter the chocolate girl: the sweet spectacle to behold. The Uncommon, the “Exotic,” the opposite of vanilla.

For some “chocolate” people this confectionery comparison is both savored and encouraged. Pet names and the like can be "sweet as candy and brown sugar." But for (many) others it’s just another way that they are being objectified and degraded to the base level of a tasty treat:

Whiteness is also associated with cleanliness, purity, but also blankness — the lack of color. So I think these ideas are kind of paralleled, the white versus colorful — 'colored' — and the chocolate versus plain vanilla. . . So it's a way of reversing the kind of implied superiority of whiteness by saying that whiteness is the less interesting color . . . because it's maintained as a norm. And we also have some ideas of how normal is desired but also boring. — Harryette Mullen, poet, UCLA professor

Chocolate and vanilla. Dark and light. Day and night. Stark comparisons aren't as interesting, truthful or dynamic as the subtler shades that bridge them. The re-appropriation of flavors as signposts of normality, exoticism and societal stature is fascinating—but damaging—to both ends of the spectrum. Personally, I love vanilla. With some hot fudge. And some peanut butter cups. And maybe some rainbow-ed gummy bears. A hierarchy of color—in sweet treats or otherwise—is undermining our progress.