I Don’t Love My Body, And That’s OK 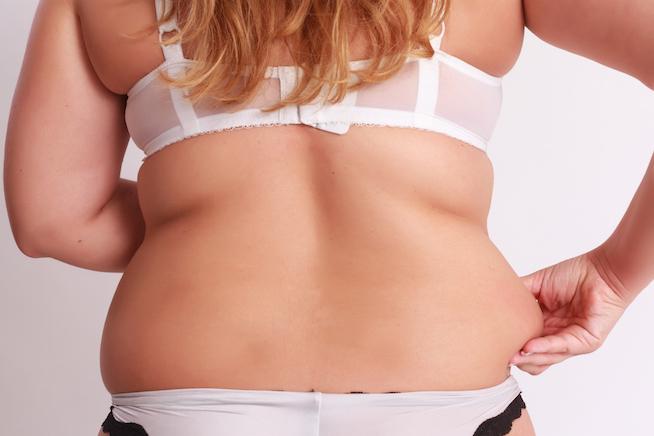 Loving your body doesn't mean you have to love it.

I won't lie: When it comes to my appearance, I'm not my own biggest fan. Others may disagree, but catching a glimpse of myself in my mirrored closet doors is not a pleasant experience. I hate the acne on my chin, the downward turn of my nose, the frizz in my hair, the crease in my stomach after I sit down, the list goes on. And I know I sound ridiculous and nit-picky and like am probably imagining it all, and I know that other people don't seem to understand what I'm talking about. But I can't unsee it. I hate it, hate it, I hate it, and I don't want to think about it.

But my reasons for wanting to look away from the mirror go beyond the fact that examining my physical features is unbearable for me: I want to forget about my appearance because it's not the most important thing about me. In fact, it's one of the least important things about me.

These days, women's magazines and clothing ads are all about "body positivity." “Love your body,” we’re told. “Everyone is beautiful.” While these are great messages, they don’t really do anything to take women’s attention off their bodies. How many men are instructed to love their bodies? Fewer — because it's understood that men's looks are not the most important thing about them. Loving your body sounds fantastic, but the fact that women are disproportionately told to achieve this goal should give us all a healthy dose of skepticism.

Given all the body-positive campaigns out there encouraging women to love themselves — one clothing line even created a "love yourself" campaign featuring women photographed in underwear — you'd think loving our bodies were the same as loving ourselves, that our bodies were the same as ourselves. The connection is right there in Urban Dictionary's example for "body positivity":

"Karen is so awesome. I wonder how she's always so confident."

"It's because she supports body positivity."

"That's great! Loving yourself is the best way to go through life."

I think the assumption that we must love our bodies to love ourselves should be challenged, but I've been there. I've put on sexy lingerie, stared in the mirror, and strained my eyes to see the good in my reflection in a desperate attempt to be body-positive. But I never arrived at that "A-ha! I am beautiful!" moment, and I don't care anymore. I've got better things to do and more important things to love. I take pride in my quirky sense of humor, my writing style, and my listening skills far more than any part of my body. That should be a good thing.

Instead of working to accept how much space every part of my body takes up, I'd much rather give my body less space in my mind. Instead of striving toward body positivity, I'd rather settle on body neutrality and get on with my life.

Yet even since I've adopted this body-neutral conviction, I've remained tortured by one major insecurity: my insecurity itself. It's a commonly cited platitude that nobody will love you until you love yourself. But just chew on that for a second. Think about the message that saying sends people who don't love themselves: Nobody will love you. Isn't that just a tad bit twisted?

Though there were times when I wondered if it would be possible, I have been loved very much. All my romantic partners have deeply cared for me. They knew I was insecure and they still loved me.

I won't deny that people are drawn to confidence, though, which is what that saying is really getting at. So, I'd like to amend "Nobody can love you until you love yourself" to "The more you love yourself, the more people will love you." If you don't love yourself, though, people will still love you. They will see things in you that you don't see. They can't make you see them, but they themselves can see them, and even if they don't, they'll find other things to love about you.

Besides, who loves themselves all the time? Who? And what if they experience a moment of self-doubt? Will everyone suddenly cease to love them for the duration of their bad body image day? That would be absurd.

If you like this article, please share it! Your clicks keep us alive!
Tags
body positivity
Body Positive
self-love
body neutrality
body hatred