Is It OK For Kids To Call Adults By Their First Name? 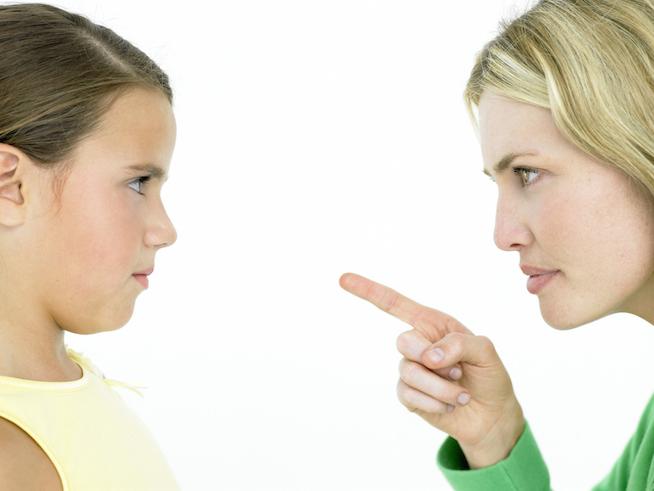 Just because she's an adult doesn't mean she deserves respect.

But let’s not pretend that no one EVER used a first name before or that we are somehow demolishing generations of values and respect by it being slightly more normalized.

When I was a little girl, I called my dad by his first name. My family was a blended one; my mother lost her first husband in a tragic accident, leaving her with a young daughter. I, being a small person in awe of their older sibling, mimicked her as much as I possibly could. So, for several years, my dad was Larry, and, for me, it meant Dad. In fact, one night, while my parents watched the news, I overheard a story about a lost little girl. “Don’t worry,” I said, turning my attention from my coloring book to my parents, “her Larry will find her.”

In fact, I remember using the first names of adults pretty often as a child. My godparents were Nick and Maria (although Nick had an honorary title of Uncle); the neighbor was Julie. My dad even had a friend nicknamed Sketti, and that was how I addressed him, too.

However, if you ask Danielle Larkins over at the Washington Post, my behavior was horrible, and my parents should have reined my delinquent ass in, tout suite. She believes that breaking with the tradition of being Mr./Mrs. Lastname is part of some sinister subconscious move away from respect and acknowledgement of authority for our elders. Also, we have all probably run amok with this whole caring-about-our-kids’-self-esteem thing and don’t want them to see themselves as beneath anyone.

I’m pretty sure that the vast majority of kids understand the whole hierarchy of adulthood thing. I’ve worked in daycares and volunteered in my kids’ schools. The children there (who called me by my first name, gasp!) never seemed to think that they shouldn’t take direction from me or be respectful of me because I have a first name. Then again, I also don’t assume that, by magic, the second the clock stuck on my 18th birthday, I attained a higher station in life. There are a lot of times I still feel like maybe my continued success at adulthood is a farce. I can’t be Mrs. Rodriguez-Moser, because that lady has her shit together, you can just tell. Stephanie, well, you might expect her to order in pizza on a random Wednesday because food is a lot of work and to not even have a single pair of tights without a run. Danielle — excuse me, Mrs. Larkins — and I are the same age, but maybe she is less inclined to feel like she’s just barely managing to adult appropriately. Maybe she even makes the things she pins.

I’m also uncomfortable with the idea of a big huge line drawn between children and adults. I want my kids to respect adults, but I also want them to be able to talk to them. When they’re older and I have become hopeless and uncool, it would really be nice for there to be trustworthy adults that my children know, who can answer questions about the hard stuff. Sure, I’ll start those conversations, and we will keep lines of communication open. But for many of us, the sex/drugs/alcohol/peer pressure talks with our parents were agonizingly embarrassing moments where we prayed the ground would open up and swallow us so we could stop thinking that our parents knew anything about this stuff. I hope that my kids won’t rely on information from their peers, or have to wade through the Internet, hoping to find good information amongst the Internet sludge.

On the other hand, I also want kids to know that adults aren’t perfect and that they don’t have inherent authority over them. Sometimes, adults need to be challenged. We can be wrong. All of us can lack compassion, or be racist, or cruel, or factually incorrect. Some adults are horrible people that prey on the weak and should be avoided. Age is a terrible indicator of worthiness.

Finally, despite past generations in Ye Olde Days (I’ll remind you that she and I are both 33, so basically elderly) calling everyone Mr. and Mrs. like a Leave it to Beaver episode come to life, we are really failing terribly at respecting the elderly among us right now. The Brookings Institute, in June of this year, found that we have a “woefully inadequate” healthcare workforce for elder care. Oh, and half of our workers have a high school diploma or less, make income that puts them below the poverty line working full-time, in industries with high turnover rates. Oh, and the National Center on Elder Abuse shows that between 1-2 million Americans over the age of 65 have been the victims of some form of elder abuse — but those numbers are probably far, far higher, as only one in 14 incidents comes to the attention of authorities. They also estimate that there are probably 5 million elderly Americans that are financially exploited every year.

Look, demand that kids call you whatever you want, Mrs. Larkins, or Danielle — go by Mrs. Buttercup Rainbow Unicornpants for all I care. But let’s not pretend that no one EVER used a first name before or that we are somehow demolishing generations of values and respect by it being slightly more normalized.