What Being A Breast Cancer Bitch Means To Me 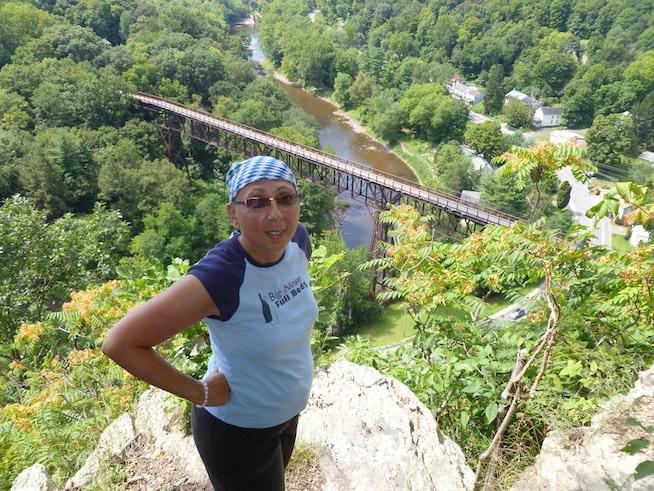 I enjoyed flashing my cue-ball head like some people enjoyed mooning and baring their tatas. This was fun; cancer was not.

Having cancer makes you a lot of things: scared, moody, bitchy. At first, I blamed it on the steroids that I took with my chemo cocktail. But whatever it was, I found that I had no filter. Or that my filter was broken. Or that I just didn’t care. I felt like crap and my body was going through such crazy changes, I just thought ‘What the hell?’ and said and did whatever I wanted. Suddenly, I realized that I was a Breast Cancer Bitch (BCB).

Don’t believe me? Here are some of the bitchy things I said/did:

I was mean. One hot August day, I ran into my neighbor. There I was, with hardly any eyebrows and my bald head partially hidden under a straw hat. “Summer crew cut?” Red asked. “Nah…chemo,” I answered. I took perverse joy in seeing the embarrassment on poor Red’s face. Something I still feel guilty about.

I liked to shock people. Maybe it was a defense mechanism to cope with the disbelief I felt about my diagnosis, but I liked catching people off guard. I enjoyed flashing my cue-ball head like some people enjoyed mooning and baring their tatas. This was fun; cancer was not.

I had zero tolerance. My fuse was super short with stupid, insensitive people. I had no patience for complaints about hangnails when I had to deal with surgical drains and chemo side effects. I started snapping like a Chihuahua. And it felt good! Maybe not as good as being cancer-free and having only a hang nail to kvetch about, but it still felt good.

(Interesting revelation — even after the steroids wore off, the treatment was over and my hair grew back, the attitude remained. I was still a BCB.)

Don’t get me wrong. Being a BCB is not necessarily a bad thing. It’s empowering. It scares away the sadness and self-pity. And in a weird way, it might scare the crap out of cancer itself. Scare it from coming back to such an unwilling, nasty, cranky host who’s ready to kick cancer’s ass (again) if necessary.

But it’s not just me. Other cancer survivors have the same swagger and bravado. My friend Chiara is a Breast Cancer Bitch, too. We met through the awesome breast and ovarian cancer support group SHARE. Sometimes Chiara worries about being “selfish,” of carefully picking and choosing what she does with her time. Chiara had chemo last year, a mastectomy in April, and is getting ready for her second mastectomy (a prophylactic one) in November. I tell her that her attitude isn’t selfish, but self-serving. Whatever gets you through the night.

Chiara has a fantastic blog, Beauty through the Beast. It’s all about coping with breast cancer and its treatment regimens while still looking good. And feeling good about yourself. Sometimes you just have to say no (i.e., when people ask too much of you) and yes (i.e., when they offer you help).

Crabbiness aside, at the root of being a Breast Cancer Bitch is helping others. Sharing tiny shreds of wisdom that have helped you and will hopefully help others. Chiara had the guts to share her story with the universe in a Wall Street Journal article and video about her treatment choices. There she was in the hospital, being rolled into surgery on a gurney. There she was getting fitted for a mastectomy bra. There she was: brave and bold and beautiful. And here she is. Still. Here all of us BCBs are. Still.

But make no mistake, we are NOT Angelina Jolie. As courageous as her very public health decisions were, she is NOT a breast cancer survivor. She didn’t have cancer; she had surgery to prevent breast (and gynecological) cancer.

If you don’t like it, just look away. But since one in eight women get breast cancer, WE could be YOU. So get used to us. BCBs are not going away. We’re here to stay…and fight.

If you like this article, please share it! Your clicks keep us alive!
Tags
Breast Cancer
Awareness
moody
chemo 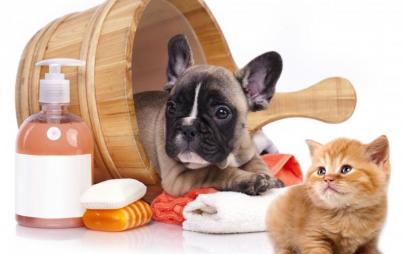 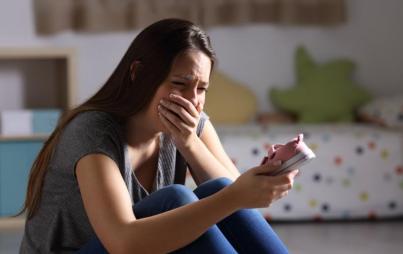