Hug Your Kid: Life Is A Gift & It's Not Guaranteed 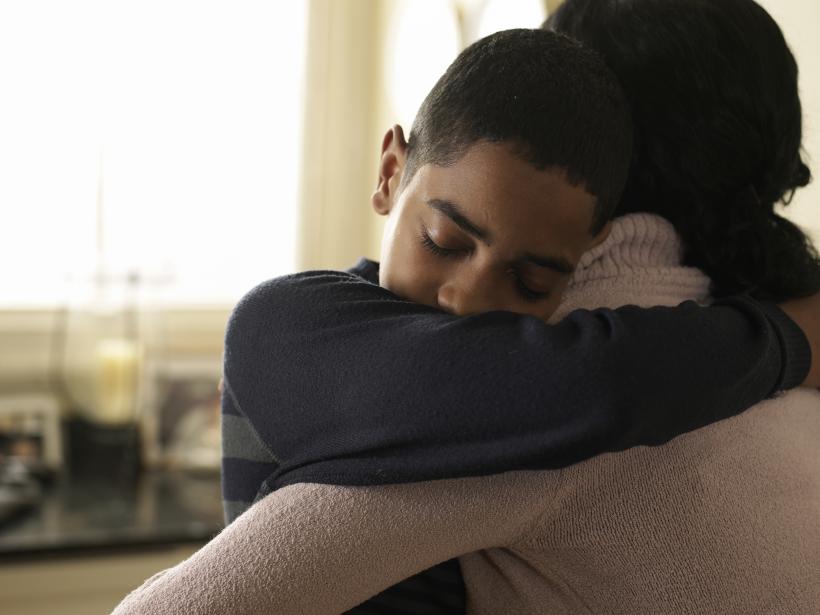 The inestimable worth of a life.

Sometimes something happens that shakes you to your very core as a mother. A kid dies. And it’s not your kid. And you’re unbelievably thankful.

It doesn’t matter if your kid is failing physics.

It doesn’t matter if they didn’t get into their #1 college choice.

It doesn’t matter if they didn’t get into college at all.

It doesn’t matter if they just told you they’re bi/gay/transgender.

It doesn’t matter if they barely talk to you.

It doesn’t matter how much they roll their eyes at you. Every time you open your mouth.

It doesn’t matter if they ignore your texts.

If doesn’t matter if they won’t friend you on Facebook.

It doesn’t matter if they’re late to absolutely everything.

It doesn’t matter if they’re depleting the entire planet’s water table with their ridiculously long showers.

What matters is that they’re here. They’re breathing. Even if they’re infinitely annoying. And that’s a good thing. Even the annoying part.

I just heard something that gutted me. A neighbor’s son was found dead last night, face-down in a local lake in our urban paradise. Here, in this ideal zip code where people endlessly flock from the wilds of Ohio/Iowa/Michigan to live. But “Jimmy” was lucky enough to have been born in this place.

When he was little, Jimmy played T-ball with my kid. His mom coached the team.

Jimmy came from a good family, which is a lot like my family. Or your family.

Jimmy was a good kid. Smart, funny, a freshman in a college a few subway stops from where he grew up. Summers, he was a lifeguard at a nearby city beach. Somewhere, he took a wrong turn, which is so easy to do. Word on the street is that he wrestled with addiction. There was talk of him being in rehab during the summer. Then, on a frigid January night, he lost the wrestling match. He died in a park. Alone.

I’m picking up writing this again a few days later, after Jimmy’s wake. It was unbearable for any parent to attend. But I had to go for the sake of my neighbors. I don’t know how Jimmy’s mom and dad were still standing or how they willed themselves to continue breathing. Just when you think there are no more tears…

Jimmy looked so blonde and handsome in his coffin, surrounded by photographs, stuffed animals, a police badge, his lifeguard whistle. They dressed him thoughtfully in an unbuttoned Hawaiian shirt revealing what I figure was his favorite T-shirt underneath. He looked so healthy, so well, like he was sleeping. Except he wasn’t.

There were so many people, of all ages and shades, so many fresh-faced teenagers spilling into the funeral home’s extra rooms. So many pictures that it hurt to look at them. Blown up posters of when Jimmy modeled for “The Children’s Place” as a toddler.

I couldn’t bring myself to go to Jimmy’s funeral mass. The emotions were too raw, too visceral. But I hear they gave him a hero’s send-off, closed off the streets, that there were at least a dozen cop cars (Jimmy’s father is on the job), that people poured out onto the sidewalk to say good-bye to Jimmy.

It snowed. Hard and relentless. It seemed it would never stop snowing. But it did. It ended. As everything does, eventually.

Although I couldn’t bear to go to church, I wrote a poem:

I don’t think Jimmy’s parents will ever stop mourning. I think your whole life after you lose a child becomes one long mourn. Every milestone, you think how old Jimmy would have been. Certain meals, certain movies, you remember, this was Jimmy’s favorite. Except he has no favorites. Not anymore.

So, hug your kid. Extra tight tonight. Hug them because they’re here. You both are. Take it from there. The rest of it is easy. Because they’re still alive.

If you like this article, please share it! Your clicks keep us alive!
Tags
parenting
child loss
appreciating life
loving your kids