Compassion Is Complicated After Cancer 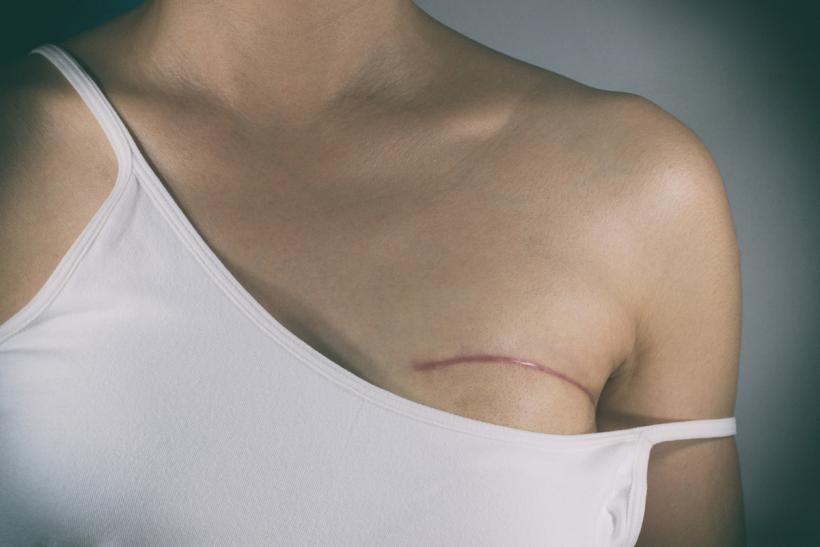 Since my battle with breast cancer in the spring of 2013, my life changed forever.

I’ve noticed a certain “attitude” among cancer survivors, a smugness about having survived something which, for many, is unsurvivable. It’s not just that we’re giving cancer the FU, but giving it to the whole world.

Upset you lost your keys? Try losing your breast.

Pissed off about missing that train? Try missing your son’s 8th-grade graduation because of a horrific infection from fluid buildup in the previously-mentioned missing breast.

See what I mean? It kind of puts life into perspective.

Since my battle with breast cancer in the spring of 2013, my life changed forever. I wrote the hell out of it, many of my essays and rants gracing Ravishly. Even though I try my best to think positive, I know all too well that a recurrence could happen at any time, no matter how well I eat, no matter how much I try to erase stress from my life (good luck with that!), no matter how much I exercise.

The tiny yellow pill I take every night helps decrease my chances of the breast cancer coming back or metastasizing to my bones and lungs. That pill helps lower my recurrence rate by almost 50%. So what if it also makes me fat. I’m still here, aren’t I?

With breast cancer, oncologists don’t like to use the word “cured” or the term “in remission.” They prefer “NOD,” which stands for “No Evidence of Disease" —  which means, NOD, until there is. But hopefully, there isn’t.

Sometimes I get the feeling people are ashamed of getting cancer. I know I was pretty embarrassed that my body had failed me, betrayed me, and let a deadly disease wreak havoc. (Thanks, Body! You suck.) But besides the disease-shaming, there’s also a sick sense of relief — I’m glad it’s her and not me. With it, comes a weird brand of survivor’s guilt.

You just never know with that giant, stinking suckhole known as cancer. One day you’re fine, and the next, you’re not. Studies say it’s just the luck of the draw. You know, random bad juju, rogue cells that go wild for no apparent reason. This seems even worse—knowing there’s nothing you can do to prevent it. Barring stuff like not smoking or not living near a toxic sludge dump, of course.

Since my diagnosis, I’ve also noticed a certain smugness among people living with cancer, not only against cancer itself, but each other. If someone is unfortunate enough to get a recurrence, there’s very little “there but for the grace of God go I,” but instead, there’s quiet, self-satisfied blame. Critical whispers of, “Maybe she ate too much white sugar, maybe she didn’t get enough sleep, maybe she missed a checkup or two.” Instead of sympathy, there are mountains of finger-pointing.

The rational me knows this kind of behavior is fear-based. My husband thinks it’s a type of schadenfreude — getting pleasure from someone else’s misfortune. Emotional S&M, if you will. I’m still not sure what it is, but I’m sure of one thing: it’s not good.

Why can’t we just be there for each other? Why do we engage in this bizarre kind of body-shaming, disease-shaming?

Sometimes I get the feeling people are ashamed of getting cancer. I know I was pretty embarrassed that my body had failed me, betrayed me, and let a deadly disease wreak havoc. (Thanks, Body! You suck.)

But besides the disease-shaming, there’s also a sick sense of relief — I’m glad it’s her and not me. With it, comes a weird brand of survivor’s guilt.

At my friend Nicole’s wake, I was so incredibly sad, beside myself with grief. A breast cancer survivor herself, Nicole had been a mentor when I was in treatment. A filmmaker, she’d even made a PSA about how to treat someone diagnosed with cancer. (She’s the one in the plaid headscarf.)

Nicole was a staple of the neighborhood, an amazing woman. She co-founded a theater group when she was in grad school, for God’s sake. She lived her life fearlessly, and unlike me, ate organic everything. Nicole didn’t deserve this. No one did. Yet, there she was, inside a box covered with a spray of beautiful autumn flowers, and I was on the outside looking in. I was still alive. But why?

I didn’t know anyone on the long, snaking line to Nicole’s coffin, which was mercifully closed. Her mother slowly worked her way down the queue, thanking everyone for coming. I told her who I was, why I was there. “I knew Nicole from yoga,” I explained. “When I was diagnosed, she helped me. She took me out for a cup of tea, and we talked. She gave me hope,” I choked. Although she was very kind, I knew Nicole’s mom couldn’t help thinking, ‘Why my daughter? Why not you?’ I was thinking the same thing.

At the funeral home, there were pictures of Nicole that were taken throughout her life: a messy-haired child, an old theater headshot, euphoric at her wedding, cradling her babies… The receiving line moved slowly. At last, I was at the front. Again, I explained my “Nicole connection,” this time to her husband. He seemed shell-shocked when he told me, “Now I don’t want you to think this could happen to you.” But it could. Of course, it could. It could happen to any of us.

“If you want to know the details…” he began.

“I don’t think I do,” I stammered. But he told me anyway. A clean bill of health from Memorial Sloan Kettering in August, diagnosed with Stage 4 metastatic cancer in September, dead less than a month later in October. Was it a comfort for him to tell me, for him to repeat the story like a mantra, the words describing his beloved wife strangely soothing, somehow bringing him closer to her? Or did he just want to scare me? The complacency of cancer rearing its ugly head once more?

We need to practice humility and support in all aspects of our life — even when it ends. Because it will end for all of us, sooner or later, in one way or another. We might as well be kind.

If you like this article, please share it! Your clicks keep us alive!
Tags
Breast Cancer
Cancer
recovery
death
loss
remission
guilt