I Wanted To Be A Parent. So I Became A Writer Instead. 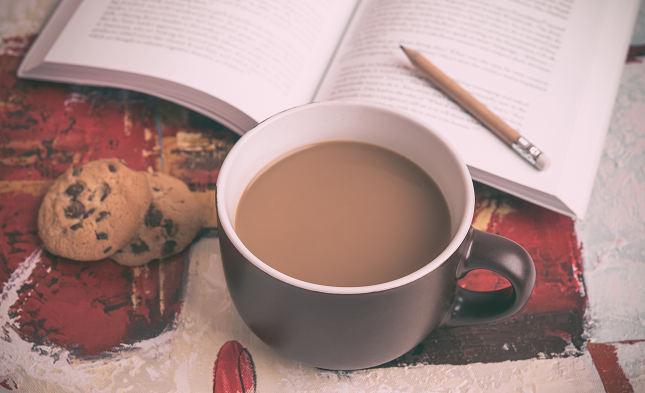 writing as my own form of parenting

I give those parents something their children can’t always give — a voice for their struggles and a bridge to understanding.

When I was a teenager, there was a brief period of time in which I thought I was destined for parenthood someday.

I had never missed the opportunity to look after a neighbor’s child. I relished the time that I spent with youngsters; I loved their curiosity, their playfulness, their endless wonder at the world around them. To me, they were utterly magical.

I loved teenagers even more. I loved telling them about my own experiences and guiding them as they navigated what was, undoubtedly, one of the most difficult times to be alive. I felt happiest when I was giving teens the encouragement and attention they needed to thrive.

But as I got older, I realized that raising a human being was not just about making some macaroni and cheese, steaming broccoli, and entertaining them.

I started to understand the implications that came with being responsible for a human life, and with that understanding, I began to seriously question my motives for desiring parenthood.

At that point, my motive was something like, “Well, it’s supposed to be the most fulfilling thing ever, right? Because kids are great. And what could be better than making the world a more rad and compassionate place by raising the next generation of change-makers?”

But — and there’s a really big “but” here — I was buying into a cultural narrative that didn’t necessarily hold true. I had become convinced that a person couldn’t live a meaningful life without raising children. I had decided that the best way to make a difference was to raise a child.

This is not exactly the case. At least, not for everyone.

And even if it were, was that kind of responsibility — a lifetime of it — something I could handle?

I looked at the many years that I had grappled with bipolar disorder, when I was so sick that it was difficult to find a nurturing or compassionate bone in my body; my anxiety, with the panic attacks that made it impossible to care for myself, let alone another person.

Mental illness alone is not a reason to avoid parenthood — some of the best parents I know grapple with these disorders and some of the worst do not – but for me, the way that it impacted my functioning and ability to nurture made parenthood incredibly unappealing and even scary to me.

I also thought about my regrettable codependency in relationships; I reflected on my struggles to be reliable or responsible. I remembered the utter dread and disdain I’d always felt when taking on a substantial caregiving role; I thought about how deeply important my independence was to me.

Maybe parenthood, as much as I enjoyed kids, wasn’t really my thing.

When I weighed my fears and my motivations — the desire for fulfillment and bettering the next generation of human beings — I wondered if there was a better way of going about it. A way that, you know, didn’t require taking on such a huge burden.

When I was honest with myself, it was clear that it wasn’t parenthood that I wanted. I just had a desire to be involved in the lives of young people in some meaningful way.

And that’s why I became a writer instead.

Teenage Sam has had his hands on every piece of writing I’ve ever done. Much of the writing I do is about creating the resources, narratives, and affirmations that I needed ten years ago.

My writing is for the teenager who’s at the end of their rope, wondering if anyone out there can understand what they’re going through. For them, I hope that my articles have made them feel seen. I hope that they can hear me when I say, “I do. I get it.”

I bring visibility to the really tough shit that we don’t talk about because I want young people to someday live in a world where we do.

Growing up queer and mentally ill during a time when our stories were scarce and our resources sparse, I’ll never forget the struggles that I endured in silence. Each day, I endeavor to make this world a better place by shattering that silence so that no young person ever has to wonder if they’re alone.

Those teens write me every day now. They send me emails, they send me messages, they reach out through social media – and they tell me how much more affirmed and validated they feel, knowing that someone like me is looking out for someone like them.

I give them something that their parents, however much love they may or may not have to offer, can’t always give – the lived experience of queerness and disability that so few in their lives can understand.

And I give those parents something their children can’t always give — a voice for their struggles and a bridge to understanding.

I see this as more meaningful than anything I could have done as a parent who never actually wanted to be a parent in the first place.

Sometimes parenthood can be a higher calling, a way to make this world just a little bit brighter as we help these tiny humans become vibrant, empathetic adults. Some parents are even writers and they somehow do it all. But for me, the higher calling is elsewhere.

Writing about my experiences as queer and bipolar has helped me touch and shape the lives of countless teens and their families, as well as creating a culture that is more welcoming and understanding of difference so that they can thrive wherever they go.

While I may never know what kind of parent I might have been, there is one thing that I do know: I’m one hell of a writer. That’s more than enough for me.

If you like this article, please share it! Your clicks keep us alive!
Tags
parenting
writing
LGBTQ