It May Take Two To Tango, But Someone Has To Lead 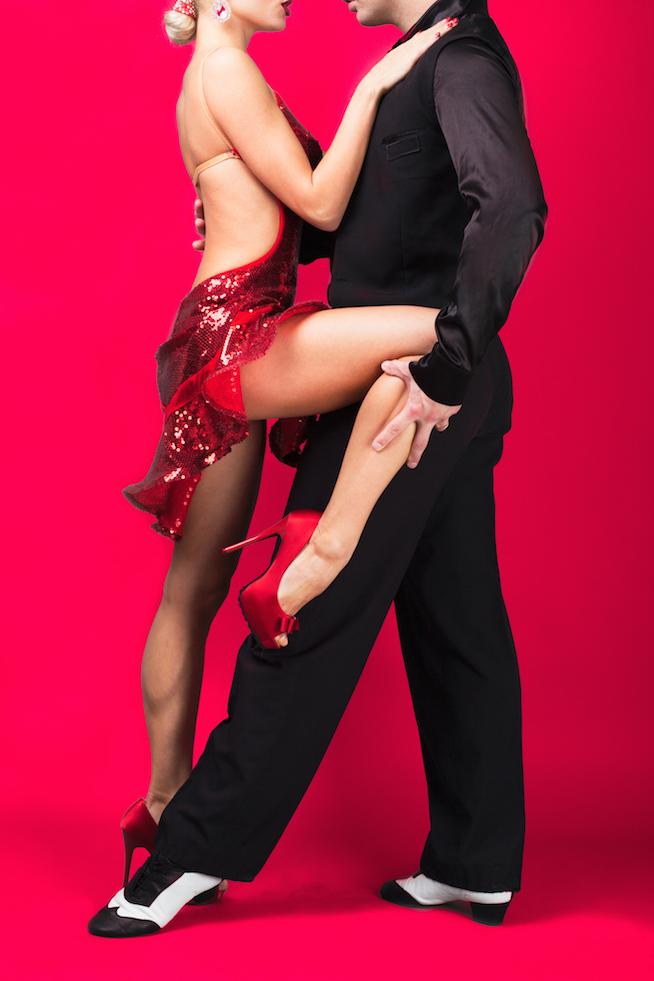 The tango is never a balanced dance...

Rumor has it that opinions are like a$$holes — everybody has one.

And everybody who has ever considered a relationship, been in a relationship and/or ended a relationship, has likely heard enough of their friends’ and family members’ opinions about what they should or shouldn’t do or have done to last them a whole heap full of therapy sessions.

Then there are those opinions that become so ingrained in our cultural library that they become seemingly unshakable universal truths, especially now that they are routinely emblazoned on novelty t-shirts and shared as memes 24/7.

Beneath the artificial veneer of humble honesty, too many of these given adages serve as signposts on the road to a lifetime spent in miserable — sometimes abusive — relationships by people who have been shamed into believing that standing up for themselves and walking out the door would be a violation of what everyone else believes to be good old commonsense.

Here is a look at five such truisms and the misleading messages we are liable to send when we call on them too freely.

Yes, it does. The tango is a beautiful, passionate dance, but when people invoke this statement in regard to romantic relationships, they typically fail to understand the depth of that statement if you look at it closely, missing the following key details about the story a tango weaves:

These elements may indeed apply to some relationships — simply replace the term leader with abuser and follower with victim.

2. You both really need to focus on what’s best for the kids.

This one seems reasonable enough on the surface. Of course every parent should place their focus first and foremost on what is best for the children. Problem is, who is to say what the children’s best interests truly are?

We want to encourage our friends and loved ones, so when we say to a friend struggling with a high conflict co-parent over custody issues, “Surely he/she will do what is right for little Jimmy and Jane. You guys just need to focus on the kids,” I get what you are trying to do. The unintended affect, however, is far more likely to be feelings of dismissal, shame and self-blaming on the part of an already hurting mom or dad.

3. Love and hate are two sides of the same coin.

A client once came to me frustrated that her new love interest kept insisting that she must still have feelings for her ex, whom she loathes. In a moment of co-parenting frustration, she had remarked to her new guy about how much she hated the former.

“You know,” the new beau replied, “Love and hate are essentially the same feeling. If you ‘hate’ him that much, it must be because you are still in love with him.”

Please allow me to clarify on her behalf — nope!

“The scientists found that when we love someone, we shut off the part of our brain that judges — one reason, perhaps, that helps us dismiss red flags that crop up again later in the relationship. When we hate someone, however, we leave the judgment part of our brain blazing. Judgment is an essential part of hatred.”

Hate and love may both be powerful emotions, but they are clearly not equivalent. And as far as I know, technology as of yet has failed to invent an app that allows us to know what anyone else is feeling at any given time.

I have wished upon many a star myself that this one was true. Perhaps it may be to a certain extent, but not in the way most people mean to imply when they invoke this codependent relationship classic.

There is certainly a phenomenon known as neuroplasticity.

“Neuroplasticity: The brain’s ability to reorganize itself by forming new neural connections throughout life. Neuroplasticity allows the neurons (nerve cells) in the brain to compensate for injury and disease and to adjust their activities in response to new situations or to changes in their environment.”

In other words, neuroplasticity implies that brain development is never set in stone, but rather that as we continue to grow and learn and experience, our brain has, to some degree, a silly putty-like ability to be stretched, remolded and copy new data. Emphasis, again, on to some degree. Just like silly putty, there is only so much stretching any one brain can do, and depending on the conditions and care with which anyone brain or putty globule is handled, success may vary.

5. If you truly love someone, you have to take the good along with the bad.

Again, a half-truth does not a healthy motto make.

No one is perfect. Everyone is some level of crazy. We all have our faults. Yes, yes, yes, I know.

These statements are all true and every relationship requires patience, communication, tolerance and non-judgmental support in order for both individuals within it to thrive.

I received calls and messages on a regular basis from both men and women who desperately want to make their way out of an abusive relationship, who then continually stop themselves on their way out of their own prison cell with statements such as, “But, I mean, no one is perfect, right?”

No one is perfect, I will say it again. Far more importantly, no one has the right to repeatedly and systematically belittle you, threaten you, dismiss you, ignore you, berate you or harm you in any emotional or physical way.

If you like this article, please share it! Your clicks keep us alive!
Tags
relationship advice
tango
Neuroplasticity
Relationships
unhealthy relationships

It May Take Two To Tango, But Someone Has To Lead
Arianna Jeret

I Don't Have Baggage. I Have A Life.
Arianna Jeret

Codependency Isn't A Disorder, It's A Relationship Dynamic
Arianna Jeret