Why I Don’t Want A Fairy Tale Romance 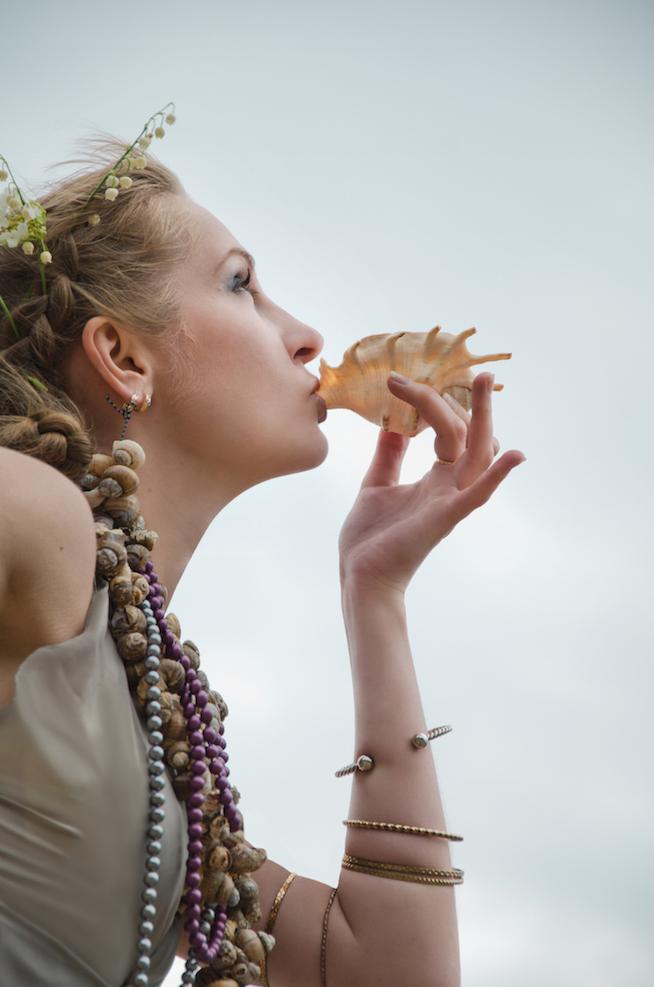 I don't want the fairy tale.

Once upon a time, Sami Jankins decided that she wanted Mr. Real instead of Prince Charming.

I often say that if I seem like a confusing person, just remember that my parents read the Hans Christian Andersen's Fairy Tales to me as a child. Unfamiliar? The Little Mermaid does not end up with the prince. Instead the prince doesn’t choose her. Due to the bargain she made with the evil witch, leading up to her death, the legs that replace her fins cause her to feel like she's walking on knives. Once the prince's choice is solidified, she meets a sea foam death. In a non-romantic tale, The Little Match Girl visualizes these gorgeous scenes of food and other things while she’s actually starving. The scenes visualized in each match lit are that of a freezing dying girl. Pleasant, right? To me, fairytales were cautionary tales. They were sad, and have never been a model of what I look for in a relationship.

Yes, I did also watch the Disney-fied versions of fairy tales and loved them while growing up. I had a serious thing for Aladdin. The fact that Jonathan Taylor Thomas voiced Simba was perfection to me. If you notice, the prince never really does much, though. Sometimes he’s there to kiss the princess so she wakes up from an evil curse. The prince charming characters have often been generic characters that I could never relate to. Prince Charming seemed boring. I’ve always wanted Mr. Real.

Being the damsel in distress never seemed like an ideal scenario, and being a princess seemed like too much work in always looking perfect and not getting your clothes a bit dirty. What I have always wanted was a guy to fight the wicked queen alongside me. I’ve always wanted a co-conspirator, and although it’s probably the most often said sentiment on an online dating profile – a partner-in-crime (in theory, not an actual crime).

When I think of fairy tale romances, I’m reminded of romantic comedies a-plenty. “I’m just a girl, standing in front of a boy, asking him to love her.” Remember that one from Notting Hill? “To me you are perfect.” Thanks a lot, Love Actually. Yikes, that’s pressure! I also think of Avett Brothers song lyrics — “I don’t want to be in love like the movies, cuz in the movies they’re not in love at all.” How true this is.

This might be the time to interject that I’m a screenwriter. I’ve created characters out of the ether with my writing partner. We’ve created worlds that have never existed. Romances can play out predictably. I can write fake love. I can tear apart any TV show or film to determine what tropes are being used. Are they an odd couple? Are they a will-they-won’t-they situation? The love may seem really real, but they are saying lines perfectly crafted sometimes by multiple writers through multiple drafts. When the scenes are over, the actors go back to their trailers. That twinkle of love is fake.

It’s so easy to get caught up in how things should be and not in how things are. Even with reality TV, how many of those romances are scripted? Next time you watch a reality show, also realize that there are writers for those reality shows. How many scenes are perfectly edited together to create a flawless romance? To me, this seems boring. I want to look at my partner with confusion when he says he dislikes one of my favorite foods. I want him to look at me like I’m from a different planet when I say I haven’t seen his favorite movies.

There is beauty in realness. If what you want is a fairy tale, what happens when you hit the inevitable road bumps in life? What happens when the prince/princess gets a random skin break-out or gains five pounds over the holiday season? What’s more interesting is the levels beyond superficiality. What’s interesting is the deep conversations about what matters to each of you. What’s more interesting is feeling like you’ve known someone forever and wished you had known them for more time than you have. I want something that is better than a fairy tale. Not everyone needs a meet-cute story.

I don’t want to be the princess that is kissed at the end of the movie by a man who barely spoke. I want to be able to be silly. Fairy tales never allow for this. Give me the messy! Give me the awkward! If what you’re looking for is a fairy tale, there will never be satisfaction. I want a real tale, not a fairy tale. Believe me, it’s a much better story if you accidentally stepped on their foot while dancing rather than if you chased after the girl who lost her glass slipper.

If you like this article, please share it! Your clicks keep us alive!
Tags
The Little Mermaid
Hans Christian Andersen's Fairy Tales
The little match
fairy tales
Relationships