How I Found My Middle Ground In The Gun Debate 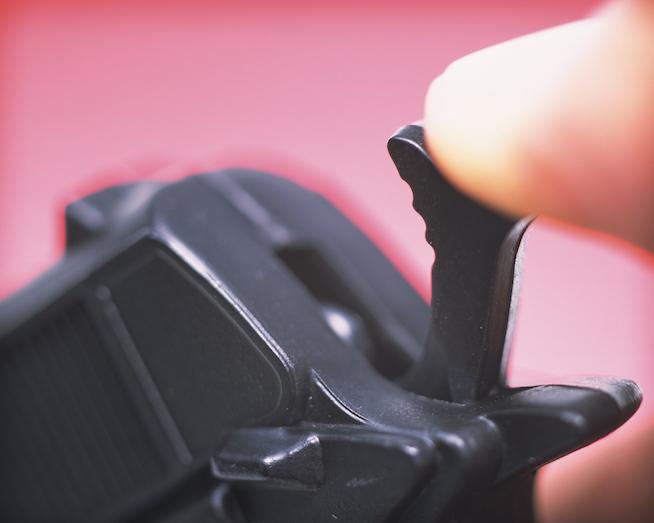 One day, the phrase “Please no guns on the kitchen table” actually came out of my mouth.

Like many people, I got emotional watching President Obama get teary while talking about the young victims of mass shootings in our country. But before I was finished the two-minute video, my husband came over with his iPad, chuckling.

It was a story about a local business owner who has made a custom semi-automatic rifle as a special keepsake for Donald Trump, who visited our town this week.

I took a minute to consider moving abroad.

“C’mon, it’s funny,” my husband urged. I knew that he probably found the story a bit ridiculous, amazing, and not inherently wrong. My look told him I only agreed on that first adjective.

They say that opposites attract, and that’s definitely true for us. I was always bookish, and he was the cool guy. He likes savory treats, I’ll always choose sweet. I can’t stand guns, he thinks they’re fun.

Normally, this would mean conversations and compromise. But because my husband works in law enforcement, guns in the home have become my reality — a reality that took a long time to accept.

My husband brought home his first gun while I was at work. When I came in he pointed to it proudly, while I stood firmly on the other side of the room, looking at the firearm like it was an unpredictable animal that could spring up to bite me at any moment.

“It can’t just go off out of nowhere,” my husband said when he noticed my skittishness.

He didn’t understand my hesitation. For him, a gun was a tool — one that demanded a healthy respect, but that he was 100 percent in control of. My husband is Australian, and grew up in a nation that has strict, common-sense gun laws that were enacted nearly 20 years ago after a mass shooting much like those that have become too common in the American news cycle. Gun violence isn’t part of the national dialogue down under, and firearms are viewed as important tools for the military, law enforcement and farmers, but unnecessary for everyone else.

I, on the other hand, was raised in America, where gun violence is heartbreakingly common, and firearms injure an average of 297 people each day. I’d been brought up on polarizing messages pushed by media outlets with competing agendas: Either guns were a quintessential part of American life, or they were a deadly and unnecessary evil that could strike inexplicably at any moment. Growing up in liberal New England, you can guess which message I heard more of.

My husband locked the gun away, and I tried to put it out of my mind.

But ignoring a problem rarely works well. My husband would leave for work with the gun strapped to his belt, and my stomach would lurch. He’d come home and set it on the kitchen table while he washed his hands, and I would seethe.

One day, the phrase “Please no guns on the kitchen table” actually came out of my mouth.

It was time for a new plan: Know your enemy. I decided that since the firearm in my home was here to stay, I would do all that I could to make myself comfortable with it. I refused to be intimidated by an inanimate object.

I asked my husband to teach me about the gun. I was able to tell if it was loaded or unloaded, and to unload it myself. I spent an afternoon in my office with a hunting rifle and snap caps (dummy cartridges that mimic live rounds, but allow you to shoot an empty gun without causing damage to the firearm). Instead of interviewing and typing, I spent my workday understanding how the mechanisms of firearms worked.

My husband taught me how to handle the gun properly, breaking my habit of holding it away from myself with disgust. I went shooting, and although I hated it, I really learned that a gun is just a piece of metal. The power is in the hand that holds the trigger.

As the gun became demystified, I understood the rarely-seen middle ground in the gun debate. Nearly a third of Americans live in a household with a gun, whether by choice or necessity. For most of them, responsible gun ownership is routine and, to be honest, boring. Although I never imagined I’d be among them, I’ve discovered that it’s actually not so scary after all.

If you like this article, please share it! Your clicks keep us alive!
Tags
gun debate
Obama
Trump
Australia