The Baby That Wasn't There 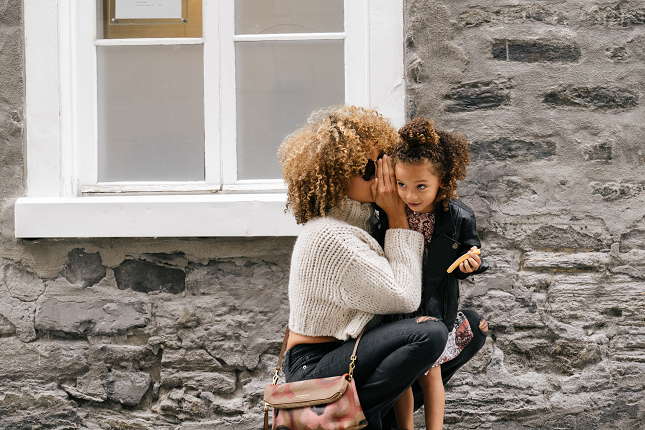 One. One is the number of pills that I missed while on my honeymoon. I doubled up the next day.

Eight. Eight is the number of days I was late the following month.

Four. Four is the number of pregnancy tests I took — on FOUR SEPARATE OCCASIONS.

Two. Two is the number of times the nurse stuck my arm to draw my blood for a pregnancy test.

And five. Five is the number of minutes I sat in my car and cried when the realization set in.

It just wasn’t there. No baby. No. Baby.

Now, you may be confused, and that’s OK, because truth be told, I am too. If you’re sitting there thinking to yourself, “Hold up! Isn’t this the same chick who said she didn’t like parenting? Isn’t this the same chick who said she might rather be in Paris than making life or death decisions for her kid on a daily basis? She said she didn’t want a Black son, right? Didn’t she go on and on (and on) about how it’s hard and tough and wah wah wah?” Yes, it is I, the one who doesn’t like parenting (all of the time).

Yes, it is I, the one who routinely tells young girls that if they can do without having kids then don’t, but if they just must, wait as long as humanly possible. And yes, it is I, the one who when faced with the reality that she actually could be pregnant, got fairly giddy and excited and relished the opportunity for a do-over of “new mommy magic” (because the first time had about as much sparkle as the bottom of a construction worker's boot).

I should have been thrilled. My life could continue, completely untouched by the shrill cry of a newborn pleading for the smell of his mother’s bosom. My career could continue to thrive, without ever being interrupted by a toddler begging to play peek-a-boo one more damn time. My sleep would continue uninterrupted, my husband and I could continue to have sex whenever we wanted, and because I wasn’t pregnant, I had successfully evaded the threat of having a second child with special needs. That was a HUGE bullet to dodge.

But honestly, I don’t really feel like the bullet dodged me at all. It feels like the bullet hit me, and hit me hard. It hit me hard and tore through my uterus only to lodge itself squarely in the center of my heart. I didn’t know I wanted another baby, until I did. I didn’t realize how much I longed to see the incarnation of Mister and I in a small person until I realized I wasn’t going to see the incarnation.

I wasn’t going to curl perfect ringlets of reddish-brown hair around my fingers for hours on end. There was not going to be a daily counting of freckles on a nose too tiny to be real. I was not going to gaze down into eyes with lashes a mile long, and they were not going to stare up at me while drinking milk, blinking slower and slower by the minute until they eventually closed, and our baby drifted off to sleep in my arms.

Charlotte Elizabeth was not going to meet her big sister. Solomon Andrew would never meet his brothers. I was not going to lament on how blessed I am to have brought a beautiful being into the world with a man who is all that and then some, PLUS a bag of chips. It just wasn’t going to be.

And because we had long ago decided we didn’t want it to be, and took the steps to make sure it would never be, I should have been over the moon when it wasn't. But I wasn’t. I was 10 feet under the heaviest rock I’d had to lift in a long time.

Like I said… I didn’t know that I wanted another baby, until I did.