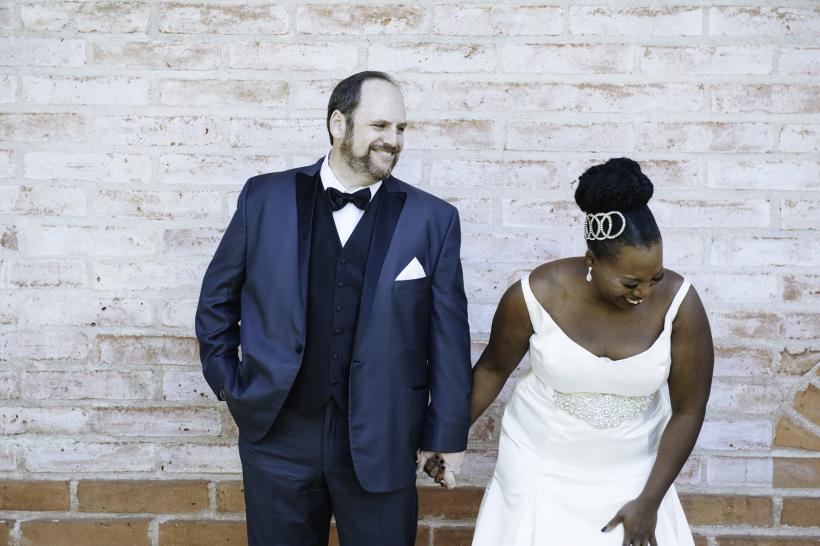 When I tell you that we couldn’t be more different if we tried, I’m not kidding. Image: supplied.

This blending shit is not for the faint of heart, folks.

Remember being a kid and imagining the kind of person you were going to marry?

I do. At 6 years old, I proclaimed proudly that I was going to marry a man named Ken (or maybe it was Kevin) and we were going to have two kids (Bobby and Rebecca), a big house with a white picket fence, and a golden retriever. Oh, and we’d be 21 when we got married, having our first kid by 22 and last by 24.

Thank god for those imaginary children that this dream didn’t come true.

Those kids would have had my behind on Maury by now.

Fast forward 32 years, and yes, I did finally marry the man of my dreams. It was just a very different dream. This dream culminated in a man (an atheist even) 12.5 years my senior, his two grown sons, and my 6-year-old daughter.

It also came with a full bar because BLENDED FAMILY.

(For the sake of his privacy and my sanity, we’ll call him “Mister” from here on out.) 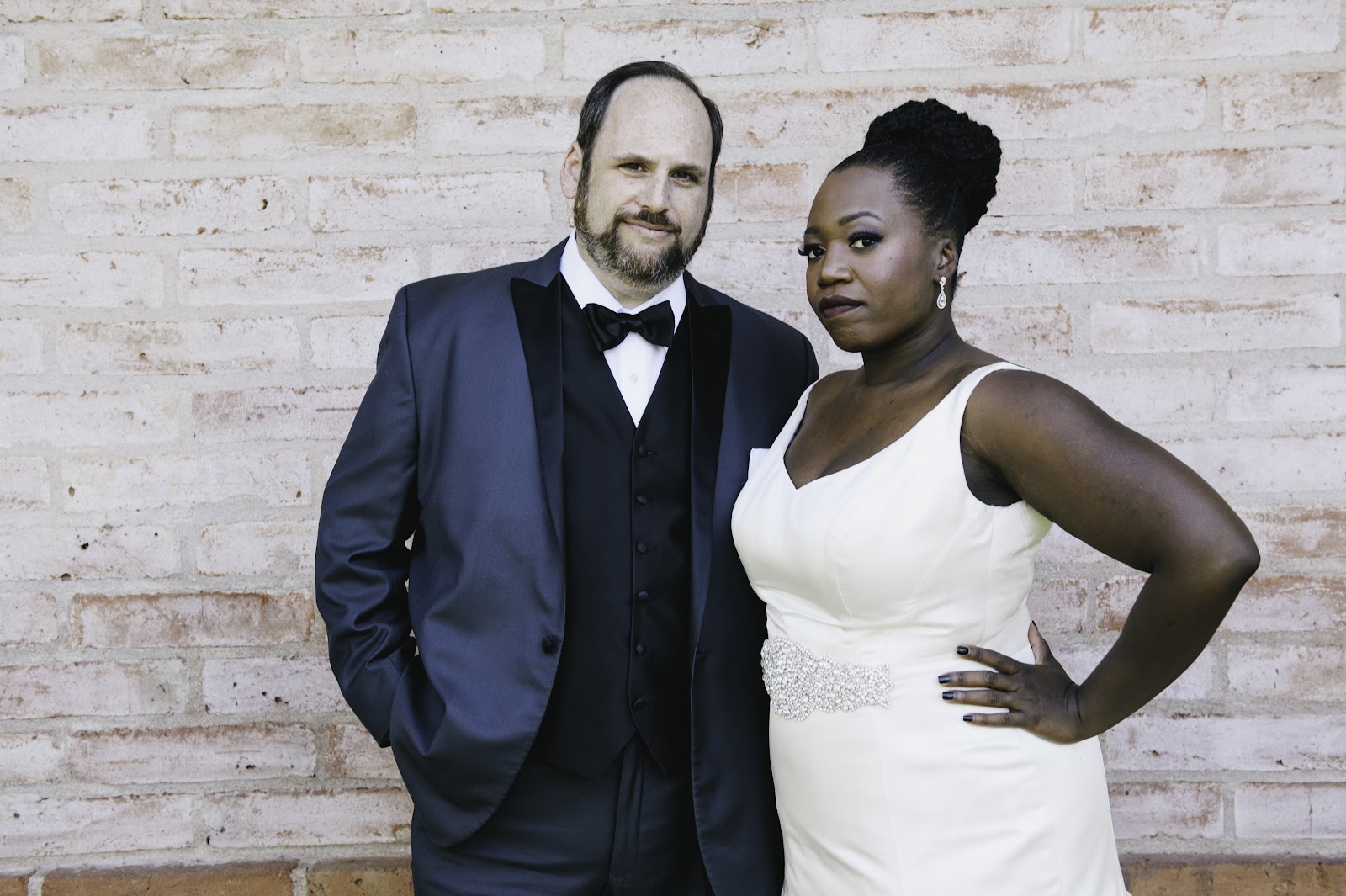 Let me tell you folks, blending families is not for the faint of heart.

We are two people who are more than a decade apart in age, one raised middle-class and one raised dirt-poor. One grew up in one house up until they left for college, and the other has to use fingers and toes and both of someone else’s hands to count all the places they’ve lived. One was raised in an Afro-Latinx family with loud music, heated arguments, and grudges, and the other raised in a Jewish family with loud talking, heated arguments, and hugs 2 seconds later.

Let me add to this that I was raised as an only child by an incredibly strict single mom, and he was the baby of the family, with two pretty laid-back parents who are still married to this day.

When I tell you that we couldn’t be more different if we tried, I’m not kidding.

Very, very carefully. And with a bottle of wine… or 50.

You can imagine that the differences in our upbringing greatly affect our views on parenting, and this difference greatly affected our ability to peacefully cohabitate when we first moved in together.

I grew up fast and independent. Typical latchkey kid — I could cook, do my own laundry, and take buses across town by myself by the time I was 13. I expected the same level of independence and autonomy in his two boys.

Mister, on the other hand, was a personal taxi driver, chef, and laundromat. This was not working for me — at all. I was not about to be anyone’s maid, and I surely did not expect him to be a butler.

Except now, a woman was around. All the time.

Our first night of living in the same house I saw my 17-year-old stepson naked. He stepped out of the bathroom right as I was coming into the hallway to talk to Mister. That, my friends, is something I can never unsee.

I have been snarked back to for making people put their dishes in the sink, told “I hate you,” and told, “We didn’t choose you, he did.”

I've also been comforted by their concern when my mother was hospitalized for a month over the holidays, and was moved to tears just after their father and I officially became husband and wife: The older of the two hugged me and said, “I have two mothers now.” I've watched my daughter fall hopelessly in love with her new big brothers.

This blending shit is not for the faint of heart, folks. I’ve slammed doors so hard pictures fall off the wall and shatter. I have drunk entire bottles of wine by myself, because stepkids.

I have also learned to look with empathy at the teenage heart and mind.

But every day I show up, and I try to get it right.

So, this is my dream life.

It is a far cry from my 6-year-old fantasy, but life has that way about it.

You ask for plain chocolate ice cream, and it gives you vanilla with sprinkles, pistachios, and caramel sauce. Not at all what you asked for — but as it turns out, you love it. You crave it. You need it.

And you wonder how in all the years beforehand you never knew it could be this good. 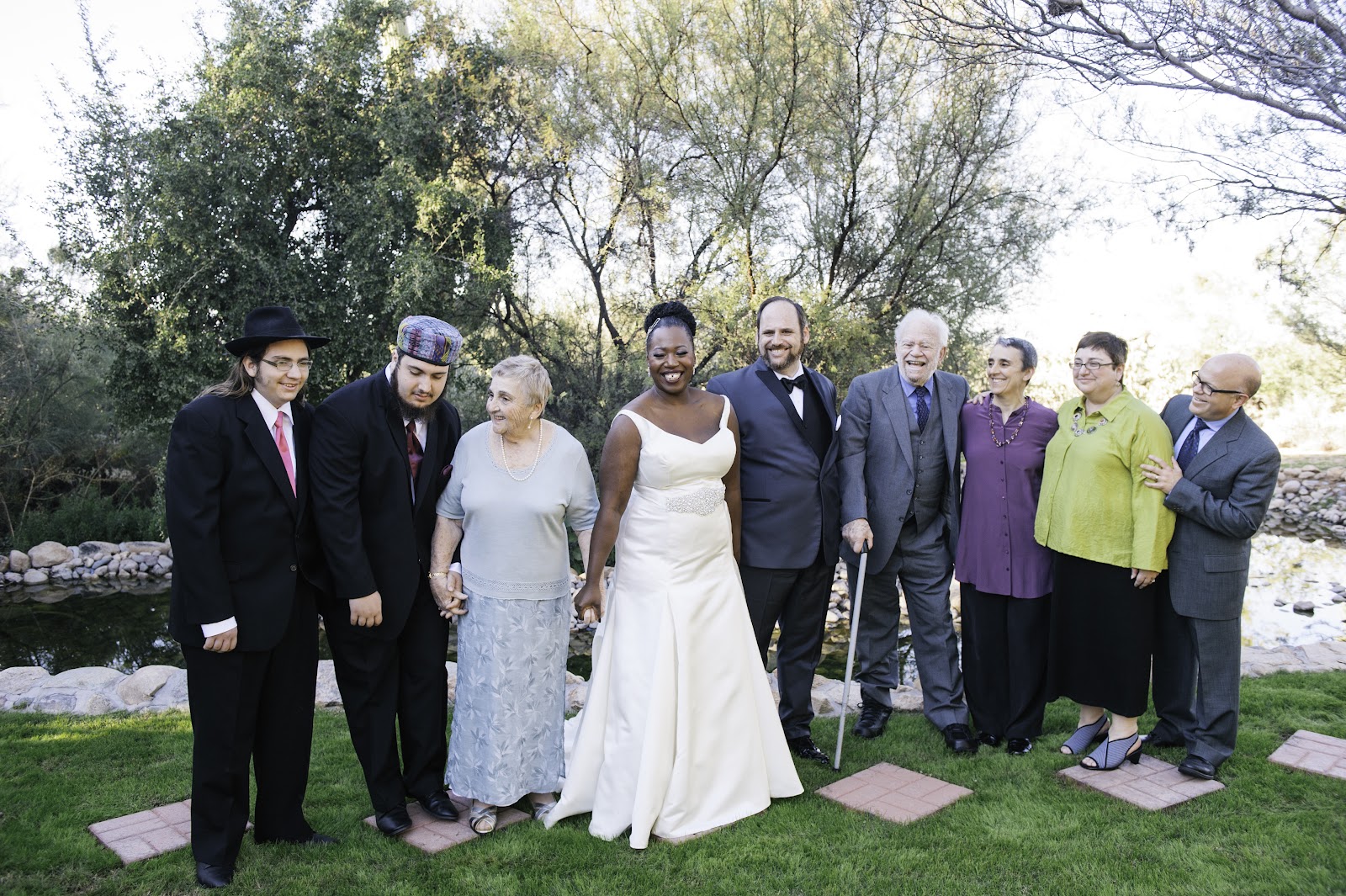 If you like this article, please share it! Your clicks keep us alive!
Tags
families
marriage
blended
step-parents
afro-latinx
Jewish