Ask Erin!: What Do I Do About My Boyfriend Ignoring Me? 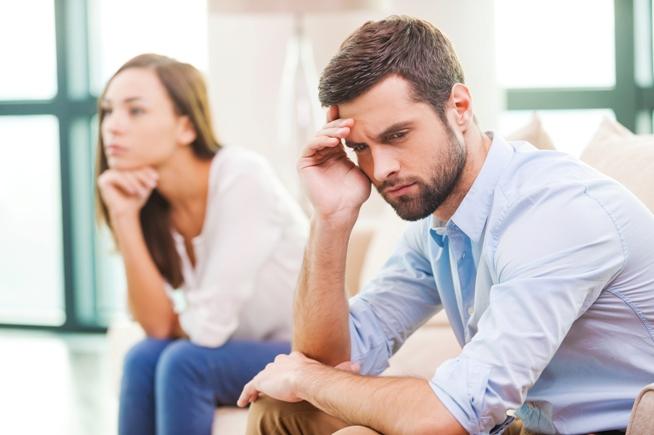 My boyfriend is ignoring me. I am 32 and he is 34. We have been together for six months. We are both pretty busy with work etc, but I always make him a priority. I always feel like I am giving more than he does and it’s come to a crisis point.

Yesterday, he was supposed to come over later in the day. He wasn’t answering my texts or calls and I wasn’t sure if we were still seeing each other. Finally, he sent me a text that he was on his way. Twenty minutes later, he called and said his car was acting up and he couldn’t come over.

He had a nasty tone in his voice. He said he was annoyed, that I was pressuring him, and he had already spent the past two days with me and that I had been annoying him all day with my calls and texts. I told him I was sorry and he hung up on  me. And, HE KNEW HOW UPSET I WAS!

I don’t hear from him the rest of the day, until 10:30 when he texted me “goodnight, I love you.” It pissed me off. I wrote him a long text back telling him how he hurt me and that what he did was really wrong.

I saw that at 6 a.mthis morning he opened and read it. It is now 3 p.m. and I have heard NOTHING back. I can see he has been on Facebook on his phone, so he is purposely ignoring me.

I have not texted him again but I don’t know how long I can hold out! What should I do? Do you think I should call him or wait to hear from him? I know he knows how upset I was, and I still am, so what gives? I feel like I am going to explode.

Alright, you might not like what you’re going to hear from me. Reading this, I felt a little smothered for him. So I can only imagine what your boyfriend might be feeling.

I get why you were annoyed. He had left you hanging all day, when he should have let you know earlier that he wanted solo time. And yes, the car trouble could be an excuse. However, I think you overreacted.

I am not saying you don’t have a right to your feelings and to express them. You do. But so does he. He expressed his feelings to you — he wanted alone time, he was feeling pressured. There is no right or wrong to that. Just as you are feeling ignored, perhaps he is also feeling unheard.

Why can’t you take his goodnight text at face value? If your boyfriend, after a disagreement, texts you and says “Goodnight, I love you,” it’s probably because he loves you.

As for his lack of response to your long text, it doesn’t surprise me. In my experience, most men move on after an argument, they don’t love spending a lot of time reliving every inch of what you felt. Yes, he owes you an apology for being snappy, but after that I would let it go. Just because he has been on social media, does not mean that he has had time or space to digest your long text message.

Another thought: Maybe he’s not the right guy for you. I find when one partner is feeling chronically dissatisfied by the amount of attention/affection/etc. coming from the other partner, that y’all might not be the best match. If I were your boyfriend, you would make me feel completely suffocated. But, that’s me. There are plenty of men and women out there who like giving and receiving as much as you do. People generally show us who they are early on in relationships. It’s an exercise in frustration and futility to try and force someone into our mold of who we think they should be.

If you have a question for me about dating, sex, grammar, the films of Dario Argento, Castelvetrano olives, or anything at all, email me at rarelywrongerin@gmail.com. As always, your anonymity is golden. xoxo

If you like this article, please share it! Your clicks keep us alive!
Tags
dating
advice
love advice
Relationships