My Road To Recovery From Fitness Modeling 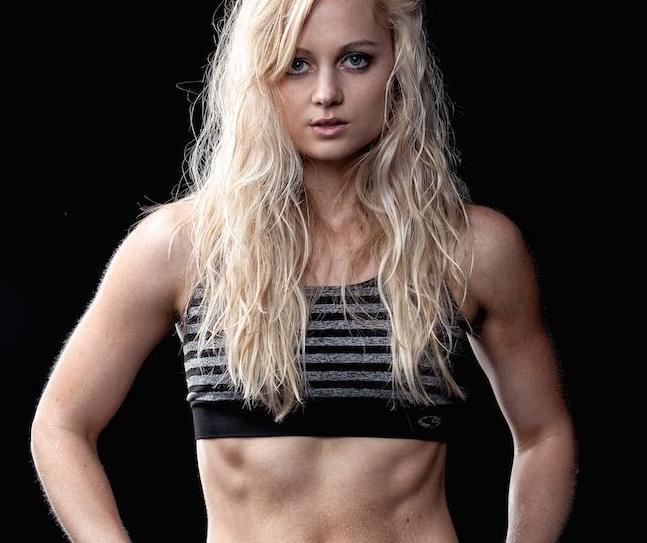 Every time I sat down to eat, I gave myself an opportunity to experience compassion and stop my self-judgment.

“I’ll have a bowl of oatmeal, and a side of three egg whites,” I told the waitress as I surveyed the multitude of pancakes, French toast, and omelets surrounding me accompanying dozens of happy brunchers.

“Sure, I’ll have that right out,” said Chrissy, my more-than-bubbly waitress. As she started to turn to walk away, my heart started beating faster as I spontaneously decided that this would be a milestone moment for me. It was time.

“Actually, you know what? I will go with the blueberry pancakes, please,” I said with a half-hearted smile, full of fear, anxiety and a little twinge of shame for ignoring my clean eating scoreboard.

“Oh, great choice!” said Chrissy as she scooted off, oblivious to the fact that I was having a monumental moment and needed her to stick around and cheer me on with explosive joy, encouragement, and hand-holding.

But nope, I was left alone. I was forced to sit with myself and only myself, facing the consequences of what awaited me: fluffy flour, sugar, sweetness, and an uncontrollable tastebud explosion.

After eating nothing but chicken, egg whites, oatmeal, peanut butter, broccoli, and protein powder for five months, I was terrified of what anything outside of these six boring foods would do to my “perfect” yet useless body.

I say useless because, well, it was. Useless. Utterly useless.

I found myself isolated from my peers out of fear that their spontaneous nature would threaten my rigid lifestyle.

Up until that month, I spent all of my time training in the gym twice a day, working towards the goal of creating a perfect body, AKA a perfect life. If only I could lose a little weight here, and shape up a little there, I would feel complete. If I could only get my diet down to science, a numbers game, I would finally feel like my entire life was under control.

Oh, how false that was.

By the end of the five months I spent training for my second fitness competition, I had tried everything possible to lose more weight. The first competition I did, my weight flew off instantly because of the shock of rigidity. By now, my body was used to it. Calorie reduction was old news.

In an attempt to shed the weight that my body so desperately clung to, my diet coach put me on several different diets, one of them being a no-fruit plan. Another one included eating 237 grams of protein every day. Another one just reminds me of a simple don’t eat at all plan because everything he told me I could eat was disgusting (I’m talking oatmeal blended with spinach, nutritional yeast, and chicken).

In an attempt to please my coach, I followed his orders.

Where did this get me?

It led me down a very dark place that resulted in self-hatred. I had never been a very confident kid when it came to my body image, but the constant reassurance I received from my coach about the poor quality of my body only confirmed my suspicion: I was a “work in progress.”

The more I listened to my diet coach, the less I enjoyed my body.

More than that, I found myself isolated from my peers out of fear that their spontaneous nature would threaten my rigid lifestyle.

By the end of the prep phase, I had lost my period for the fourth time in my life (at only 22-years-old), I was taking Advil PM to sleep every night, I was drinking poop tea in order to stay regular, I hadn’t gone out to eat at a restaurant in over four months, I lost most of my friendships, I had nothing to talk about with my family, and I had the worst gas in the world (did you hear the part about 237 grams of protein?).

So what did I decide to do? I decided to pick up and move, like a thief in the night. I didn’t tell anyone about my move besides my parents because I knew it was something I needed to do, regardless of what anyone around me thought about it.

Into the mountain I went.

As I started this new adventure in a town where I had no friends, I also decided it was time to take a break from social media. I was known as the bodybuilding gal and it was time to break away from that label.

I knew it wouldn’t be easy, but I started with making a pact with myself to stop posting pictures of my Lululemon-covered glutes on Leg Day. Knowing full well I relied too much on these instant shots of dopamine, I reduced the amount of admiring “likes” and comments I would gain from strangers across the world.

While these things were tough, nothing compares to the struggles I faced in the kitchen. I was introduced to diet recovery guru Matt Stone, one of my mentors to this day — but at the time, he was my “just eat the dang food” guy. He told me to eat, rest and take a chill pill.

What a revolutionary concept.

Since I hadn’t not been on a diet for at least six years, I was on a constant search to find a diet plan that told me how to eat the food. I wanted a diet that helped me to eat more.

Counting macros! Yes! As long as I count my macros, I can eat Pop-tarts and sushi!

A couple days later, my head was spinning and my heart was crying to let go of it all. I switched over to another plan that was marketed as a “food freedom” plan, but it was ultimately just another well-marketed diet.

When that didn’t fit my fancy, I switched to another, trying to find a plan with clear-cut guidelines that still promoted freedom.

And then it hit me… there is no such thing.

The reason why I found myself in so much trouble to begin with is that I thought my diet would bring me happiness. I assumed that if I could find a perfect diet, I would create a perfect body, and, therefore, have a perfect life. Just because I stopped doing bodybuilding competitions didn’t mean that I stopped dieting. That was an entirely different decision I had to make.

And so I made it. It may have started with blueberry pancakes, alone in a foreign café with nobody to celebrate and jump for joy with — but it was in those solo moments that the real healing happened.

On more than one occasion, I found myself crying in the middle of Whole Foods after eating “too much” at the hot bar and judging myself against all of the yoga-doing, light-sushi eating moms. I have memories of feeling guilty for loading up at an Indian food buffet when all the guy next to me ate was a light salad.

But in the end, I was still alive. I was OK, and soon enough, I started to realize that every meal was a chance for me to experience freedom and self-love.

Every time I sat down to eat, I gave myself an opportunity to experience compassion and stop my self-judgment. I may have struggled, kicked, and cried, but even those moments were healing. I was allowing myself to feel every single emotion. I stopped fighting my intuition, and my human desires, and that was healing.

Recovering from any disordered eating struggle will bring forth situations of discomfort, but with each experience, you can also find beauty. You can learn to practice compassion towards yourself as you “figure all this out.”

It may feel like food freedom is a long way away, but it’s closer than you think. Every meal brings an opportunity to listen to your body instead of a piece of paper holding a one-size-fits-all diet plan. You don’t need to pick up and move across the country in order to step into your power — all you need is a desire to be true to yourself simply because you deserve that.

If you like this article, please share it! Your clicks keep us alive!
Tags
fitness modeling
Eating Disorders
dieting
body acceptance
food freedom 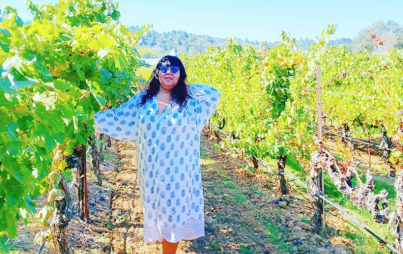 Take The Cake: Dieting Used To Be Gender-Affirming For Me