Daddy Isn't A Hero — He's A Real Man Who Has Depression 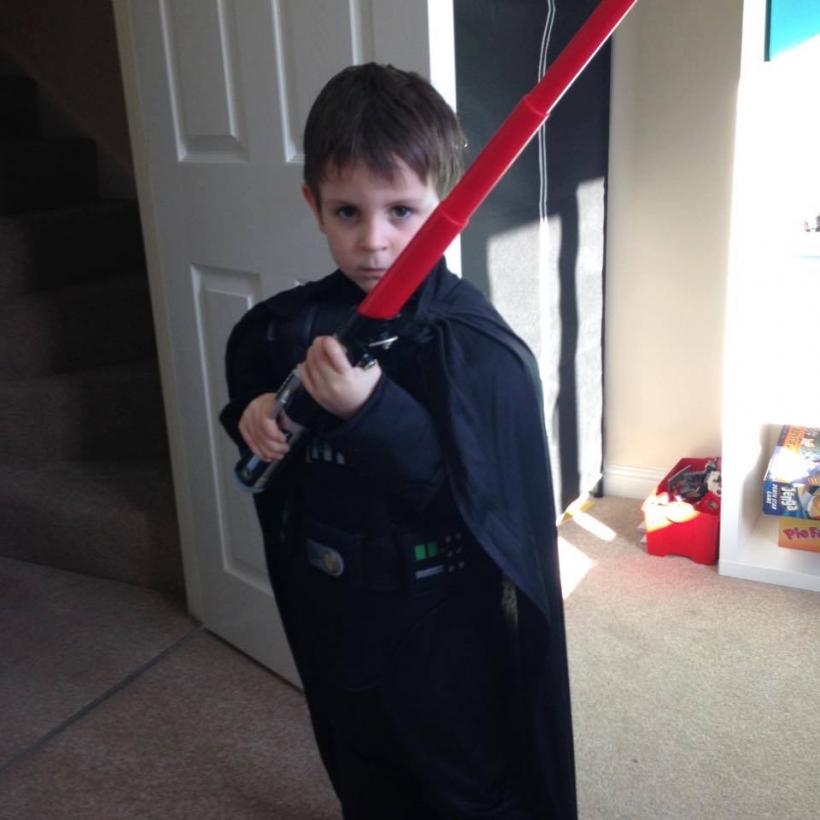 I expect we all fantasise about being a superhero sometimes, but even Superman has kryptonite. Image: Matthew Williams.

Single dad Matthew Williams is a hero to his children. He is honest about living with depression.

My house is home to various superheroes. I have a four-year-old son and superheroes hold a particular fascination for little boys, a fascination that I would suggest endures in big boys (Superman, in case you were wondering).

My son’s hero of the moment is Hulk, in all his muscular green glory. As fathers I guess we all want to be a hero in our children’s lives. OK, I’m not muscular, I don’t have superhuman strength, and I’m not green (alright, so I’m not going to lose sleep about that one). I have managed to split two pairs of trousers in recent years, although sadly this was due to an expanse of added girth rather than muscle…

Anyway, back on topic – there can’t be many better things in life than being a parent to young children during those formative years where you are infallible, the all-knowing source of all the world’s knowledge; of love, security and tickles. These are precious years; years that pass too quickly as your little ones speed towards adulthood and the ever increasing awareness that their parents are fallible.

What I never wanted, nor expected, was for these years to be punctuated by my second spell of severe depression.

This morning, as I packed my son’s ‘plush Hulk’ ready for a bedtime reading session at school, the thought struck me that Hulk could act as a rather appropriate metaphor for depression. Hey, maybe there’s an article in there somewhere…

According to Wikipedia Bruce Banner:

‘…physically transforms into the Hulk under emotional stress and other specific circumstances at will or against it; these involuntary transformations lead to many complications in Banner’s life. When transformed, the Hulk often acts as a dissociated personality separate from Banner.’

As a depression sufferer this has a familiar ring to it. Mind you, I can’t say that I looked or felt very Hulk-like in my depressed state. I was less Hulk, more….. Husk.

‘Husk: a person who has no substance, personality, character or knowledge. An empty shell of a human.’

“An empty shell of a human.” Wow. That hit home.

So let me introduce you to The Husk:

“Ladies and gentleman, let’s get ready to…… sink into a pit of hopelessness and despair.”

Hmmm, doesn’t exactly trip off the tongue does it? I might need to work on that a bit…

What form did my transformation take? Some people are very good at hiding their depression, I’m not one of them. Whilst not as obvious a transformation as from Bruce Banner to Hulk, the transformation from Matthew to Husk was plain for all to see, and hear, because one of the most noticeable things about me is that I tend to talk. A lot. And loudly. Well, not when I was depressed I didn’t. It took all of my effort to string a coherent sentence together.

In terms of physical appearance there were also glaring signs. Like the almost physical impossibility to smile. It was almost as if gravity were doubling its efforts, pulling my shoulders and facial features towards the floor. And if, with some considerable effort, a smile were to creep across my lips, then the eyes were a dead give-away.

It is said that the eyes are the windows to the soul and as the shadow of depression fell upon my soul these windows became clouded and misty. Look away please, there’s nothing to see here.

Now that I am recovered I have no shame in admitting my depression. In its unforgiving grip however I wished to hide myself and my illness away from the world. Without this possibility my children got to see a very different Daddy. Superman had left the building.

I expect we all fantasise about being a superhero sometimes, but even Superman has kryptonite. As parents we wish to shield our children from the harsh realities of the world for as long as we can; sometimes any choice in the matter is taken away from us. At such times it is easy to beat yourself up (it’s what a depressed person does most of the time) for failing to protect them, for exposing them to the painful struggle that life can sometimes become.

But, like in any challenging situation, there is also an opportunity. We get to show them that adversity can be overcome. That pain will pass. That life is not about never getting knocked down, it is about how you pick yourself up to go an extra round.

And maybe learning that Daddy isn’t a superhero has laid a solid foundation for greater lessons; in overcoming adversity, in enduring through times of struggle, and in recognising the importance of our family in helping us through our dark nights of the soul.

Read more from GMP:
If you like this article, please share it! Your clicks keep us alive!
Tags
Depression
men
father
Parent
Children
mental illness
Stigma
superhero
The Hulk
superman