The Feminist Case For Marijuana Legalization 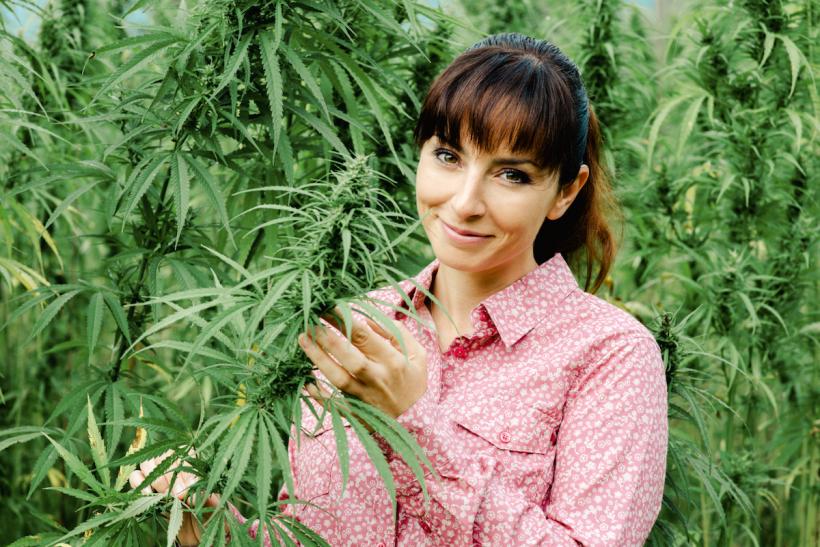 The case for marijuana legalization is inclusive of just about every marginalized group.

This political assault has had tragic consequences for generations of poor communities of color.

At the end of March, Harper's Magazine published a 22-year-old interview in which top Nixon aide John Ehrlichman admitted that the War on Drugs was largely initiated to target “black people” and “the antiwar left.”

Ehrlichman is quoted as saying:

We knew we couldn't make it illegal to be either against the war or black, but by getting the public to associate the hippies with marijuana and blacks with heroin, and then criminalizing both heavily, we could disrupt those communities. We could arrest their leaders, raid their homes, break up their meetings, and vilify them night after night on the evening news.

Did we know we were lying about the drugs? Of course we did.

As CNN pointed out last month, this was the first time the War on Drugs — which was initiated by Nixon’s administration — was “plainly characterized as a political assault.”

Whom does the War on Drugs target?

Today, modern statistics about drug policing and mass incarceration overwhelmingly indicate that this political assault has had tragic consequences for generations of poor communities of color. According to US News, an estimated 1,552,432 Americans were arrested for marijuana usage and/or possession in 2012.

However, despite nearly equal rates of marijuana usage among Black and white Americans, the ACLU found in 2012 that Black people were arrested for marijuana offenses at disproportionately higher rates than whites (up to 10:1, in some counties).

The New York Times reported that the national disparity in 2012 was 4:1. The rate was highest in Iowa, Illinois, and Minnesota — where eight Black people were arrested for every white person.

Mass incarceration isn’t a partisan issue, but to intersectional feminists who understand that gender equality can't be achieved without racial justice, it’s [...] an issue that marijuana legalization could help address.

Law enforcement against drug offenders even tends to affect sentencing as well, condemning African Americans, Latinos, and poorer Americans to longer sentences than their white counterparts, according to the Drug Policy Alliance.

Even prior to the publication of the Nixon aide’s interview, presidential candidates in the Democratic field have emerged with plans to either legalize marijuana or, at the very least, loosen restrictions on it.

Even Republican candidates have spoken about addressing drug addiction and abuse not as a criminal issue, but as an issue of mental health.

Mass incarceration isn’t a partisan issue, but to intersectional feminists who understand that gender equality can't be achieved without racial justice, it’s an issue that grows every day with our unfair criminal justice system — and an issue that marijuana legalization could help address.

At the same time, poor Black and Latinx communities aren’t the only ones that would benefit from marijuana legalization after generations of disproportionate persecution. Intersectional feminists should also be aware of how legalization would uniquely benefit Native Americans, women, and underprivileged youth.

When most people consider racism and the War on Drugs, Native Americans aren't the first demographic to come to mind.

But after decades of struggles with law enforcement comparable to what African American and Latino communities have faced for generations, In These Times reports that the legalization of marijuana on most reservations across the country has created jobs and contributed to improved mental health.

It also may be a way to combat this demographic's disproportionately high rates of alcohol addiction and Fetal Alcohol Syndrome.

Some experts remain concerned with the risk of “transferring addictions,” as well as the risk of schizophrenia and other diseases connected to early marijuana usage. But it is certainly a start to combating pervasive alcohol addiction — a consequence of widespread depression among a demographic grown accustomed to centuries of systemic abuse.

According to research dating back as far as 1978, Marijuana may be a boon for women who menstruate and experience period-related pain. Cannabis serves to relax the body’s muscles, lessen the brain’s awareness of pain, and increase blood flow to reduce the pain of cramping altogether. In New Jersey, medical marijuana is currently being considered as an option for menstruating women.

And while it is not highly effective or consistent, marijuana may even act as a weak form of birth control for its impact on ovulation. In addition, THC in vaginal mucus may act to break down sperm on contact.

Studies have confirmed that marijuana contributes to killing breast cancer cells, helping to treat what ranks as one of the most serious threats to women’s health.

And while pregnant women haven't been medically advised to smoke weed, a study published in the Journal of Perinatology finds that the drug doesn’t increase the risk of fetal anomalies, and addresses both morning sickness and labor pains.

Studies have even confirmed that marijuana plays a role in killing breast cancer cells, which would do much to treat what ranks as one of the most serious threats to women’s health.

And, on a lighter but still very important note, Women’s Health magazine notes that the drug also famously helps many women orgasm by heightening the senses through increased blood flow.

In her book, Mary Jane: The Complete Marijuana Handbook for Women, Cheri Sicard asserts that it's even very possible that the physiological experiences of being high and having an orgasm have similar effects on hormones and the brain.

Considering that many victims of paralysis who suffer from neuropathic pain find relief solely from medical marijuana, but have no legal access to it, its criminalization is tantamount to ableism.

“It's difficult to hear politicians decide my fate without any real research. They so easily can make a decision opposing medical marijuana without knowing what many people are going through every day. Where is the compassion or even just some simple logic?”

Rachelle Friedman, a quadriplegic since 2010, writes,

Imagine having to use a wheelchair because you have a spinal cord injury, multiple sclerosis or cerebral palsy and suffer from spasticity. [...] Or maybe imagine what it feels like to wake up screaming from unbearable pain. [...]

It's difficult to hear politicians decide my fate without any real research. They so easily can make a decision opposing medical marijuana without knowing what many people are going through every day. Where is the compassion or even just some simple logic?

It has become a norm for families with children suffering from seizures to travel, sometimes across the country, to Colorado for access to legal marijuana. Called marijuana refugees, many seizure victims found pharmaceutical pills ineffective but couldn’t obtain marijuana in states where the substance remained illegal.

Legalization is good for young people

Colorado legalized marijuana in 2012. By November 2015, the state had raised $66 million in marijuana tax revenue. The Associated Press reports a 10 percent sales tax and additional 15 percent excise tax on recreational pot in the state.

Ironic as it might seem due to the pervasiveness of anti-drug campaigns in public schools, this revenue has gone toward school construction, community youth mentoring, bullying prevention grants, drop-out prevention grants, funding for Future Farmers of America and other 4-H youth development programs, and, of course, “drug education and prevention programs,” ATTN: reports.

The feminist case for marijuana legalization reaches beyond the notorious classism and racism of the War on Drugs to address the plights of Native Americans, women, and kids in public education in lesser-known but important ways.

It’s inclusive of just about every marginalized group — and it’s time for intersectional feminists to acknowledge this.