Take The Cake: We Made A Pact To Become Powerful Women 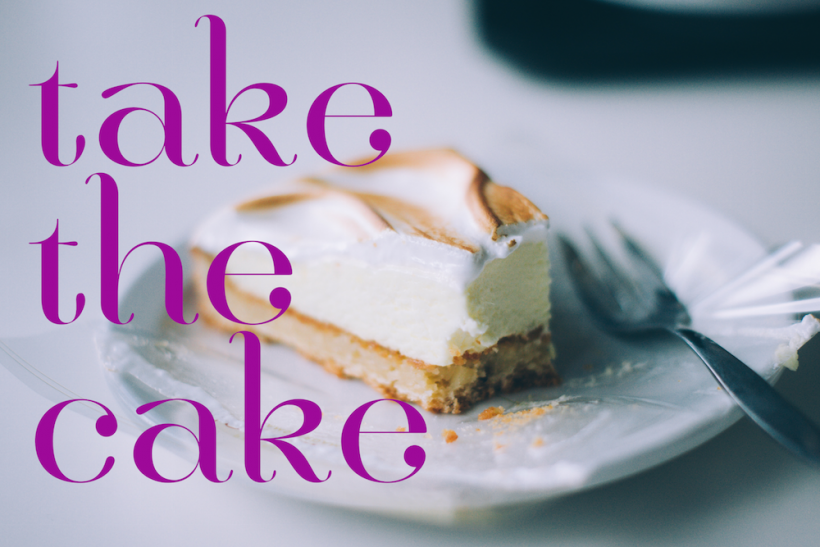 What if we acted like everything we want is totally normal, like we’re entitled to it...? Image: Alisa Anton/Unsplash

In my old-school, never-been-renovated kitchen in San Francisco, I have a breakfast nook where all the scheming and plotting and processing in my house happens. My kitchen table has seen tears, cups and cups of end-of-a-long-ass-day tea, cake binges, and about a hundred plates of therapeutic chilaquiles.

I have the rare pleasure of living with one of my best friends. Her name is Kori. She’s, like, one of those women you want to know immediately. Her nails are painted a different color every day. I know how long it’s been since she left the house by how much the entryway smells like fruit (she’s a body spray-lovin’ lady).

I met Kori at a plus size clothing swap five or six years ago.

She sat on one end of the only sofa in the place. She carefully looked through and folded tops and dresses with literally none of the frenetic energy possessed by the usual clothing swap attendee.

I sat to talk with her and she told me about her plus size clothing business, dispensing opinions and reflective questions with a flirtatious groundedness: “I don’t think you really like that top,” she’d say, like a philosopher.

I was totally friend-smitten after our couch talk, but she didn’t have time for new people in her life, it turned out. She was busy with her marriage, mostly. But I was patient; I didn’t take her boundaries personally.

A few years later, she got in touch. She told me she was giving her life a makeover, and this version would be filled with fabulous big ladies. I was in.

The other night, we sat at the nook. I gave her a charm that I picked up at the Grand Bazaar in Istanbul, to ward off the evil eye. She loves crystals and talismans. I hadn’t seen her since I got back from my trip.

Earlier that day I had weathered a shitstorm: My Twitter account had been attacked by an angry mob of woman-hating racists.

Fox News ran a story about a lecture I’d given at the University of Minnesota on dispelling myths about fatness. I spent 45 minutes deconstructing diet culture, talking about the physical toll that discrimination takes on people’s bodies, and encouraging students to refuse to feel shame about their bodies or how they ate.

We talk about feeling crazy, because that’s what our culture does to women who really want something, anything.

Fox twisted my words, making their headline about “thin privilege,” a topic I almost never discuss because, hey, don’t care that much. In fact, I’m almost sure I didn’t even mention the phrase “thin privilege” in my talk, but that was the headline. I had received an email from them asking for a quote and permission to use an image.

Before I had the chance to deliberate, they ran the story. I found out because my Twitter feed was deluged with people predicting my heart’s imminent failure.

Several conservative talk radio shows emailed me asking for interviews. The part of my brain dedicated to scarcity-thinking and people-pleasing urges me to say yes.

Always says yes, it says. You never know if this might be your last chance to be heard, it says.

Just like the first time we ever spoke, her sage advice is terse: Protect your fucking heart, she writes back.

I just started re-learning how to feel things, how to let things in. I cry when I look at trees sometimes, while I’m listening to Stevie Nicks in the car, during deep breaths at meditation, when I think of how unlovable I feel because my mom left me so many times, when I think of how I let this fucked-up culture take my body away from me for so long.

I realize Kori is right. Of course.

That’s a lot of fucking work, and they don’t get to have that. Not anymore.

Kori gets home, fires up some bacon and kale.

I tell her I have an idea. She loves my ideas, my schemes, our witchcraft.

We talk about feeling crazy, because that’s what the culture does to women who really want something, anything: It makes us feel like weirdo outcast lunatics.

“What if we acted like everything we want is totally normal, like we’re entitled to it, and then we acted like anyone who doesn’t want to give it to us is the crazy one?”