On Parenting And Compulsory Heterosexuality 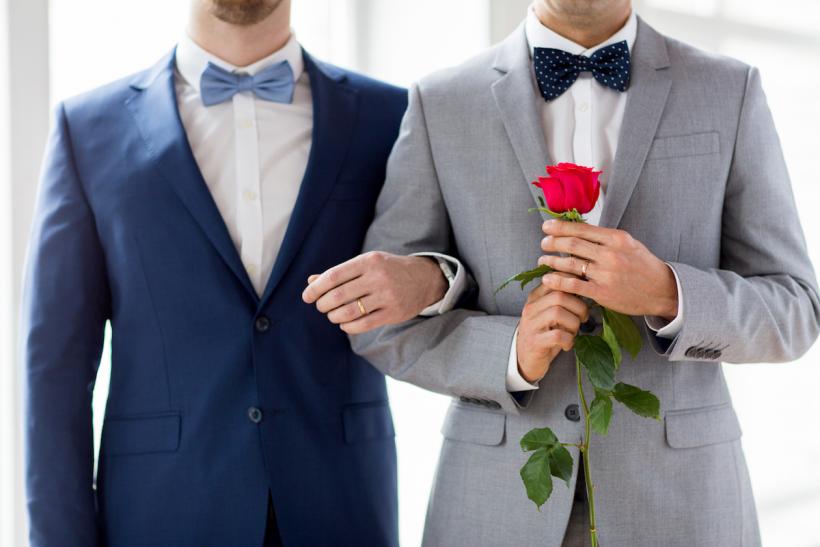 The assumption of heterosexuality might seem incredibly harmless, because it’s so pervasive and it’s “the norm.”

I remember being a queer kid and not knowing what that meant. I didn’t have a word for how I felt, and I didn’t hear the adults in my life talking about my experience.

My parents would make comments about when I would be old enough to date boys, and I wondered, What if I wanted to date girls? When I played with boys, there were jokes about how maybe we would get married someday, ha ha. No one ever made those jokes when my girl friends were over. “Playing house” always entailed a mom and a dad, never two moms.

This was all very confusing to me because, while I liked boys well enough, I knew that I also liked girls.

I wondered what it would be like to kiss the girl in my English class, the one with the long, dark hair. I got butterflies in my stomach around one of my fellow cheerleaders. And I could imagine a future where I settled down and made a life with someone that wasn’t a man.

It wasn’t until college that I found out what bisexuality was and, later, that queerness existed. It was then that my feelings made sense and things about my childhood began to fall into place. I often think about the shame and confusion and stuffing-down of feelings that I dealt with in my childhood and teenage years and what it might have been like if I had felt free to talk about what I was really feeling.

Now that I’m a parent myself, I think about it even more. Everywhere I turn, heterosexuality is the assumption, the expectation. There are jokes about my daughter — who is 2 — one day “dating” my friend’s son, Jack. People make comments about how much boys will love her when she is older, they look at my husband to let him know he’s “in trouble.”

And aside from how problematic it is to sexualize children, these actions also presume that my child will grow up to be straight.

I have no way to know who my child will love (or even if she will want to pursue romantic relationships or have a life partner — let alone whether she will be married and/or monogamous). And, as harmless as it may seem, writing an “Open Letter To My Future Daughter-In-Law,” for example, is anything but. Because even if we know in our hearts as parents that we will love our kid no matter what, they don’t know that.

I don’t want [my child] to discover that I’m OK with their queerness only after they do tons of soul-searching, research, and crying, and ultimately come out to me.

What our children hear, when we presume their heterosexuality, is that we expect them to be a certain thing and that we will be disappointed if they fail to meet that expectation. What our kids hear is that something is wrong with them if they are not the thing we think they are or want them to be.

Of course, these may not be the messages we intend to send our kids, but this is ultimately what we say when we make assumptions about the gender of their future partner(s). This is why I choose my words carefully when I discuss potential romantic entanglements. I always say “partner” or “dating.” If someone else makes a joke about my daughter having a boyfriend one day, I always make sure to add, “or girlfriend!” In our home, I try to make sure I talk about options beyond the gender binary, too, because not everyone is a “boyfriend” or a “girlfriend.”

I want my child to be able to self-determine. What that means to me is that they know they have options besides the “default” one that’s plastered all over their TV screens, and that they always know that. I don’t want them to discover that I’m OK with their queerness only after they do tons of soul-searching, research, and crying, and ultimately come out to me. I want them to know before any of that happens.

The assumption of heterosexuality might seem incredibly harmless, because it’s so pervasive and it’s “the norm.”

But it’s actually hurting our children. LGBTQ teens have the highest rates of suicide, homelessness, and substance abuse. It’s not enough for us to accept them for who they are after the fact — if we are to be the kind of parents who provide unconditional love and support, that has to start from the beginning.

Any and all of those options are OK, and I’m always going to make sure that she knows it.

If you like this article, please share it! Your clicks keep us alive!
Tags
Sex
Love
Children
LGBTQ
heterosexuality
parenting
sexuality
compulsory heterosexuality