I Visited Planned Parenthood For The First Time At Age 29 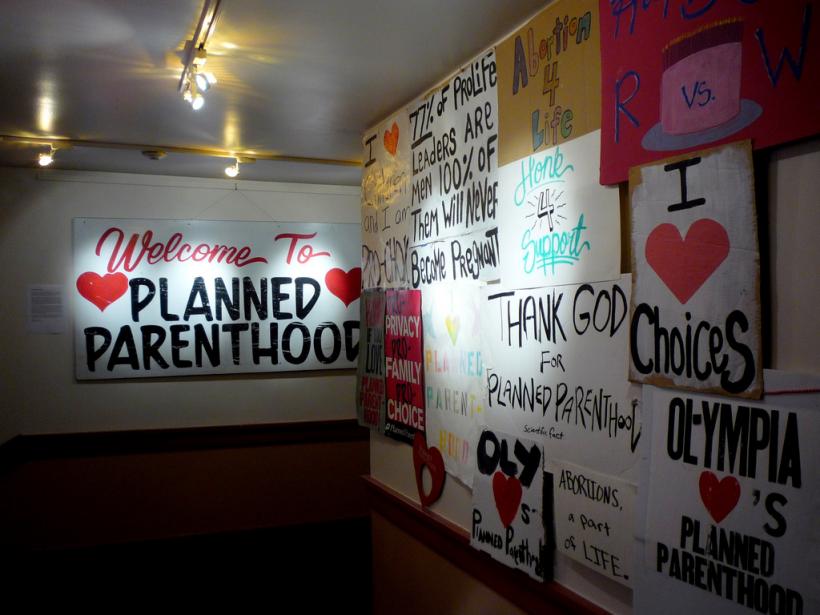 With almost a decade of various kinds of activism under my belt, I am more than familiar with the important work that Planned Parenthood does.

It wasn’t until after I left that I realized I’d had preconceived notions about the place itself and the people who seek care there as well.

The building has always been just out of sight, just out of reach, pushed away from the street, unlike all the other buildings. You could easily miss it if you weren’t paying attention.

At least, you could if they didn’t have that big ol’ pink and white sign: PLANNED PARENTHOOD.

Upon entering, I saw that the doors were plastered with a few #StandWithPP flyers. The layout of the space was a bit weird to me, but it was very clean.

There were a handful of people already there; various gender presentations and races, though I won’t presume to know how they identify. Some were pregnant or had small children.

Some were — as far as I could tell from snippets of conversation and body language — with their friends or with partners.

It was my first time ever stepping foot inside a Planned Parenthood, and it was right here in my hometown.

When I lived a couple of towns over a few years ago and worked at Target, I would always pass by during my bus ride. Every once in a while, there were a few anti-abortion protestors, maybe one or two — five on a good day. (Yes, that’s shade.)

I was there on a Friday afternoon. After living in Brooklyn for two years, I had to move back in with my mom last summer because I couldn’t really afford to live “on my own” (read: with roommates).

My primary care physician and gynecologist are still in Brooklyn, though, and I’d run out of birth control a couple of months prior. I have endometriosis and PCOS; I take the Pill to reduce my number of periods so that I have less pelvic pain.

I’m lucky enough to have insurance through Medicaid, so it was just a matter of making an appointment — which, for the record, was easy-peasy. A friend, also a graduate of the same high school, recommended I go there for my prescription (including subsequent refills).

I sat in the waiting room, not really knowing what to expect.

I filled out the paperwork given to me by the friendly staff and returned it. Waited some more.

There was a problem.

I ended up waiting for over an hour because of this snafu, but the staff was patient while I tried to sort things out with my insurance company. (We were having some kind of technical difficulty that was preventing Planned Parenthood from confirming my insurance, which, if they couldn’t, would’ve meant I couldn’t be seen.)

All things settled, I finally went to the back, where all the labs, exam rooms, and surgical rooms are, for the initial intake. I consented to being weighed because it had been a while, had my blood pressure taken, and got asked a lot of questions, as is usual when visiting a medical establishment for the first time. The nurse was very friendly.

Back to the waiting room I went until I could see the person who would prescribe my pills. When I was called, I found that this person was also friendly, and it was a very quick visit.

My prescription was sent to my Rite-Aid electronically. I grabbed my jacket and walked back home, cane in hand.

With almost a decade of various kinds of activism under my belt, I am more than familiar with the important work that Planned Parenthood does.

But it had never occurred to me to visit one.

Except for the insurance difficulties, it was pretty much a routine (but pleasant) medical appointment, like any other.

And yet, in a culture where the rights and healthcare needs of people assigned female at birth are constantly under attack, it’s easy, even for someone like me, to have warped ideas about exactly what one will experience.

On my way there, I was concerned about entering the building. While I got lucky this time, I wasn’t sure if I was ready to handle any judgmental behavior or remarks from protestors, or even just passersby.

It wasn’t until after I left though, that I realized I’d had preconceived notions about the place itself and the people who seek care there as well.

It’s hard to explain when internalized sexism, classism, and racism can be — or at least feel — so abstract, especially in combination. I think, more than anything, it was the normalcy of it all that kind of stunned me.

Everything and everyone there — staff and fellow patients — was just so… average.

The kind of things that indicate that an organization deserves to be shut down or defunded.

But there was none of that — literally none.

So once again I find myself having to work through internalized bullshit, of a different flavor this time.

At the time of writing, I’m scheduled to go there tomorrow for my annual exam, which I’m overdue for, since I haven’t been seeing my regular gynecologist.

I called today and they said that if I call first thing in the morning, I can schedule a same-day appointment!

So that is what I will do: get checked for UTIs, vaginal infections, and abnormalities, get my Pap smear (groan), maybe opt for HIV/STI testing though I haven’t been sexually active in a long while, get my cysts monitored, and call it a day until maybe six months from now (my regular doctor checks on my cysts more frequently).

And this time, I can go in knowing exactly what to expect: competent, friendly, professional healthcare for everyone.