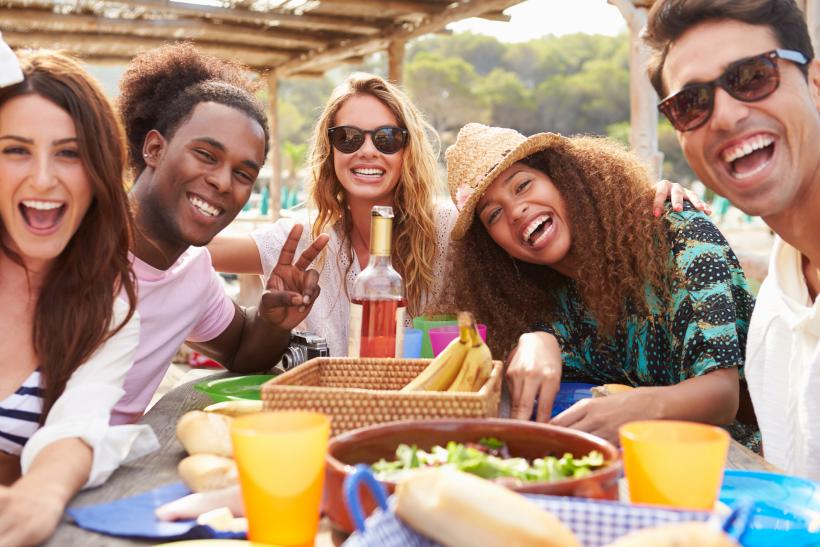 The fact that your opinions are subject to change doesn’t make them invalid as they exist now. Image: Thinkstock.

We’re never the same people at the end of a day that we were at the beginning.

That’s simply just a fact of life — regardless of how uneventful your day-to-day life may seem, the little lessons and social interactions we have on a daily basis continue to fundamentally change us as people.

This is no truer than in the “not a girl, not yet a woman” phase of your early 20s, as you struggle to define yourself as well as your impact on the world around you.

Given this, it's no surprise that our opinions and views are constantly changing. The discovery of new information and experiences can cause major shifts in how we feel about things, and this is very much a natural part of life.

However, there are certain views and opinions we hold that, even if they are subject to change, deserve to be respected and not dismissed as the fleeting thoughts of a young adult.

I’m in pursuit of a dream that’ll take a long time and isn’t conducive to a traditional “family life,” and a genetic history fraught with disease and mental illness leaves me far from wanting to bud more flowers on that family tree.

I don’t want children, and every elder who discovers this feels compelled to tell me how wrong I am about my own feelings.

I’m fully aware of how this sounds, and trust me when I say that this isn’t one of those “parents just don’t understand” situations. I’m fully aware of the fact that my elders have experienced and survived more than I have.

But I don’t think that applies here, especially when it’s used as an opportunity to be dismissive of someone’s opinions based on their age.

Yes, you’ve lived through a lot, but concerning matters of family and relationships, you have to think about those experiences in the context of when you lived through them.

The nuclear family isn't the same as it used to be. We don’t live by the same strangely restricting and vaguely sexist guidelines through which we used to define a “life fully lived.”

I’m capable of living a meaningful and valuable life, even if I never decide to create some kind of hellspawn that’ll inherit my partner’s blue eyes and my severe mental health problems.

More important than my specific lack of a desire to help make tiny people who are legally under my protection (terrible idea, by the way) is the persistence of something I call the “Yeah, for Now” Effect.

The “Yeah, for Now” Effect is a term that I’ve coined to describe the specific feeling when an elder or figure of authority invalidates your opinions on a personal matter under the assumption that the opinion will eventually change.

“Dad, I really don’t think I ever want to get married.”

“Well, Dad, I mean, marriage seems like kind of an archaic institution that was originally based on exchanging property, and I’m not a particularly religious person, so that really holds no power for me. Plus, while I know the tax and legal benefits are a good incentive, the idea of a romantic commitment that’s legally binding in the same way a contract is makes me very uncomfortable.”

“You say that now, but that’ll change in time.”

When you treat the opinions of others as meaningless because they’re liable to change, not only do you invalidate their experiences, but you take away from some of the most beautiful aspects of being human.

In the face of the “Yeah, for Now” Effect, logical or emotional arguments fall to the wayside as you’re assured that your feelings on the matter will eventually be completely different.

You know what? Maybe they’re right. Maybe our opinions will change, and in five years we’ll find ourselves happily married with 2.5 kids and a dog with a weirdly ‘50s dog name like Scrappers or Winston or something.

Even so, this sort of behavior isn’t OK.

The fact that your opinions are subject to change doesn’t make them invalid as they exist now.

If I decide someday that I’ve changed my mind and want children, fantastic.

I’ll have a baby, and when they wrap their little hand around my index finger, I’m sure there’ll be some sort of life-altering moment when I realize everything has led up to this. My world will be forever changed, and I’ll probably write some article where I refute this one and talk about how “I’ve never loved anything or anyone so much.”

Maybe that’ll all happen. If it does, wonderful — but it’ll be because my life has taken a turn where the things I’ve value most have changed, not because I need to have a specific family dynamic as a given part of my life.

When you treat the opinions of others as meaningless because they’re liable to change, not only do you invalidate their experiences, but you take away from some of the most beautiful aspects of being human.

The unexpected, sudden changes in our worldview are what really shapes the people we become. My views on religion have softened over the years and my perspective on relationships has changed drastically — and the individuals and memories that caused those shifts were things I never could've imagined happening.

There’s beauty in that, in the nature of life to throw curveballs our way to tilt how we see the world.

When you tell us our feelings aren’t valid because those changes are inevitable, you take away from the beauty in those moments. You instill in us the idea that this version of us isn’t “fully formed” yet because those mentalities aren’t in the place they may ultimately end up — and even if that is true, being a work in progress doesn’t make the “you” that exists now without value or purpose.

We are in a constant state of “becoming.” We are not without our faults, our mistakes or regrets. However, every version of ourselves is valid — for, whether or not this is who we will ultimately remain, the “us” in that moment still has a very real and strong effect on the world.

Maybe your perspective will change, and maybe it won’t.

Either way, your thoughts and feelings are real and important.

If you like this article, please share it! Your clicks keep us alive!
Tags
family
parenting
Children
single
growing up
adulthood
childfree
Relationships
Ageism
maturity
Millennials