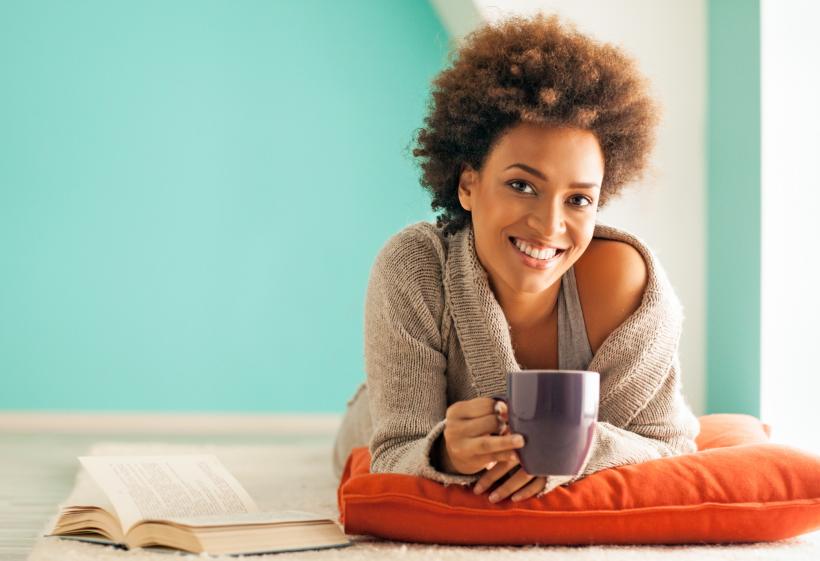 We don’t often give pregnant people realistic expectations or dote on them postpartum, as we should. Image: Thinkstock.

The other day, I was sitting on my friend’s couch. I hadn’t seen this particular friend in a while, but I reached out to her after she had her baby. I wondered if she had anyone bringing her meals or helping her with the laundry. I wondered if she’d been having time to shower.

Generally, in my experience, people often get so excited about a new baby, that they forget that the person who gave birth needs doting on, too.

Birth and very little sleep can batter someone. It’s no good to get an onslaught of visitors, maybe with unrealistic expectations about what the new parent is up for or how they may be feeling.

My friend sat and nursed her tiny baby — the one part of the whole new-mother experience she said was working well and felt natural. She was on week three of being up all night nursing and soothing while recovering from a very long labor-turned-C-section.

As we spoke, she admitted ever so quietly that she was struggling. We touched on the “dark thoughts,” and laughed as one of us made a joke about her staying off her back deck.

But her feelings of being overwhelmed and exhausted weren’t actually funny.

They were very real. I knew that from my own two less-than-blissful postpartum experiences, when the dark thoughts had plagued me, too.

I knew I couldn’t take her pain away. So instead, I folded her laundry and rocked the baby while she did a few household tasks, before I had to run back home to tend to my own two kids. But my friend was fully entrenched in those feelings I knew so well, and she revealed to me that she hadn’t quite anticipated the difficulty.

To make matters worse, everyone she talked to, even mothers, she said, kept telling her how much she should be enjoying her time off work — as if she was on a first-class cruise to Bermuda, rather than recovering from a major abdominal surgery and being kept awake all night, every night, with no end in sight.

While I’ve long held a special kind of hatred for the “enjoy every moment” sentiment, this really angered me to my core.

She knew it wasn’t totally realistic, to be bathing in newborn bliss every moment, but the repeated expression had gotten to her. “It’s my only job to be home with him right now. I do feel like I should be enjoying it more,” she revealed.

But my friend was wrong about one very important and very overlooked aspect of postpartum and I told her so, since no one else had bothered to.

“It’s also your job to recover from your birth and to take care of yourself, too,” I said. And I could tell I had shocked her just a little.

She hadn’t considered that, and for some reason, no one else had told her that recovering from birth was serious business and that she deserved some self-care, too.

In her three weeks since having a baby, she had been so bogged down with infant care, that caring for herself and her basic needs felt impossible. I understood that. But even considering herself at all had somehow been pushed away because she had been made to feel like her only priority should be her baby.

And no one had ever told her otherwise — that it was OK to hand him off to her husband and take a long hot shower or walk around her neighborhood, or to tell the people who were coming to see the baby to hold him while she took a nap — or maybe to give her a back rub.

“Birth isn’t always medical,” you might say. “Our bodies are built for it!” This is true, but it doesn’t mean that recovery time, rest, and recuperation aren’t still sorely needed.

Years ago, I, too, had felt blindsided by new motherhood, and no one was rubbing my shoulders, either. But I realized, sitting on my friend’s couch, that it wasn’t my young age or having been the first one to have a baby that had been the culprit.

It was the same lack of support that most mothers of any age learn to simply accept during postpartum.

Friends in their early-to-mid-20s had routinely told me how lucky I was that I got the “play with a fun baby all day” instead of going to work. They hinted they were jealous of my days spent lounging on the sofa. No one seemed to acknowledge the difficulty of having a new baby, and feeling so misunderstood made me ache.

I thought it made sense, their lack of understanding, but now seeing that my friend in her early 30s was met with the same hardships, I really understood — we don’t know how to take care of those who are postpartum, even enough to remind them to take care of themselves.

We don’t often give pregnant people realistic expectations or dote on them postpartum, as we should.

We focus on the baby, not the parent. And unlike so many other countries that care for new moms and parents by giving them months (or nearly a year, in some countries) of maternity leave, we instead remind them how fast the time goes. We tell them they’re doing something wrong if they aren’t loving parenthood just yet.

But early motherhood is a lot like running a marathon, and at least long-distance runners get water breaks.

This past spring, my stepfather underwent a knee-replacement surgery. As needed and directed, he took off work for about two months for his operation and subsequent recovery. Every day, he made sure he ate properly, worked out with his physical therapist, as well as on his own, and got plenty of rest. My mother took time off of work, too, to help him until he was able to get around the house with ease.

During the weeks and months after his procedure, he was fully dedicated to his personal health and well-being in order to obtain the best result. At the end of the two months, he was left feeling better than ever, with nothing but a barely-there scar down the front of his knee. You’d hardly know he’d had surgery at all.

I thought about this as I sat on my friend’s couch, looking into her tired eyes that were begging for a bit of that same downtime.

Where was her opportunity to recover from major abdominal surgery?

The way my stepfather approached his recovery, dedicating himself fully to his emotional and physical well-being, was not something my friend had the opportunity to do now when recovering from childbirth.

Her husband was back at work. Her baby was waking hourly to nurse. She was on her own, and in a few weeks, she’d be back at work, performing an equally challenging juggling act.

Surely childbirth and knee replacement surgery aren’t exactly one and the same. But people require time to recover from childbirth, too — and they don’t often get it.

Birth isn’t always medical, you might say. Our bodies are built for it!

This is true, but it doesn’t mean that recovery time, rest, and recuperation aren’t still sorely needed.

What’s also true is that in the United States, a country where most people give birth in a hospital environment under OB/GYN-led care, it is a medical matter, for better or for worse. The US has some of the highest rates of medical intervention, which often involves major abdominal surgery. About one out of every three women that has a baby in America delivers via Caesarean, and many more people give birth with other interventions that can lead to longer and more painful recoveries.

But even in the best of circumstances — a smooth, speedy labor with little to no tearing — recovery time is still necessary. Shifting hormones; night sweats; sore, itchy stitches: these are just a handful of the discomforts people are saddled with after giving birth. And, oh yeah, they’re learning to care for a very new, very demanding person, day and night.

Having a baby is a huge deal for your body, your mind, your relationships, and, well, basically your entire world. Why don’t we treat it that way?

It’s certainly cause for more than a couple of weeks of recovery and being told to slap a smile on your face.

We need to do better at helping new mothers and parents and we need start telling them that they are a priority.

Enough with the enjoy every moment bullshit. Let’s get real about the postpartum period.