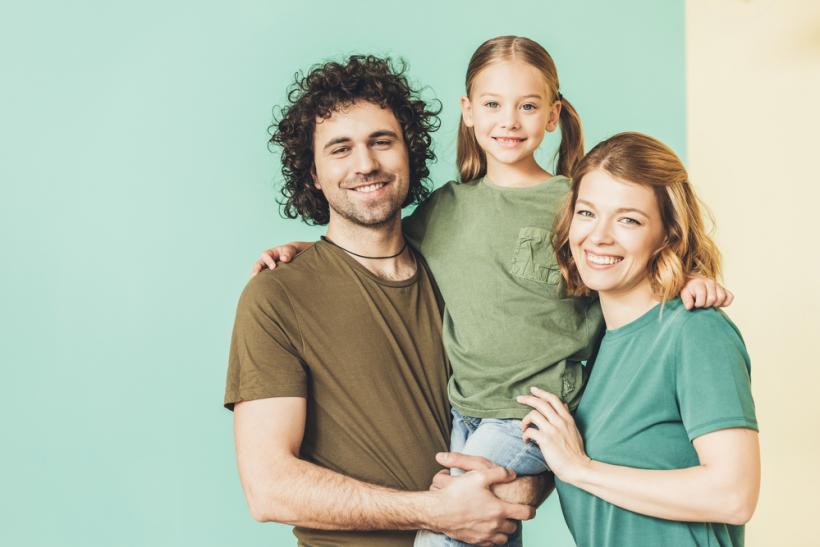 Even though we are no longer living together as a married couple, it’s not the end of our relationship — it just means carrying on in a new way.

It's the end of summer, and I'm sitting in the hammock in my backyard. The kids are downstairs watching a movie, and I’m blissfully soaking in the last dregs of summer. Just then, my ex, Marshall, stops by to bring over his laundry. It's been a few weeks since we've talked. In fact, we haven’t said more than a few passing words to one another. Lately, emotions have been running high. We're both starting to date other people. We're both healing in our own ways. Sometimes, in the still early stages of our separation, it’s just been too difficult to chat like I thought we would be able to — easily and often.

But today is different. Today, we are genuinely happy to see each other.

I get up from my hammock to grab a beer, and Marshall immediately jumps in my spot, falls over, and we both end up laughing and joking. It doesn't exactly feel like old times, but it feels good to be in his company.

The rest of the night, we sit on our phones swiping through our own dating apps. We talk and catch up. He stays for dinner and even helps me put the kids to bed. Then he takes his laundry and leaves. And it feels good, even therapeutic, to have spent the evening with him.

The good vibes extend into the weekend. Friday is my night off, but I decide to have dinner with Marshall and the kids anyway. On Saturday, I plan on taking the kids to a concert with some of their friends. At the last minute, Marshall decides to come along. The next day, we head to my Mom's house for an end-of-summer dinner.

By the end of the weekend, I can feel myself getting snippy with Marshall. We joke about it a bit, but he knows it’s time to go.

While being around each other for a solid weekend was nice — both for us and for the kids — I am glad to have my own space again once it’s over.

That’s why we’re separated in the first place — because we both needed our space.

But while sometimes we need to acknowledge that and get back to our regular schedule, it doesn’t mean we can’t still have weekends like this every once in a while. In fact, it feels like it makes our family run better when we have times to reconnect and hang out, rather than just passing the kids back and forth.

I know a lot of exes who can't imagine spending this kind of time together. And I totally understand it. It’s hard. It’s draining. And sometimes, it’s just not healthy. At certain times over the last few months, I feared that might be our reality, too.

But I’m finding that staying connected feels necessary, at least every once in a while. Because once we can get past the sadness of what we’ve lost, it becomes less about the end of our marriage and more about the beginning of a friendship and co-parenting relationship. And that’s pretty important and special, too.

The truth is, my husband was my husband for eight long years and my partner for ten. Through all of the hard times, the trying to make things work, the arguing, and eventually deciding to separate, we never stopped caring about one another. Of all the things that have changed since we decided to move in a new direction, that is the one that has remained.

I know we'll inevitably go through ups and downs — probably some that are so challenging I can’t even begin to picture them yet. Watching him begin to date has been a lesson in rising above, being kinder than I sometimes want to be, and remembering that I genuinely want him to be happy.

But through the pain we may cause each other, I hope we can always come back to enjoying one another's company — not just for the sake of our kids, but for ourselves — simply because we want to.

Even though we are no longer living together as a married couple, it’s not the end of our relationship — it just means carrying on in a new way. Maybe even a better way.

No, our marriage didn’t last forever. But that doesn’t mean there aren’t meaningful ways we can be in each other’s lives. And even though I know it will be work, maintaining a bond with the person I fell in love with once so long ago and had two children with remains something I’m committed to doing.

Call me crazy, but I think our new relationship might just last a lifetime.

If you like this article, please share it! Your clicks keep us alive!
Tags
ex husband
friends with your ex
exes
exes stay friends
divorce