My Dad Wouldn't Call Himself A Feminist, But I Would. 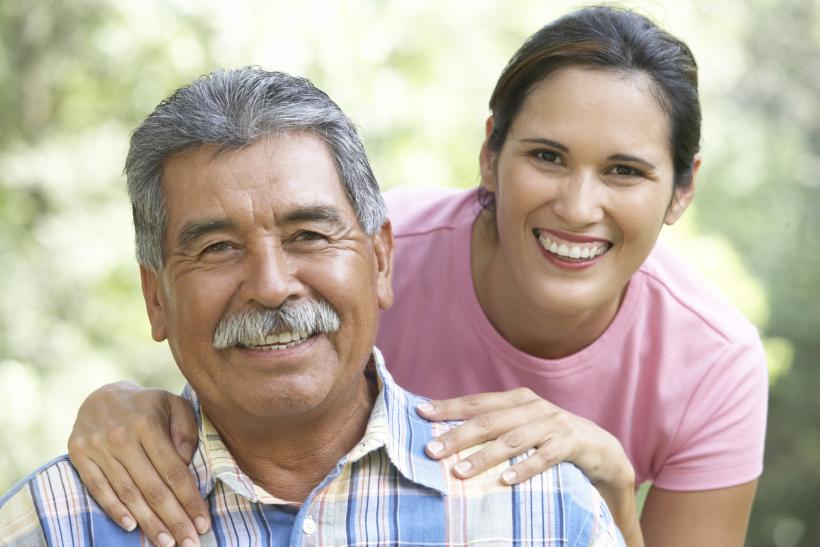 I felt a strong need to rise to challenges, because I knew that my dad would expect nothing less from me. Image: Thinkstock.

“Feminism” wasn’t a word I heard much growing up.

When I did hear it, I equated it with a historical event, not a work still in progress.

I thought first-wave feminism was a one-and-done deal, and that all the work necessary for women’s equality had already been accomplished.

Now, I grew up in a cloistered Christian environment, which wasn’t exactly a breeding ground for knowledge. Women definitely had a particular role outlined for them within the confines of what was taught at my private Christian school.

But thanks to countervailing messages I received at home, the overall picture of the world I received was one filled with nothing but opportunity for me.

Now, much of this had to do with the fact that as a straight, white girl, my life was filled with opportunities not extended to women who didn’t share my sexual and racial identity.

However, I also attribute a large part of that feeling of possibility to the way I was raised. Many of the girls I grew up with were forced to fit in a much smaller box of femininity than I was allowed. There was religious pressure applied to them at home that I was never subject to.

I, on the other hand, didn’t think much about gender oppression — mostly because I didn’t feel the effects of it clearly in my own life. Similarly, I didn’t know what feminism was, because no one in my family identified as such.

But that's not to say that feminism was absent from my life.

I feel confident in saying that, though my dad would never call himself a feminist, that’s exactly what he was, looking back.

He taught me that I needed to work hard for what I wanted. He would never excuse me from a job or challenge because I was a girl.

In his eyes, I was a person, an individual, with the same chance of success as anyone else. As long as I worked harder than the person next to me, he was certain I would succeed.

His certainty made me confident in myself against all odds.

While he may not have understood the title of “feminist,” his actions showed me the things I would eventually learn: that women are equal and worthy of respect. That I deserved equitable opportunity, as much as anyone else. That being a woman did not define or limit me in the way some people wanted it to.

It may not seem like an extraordinary feat for a father to encourage his daughter to be strong-willed and educated and whatever the hell she wants to be, but coming from a strongly Christian, conservative background: Trust me, it was.

Truthfully, I think he wanted me to push against the boundaries a bit. I always felt a little more powerful than I actually was, and that has served me well in life.

I lived in a world where, even outside of school, many of my classmates were steered towards only biblical areas of study, discouraged from credible secular colleges, banned from “boys'” sports, banned from talking to boys, policed in their clothing choices, their music choices, their interests and passions.

They were immersed in purity culture and a world of male dominance.

They were taught things about being a woman that my father was careful not to teach me.

And this had a tremendous impact on my self-image. I look back at middle-school photographs of myself, hopelessly awkward and face bedazzled with braces, and I can see the confidence shining through.

I knew who I was and what I wanted, as much as any 13-year-old possibly could.

One particularly angsty preteen day I told him I wanted to join the Marines, like he had at 18 years old. He laughed skeptically and told me I’d have to get a whole lot tougher if I wanted to do that.

He knew that if it came right down to it, I could, and he made sure I knew it too.

He let me be stubborn to any end that would satisfy my obstinate nature without harming myself. Truthfully, I think he wanted me to push against the boundaries a bit.

I always felt a little more powerful than I actually was, and that has served me well in life. I was never filled with self-doubt or overwhelming fear of being less-than.

If anything, I overshot my abilities. I felt a strong need to rise to challenges, because I knew that my dad would expect nothing less from me.

I knew from a very young age that I would attend college, because the expectation had been clearly laid out for me. My dad never attended college, but he often told me that he wanted me to follow that path, because I was smart. He would take me out for dinner, just me and him, and talk to me about business and finance.

He wanted me to be me — because I was strong enough, smart enough, good enough to do whatever I wanted.

Looking back at my upbringing, my biggest pillar of feminist strength, the one who made me the feminist I am today was always my dad. Even when I didn’t know what feminism was, or why I needed it, my dad was there, showing me feminism in action.

He always respected me and other women as strong, capable equals. He pushed me so forcefully past the limits society had set for me, I hardly realized they existed.

While he may balk at being called a feminist, that’s exactly what he is.

He’s an unlikely feminist hero, but one I was lucky to have as my mentor — and, more importantly, my dad.