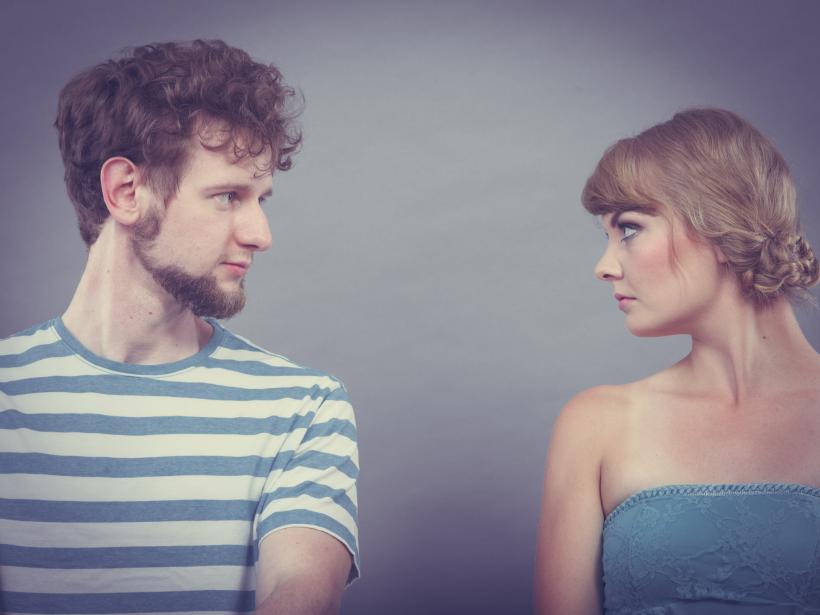 "When I told my husband that his relative comfort on a city street is evidence of his male privilege, the look on his face implied that this was news to him." Image: Thinkstock

My now-husband was stunned the first time I told him what I do while walking alone. I mentioned behavior typical of so many city-dwelling women: carrying pepper spray, checking my back every block, trying to look confident while struggling to properly breathe.

After a moment of silence, he teared up and said, “I don’t want you to have to worry.”

He cannot prevent me from worrying about these threats, any more than he can protect me from them.

I’m not alone in worrying, either. Most women worry about gender-based violence, at least from time to time. And when we do, we’re not being melodramatic. We’re being realistic.

There’s also no boyfriend or husband in the world who can control what other men say or do to his female S.O.

If your wife or girlfriend is harassed or raped, you are no less of a man for it. You are less of a man if you do not support her.

According to UN Women, an estimated 35 percent of women worldwide have experienced physical or sexual violence. Some studies estimate the percentage to be closer to 70. Whether it’s 35 or 70, the statistic won’t prevent me from leaving the house, but it will encourage me to be pragmatic when I do.

I know basic self-defense. I avoid wearing clothes and shoes I cannot run in if I know I will be walking somewhere alone, especially at night. I am wary of where and when I drink alcohol and who is in my company.

It’s a choice that “good” men make, but believing women when they say certain behaviors are harmful or degrading should be a prerequisite for living in a civilized society.

Let me be clear: the fact that I take these and other precautions does not mean I think men shouldn’t be responsible for their actions. Nobody, male or female, should touch me without my consent.

But if I can take actions that will minimize my risk of gender-based violence, you'd darn well bet I will.

In some cases, it won’t matter what precautions I take. A man may still say something horrible, violate my personal space, or physically overpower me. In those cases, his actions are not my responsibility. A victim is never at fault.

What really stunned my husband was that he admitted he had never given any thought to these things. He can walk for blocks without looking behind him. He tries to stick to well-lit areas at night, but if he has to go down a dark street, his imagination doesn’t immediately jump to the worst possible outcome.

He doesn’t pass a stranger on the street and silently pray that they don’t dehumanize him with their words.

When I told my husband that his relative comfort on a city street is evidence of his male privilege, the look on his face implied that this was news to him. He didn’t disagree, but he conceded that the thought had never occurred to him.

He hadn’t grown up with a mother or sisters who told him what I just had. He never even discussed sexual harassment and date rape with his parents — not during the sex talk, not ever. His main takeaway was to not get a girl pregnant.

So when I explained my fears about gender-based violence to him that very first time, he really had to listen and process what I was saying. My husband listened as I rattled off some of the most humiliating things men had said to me on the street. He listened as I described the ways men had touched me or undressed me with their eyes.

He listened because that is a responsibility that all men have to the women in their lives.

It’s a choice that “good” men make, but believing women when they say certain behaviors are harmful or degrading should be a prerequisite for living in a civilized society.

Through believing what we say when we talk about our safety concerns, men become advocates and allies and help lessen the threat of violence against women. Do not tell us that our thoughts and experiences are not valid.

We live with the fear of gender-based violence in some form every single day. You do not.

If you like this article, please share it! Your clicks keep us alive!
Tags
women
men
gender-based violence
Rape
street harrassment
Sexual Assault