11 Reasons You Should Vote For Donald Over Hillary 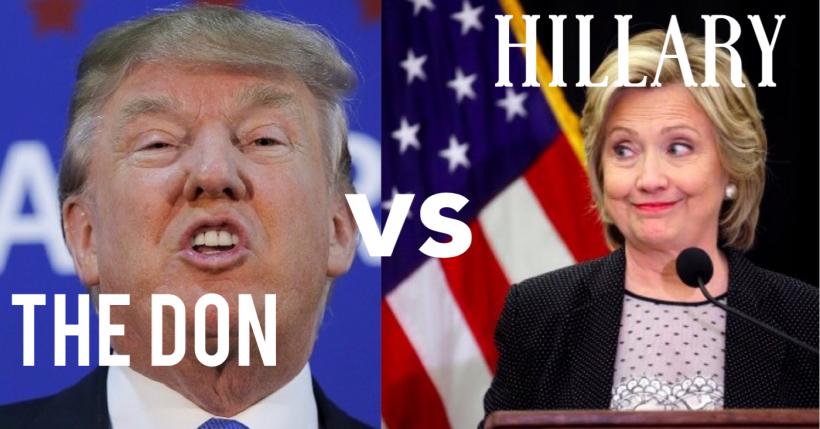 (The electoral college is just as good/bad/corrupt/perfect/whatever as it was 200 hundred years ago. Bygones.)

And don’t even try to tell me your vote doesn’t count. EVERY VOTE COUNTS. Just ask Al Gore about George. That didn’t end well.

Look, I know it’s hard to choose the next President when so much of your time is occupied by loathing the current one, but America needs you. And you need Trump.

1. He knows how to file bankruptcy.

Who better to understand our $19.3 TRILLION dollars of debt than a guy who has filed bankruptcy four times. He once had to live on $450,000 a MONTH, so he understands budgeting.

I know what you’re going to say,  “But Hillary has been married to Bill for 40 years! And he CHEATED ON HER!”

3. He’s going to save the country with The Great Wall of Mexico.

I cannot wait for Trump to get to work on that wall! All of those immigrants coming here and stealing all our farming jobs that we so obviously want for ourselves?! Ninety-two percent of California's farm workers are Latinx! OUTRAGEOUS. The White People (AKA: Real Americans!) want those jobs! And if they don’t, whatever, only 99% of the world’s walnuts grow in California. I mean who needs omega-3? Just eat fish. 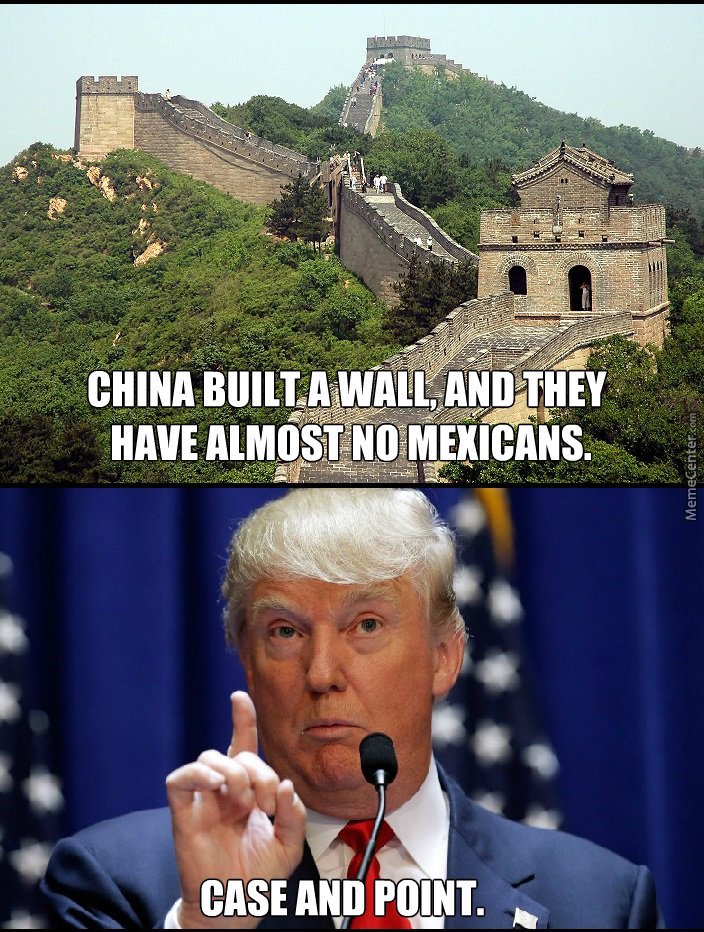 Trump is going to eliminate it, because we don’t even need it! What a relief. I was worried about all those kids learning stuff at school, what with the liberal agenda of communism and unmarried sex proliferating our textbooks.

5. His stance on abortion is, um, fluid.

Well, he’s not exactly sure, but that’s OK! Are you even sure? In five days he’s changed his mind three times. It’s good to be fluid with such supercharged issues. Who more would I trust with my reproductive organs than a middle-aged white man?

6. He knows exactly who created ISIS.

You may have thought a Jordanian man named Abu Musab al-Zarqawi created al Qaeda which eventually led to the creation of ISIS (or maybe you didn’t know at all, but that doesn't matter). Thanks to Trump, we now know that a frowny lady and a Black man (who doesn’t even have a birth certificate??!!) did it. That was a close one.

And who needs to know much about Muslims, anyway? What a small, niche group of human beings that can be easily explained by WASP-y politicians!

Also, what a huge relief it will be when she prays all the gay out of the country. We have way too many rainbows.

You’d be hard-pressed to find someone more adored than Michelle Obama. I know, I know, I’m devastated too. But since Michelle hasn’t yet announced her run for President, we have to take what we can get.

Obviously, Bill is not at all qualified to select the White House China. Flowers? Gold rimmed? He can’t be trusted

She is part of the Trump package, which is AWESOME! Having her as the President’s right hand will be just as good as Michelle. In fact, if you close your eyes and listen close, it’s as if Michelle herself were speaking.

We do not have time to wait around for a FEMALE President to do her hair everyday. All Donald has to do is comb it over and use hairspray. He probably has to use a lot of hairspray, but that’s ok. As Our Lord The Human-Sized Cheeto assures us, it cannot cause any damage to the ozone if used inside.

I mean “IT” is racist, sexist, and xenophobic — but whatever. At least he’s honest!

If you like this article, please share it! Your clicks keep us alive!
Tags
donald trump
Hillary Clinton
election 2016
Politics
presidential election