5 Steps To Giving A Sincere Apology 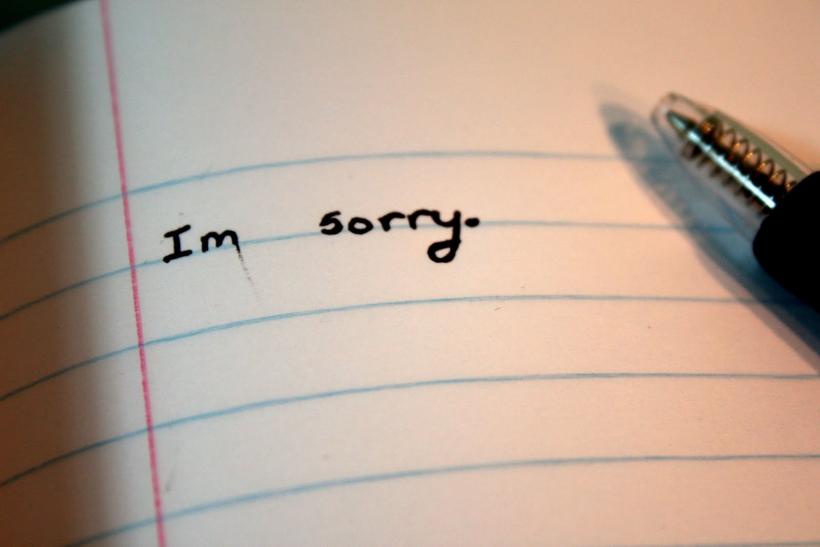 Being a person is tough. It’s the only job that has a lifelong learning curve; by the time you start to get the swing of things, it’s already changing into something completely different. It’s unique to every individual, so while others can do their best to guide you along the way, it’s ultimately up to you to figure things out as you go along.

That being said, you’re probably going to fuck up.

However, this is nothing to fret over. Making mistakes is often how we learn the most important lessons of life. While we can learn about actions and events in the abstract, only in doing them (and usually doing them wrong) do we see the ramifications and consequences our behavior has on the world and people around us. That’s why children tend to test limits and misbehave - you have to know how an action affects others to know it’s wrong.

That being said, the ability to give someone you care for a meaningful, sincere apology is key to maintaining and repairing relationships. This can be difficult, and there are many pitfalls one can fall into.

Fear not, dear reader. I’m the king of screw ups, so I’ve got a lot of advice for you.

Here are 5 steps to giving a sincere apology.

People have a tendency to avoid uncomfortable situations instead of addressing them. Though we know it’ll only make things worse, we tell ourselves, “It’ll just blow over in time,” desperately hoping that silence will give the person we upset time to deal with it and move on.

This never works. You know this never works. Remember that time someone pissed you off? Now ask yourself: Did that person's complete avoidance of talking to me make me feel better, or did it just make me more angry?

More importantly, the person who is hurt should never have to come to you for the apology. No matter what you do, it’ll seem less sincere and more forced if the other party feels they had to coerce you into it.

2. Put Yourself In Their Shoes

When you talk to them, think of how you’d want someone to address you if you were hurt. Start by letting them know that you’re regretful of what you said/did. Make sure they know that you understand why they’re hurt, that you’re not apologizing just because they’re upset.

“I’m sorry for what I said last week. I know it must have made you angry, and I should’ve taken you aside to discuss it instead of blurting it out in front of our friends.”

In this example situation, that statement indicates that you understand how they felt and why they felt that way. A lot of the time, hurt feelings and anger stem from not feeling understood or listened to, and by showing them you do understand, you also show that you care for them.

3. Take Full Responsibility For Your Involvement

There are multiple sides to every story, and the last thing any of us want is to be seen as the villain in a particular scenario. That being said, we tend to get defensive when approached with confrontation, even when we know that we’re the ones who made a mistake.

Take responsibility for your actions. There may be more to the story - and there will be time for that discussion later - but the initial dialogue needs to exist without pawning the blame off on someone else. The person who has been hurt needs to know that their feelings are real and valid, that they’re not being ridiculous or “crazy” for being upset; prioritizing "saving face" over expressing genuine remorse will make them feel that you don’t care.

4. Ask How You Can Help Set Things Right

Truth be told, you’re not always going to be in a position where you can fix whatever you did wrong. Sometimes you fuck up and things are irrevocably fucked up, and that’s when you need to show the most care and put in the most effort.

Ask the person you’re apologizing to what they need from you. Ask how you can fix the situation, and if you can’t, how you can start to rebuild their trust. Ask if they have suggestions for how you can avoid this behavior in the future, and be open to their answers.

Anyone can apologize for doing something stupid and reckless, but it’s meaningless unless the apology is indicative of a future change in behavior. You can apologize for lying to a partner, but if it continues to happen, then your apologies will only become less and less meaningful over time. Don’t just say you’re sorry. Say you intend to be better.

This is possibly the most important part of an apology.

Words are easy. Actions are hard.

Trust takes time to rebuild, and hurt feelings take time to mend. The best indicator that an apology was sincere is in the actions that follow - whether or not you actually put in the effort to remedy the problematic behavior that incited the incident in the first place.

If you promise to be better and don’t follow through, it’s a more subtle and deeply-rooted kind of hurt than whatever bothered them in the first place. Hurting someone can simply be a mistake, a lapse in judgment, or a miscommunication. Addressing that you hurt them, showing them you understand how, promising to put more effort in... and then not following through? This will only show them that you don’t care enough.

Apologies are intimidating. They’re admitting vulnerability and asking someone else to respond to you with kindness. However, people are always more forgiving than they may seem. Every one of us has been there, every one of us has messed up, and in a way, that makes it easier.

We treat others how we’d want to be treated, so we forgive them the way we hope to be forgiven.

If you like this article, please share it! Your clicks keep us alive!
Tags
Relationships
apologies
how to say sorry
mending relationships 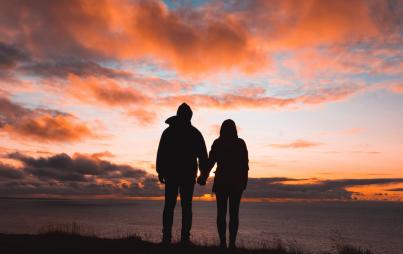