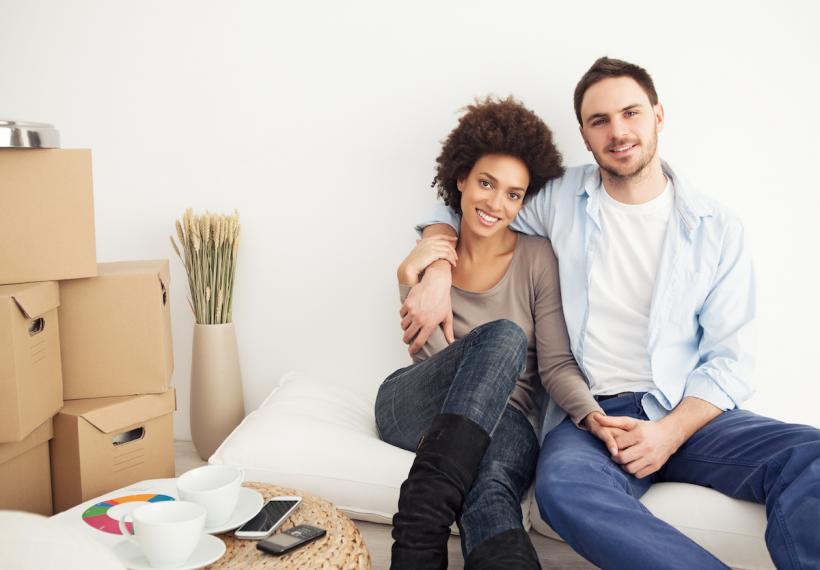 You and your husband have a responsibility to integrate yourselves into the neighborhood. (Image: Thinkstock)

When you’re married to the only white man in your apartment building—and one of the very few in the neighborhood—you, as a woman, make a habit of observing him, especially if you’re a woman of color or a mixed race woman. “Will he use his social privilege for good or evil?” is the simple question, but evaluating him in those terms is not so simple. If it were, the challenges of race relations would have been solved long ago. Even socially minded, historically aware white men, with the best of intentions, occasionally do insensitive things.

Because believing in feminism and Black Lives Matter in theory, doesn’t mean he will always put those beliefs into practice.

That’s why, as his partner, you need to remind him to check his privilege. As an ally (which is of course what you want him to be), he must listen attentively and think and act with compassion. It will not always be easy to remind him or make him understand in the first place, but you have to muster the energy and courage to do these things as much as possible. You’re not his babysitter; you’re his partner, and partners should be committed to helping each other be their very best.

Before you begin the task of watching how your husband interacts with people of color in your neighborhood, be honest with yourselves: The two of you are probably gentrifiers. If you are college-educated, have a higher household income than the neighborhood median, and are not originally from the area, you definitely are. The difference is that, unlike you, your husband stands out as a walking embodiment of gentrification. He is the human version of a Starbucks, a high-end boutique, or a trendy yoga studio. You may blend in a little more or at least appear less threatening.

When in doubt, white men should ask women and men of color how they want to be treated.

After you’ve acknowledged that you’re gentrifiers, talk about it; don’t end the discussion there. You and your husband have a responsibility to integrate yourselves into the neighborhood. You never want to give the impression that you’re intruding or that you think you know better than long-time residents what the future of the neighborhood should be. Get to know your neighbors. Give your business to locally owned shops and restaurants. Participate in community events. Invest in where you live, because you are proud of it and want to see your neighborhood prosper.

As a white man, your husband should make a concerted effort to smile and greet people. He may be assertive, but he should never use a tone and volume of voice that could be mistaken for intimidating. It’s his duty to help banish the stereotype that the only white people who come to your neighborhood are policemen, social workers, and hopeful drug buyers. People can choose to greet him back or not. Your husband should never take it personally. He should be aware that a person of color, especially a woman, may feel obligated to smile back at him because they fear the consequences of not doing so, such as sexual assault or an unwarranted police complaint. Yet the same fear may prompt people in the neighborhood to ignore him completely. Teen boys in particular may develop the defense mechanism of looking down at the ground and blending in with their surroundings. In some cases, it may be what keeps them out of prison.

Maybe the hardest part about being married to the only white man in the building is making him see his white male privilege 24/7.

The fact is that there will be many times when he is blind to it. When he’s wrong, tell him. Just because you love him doesn’t mean you should nurse his bruised ego. You can be kind about it, but still firm. Do not indulge him. Ever. It’s tempting because you love him. If and when you fall (because you are human), continue to hold yourself to a high standard. Over time, he will become increasingly aware of his privilege and, if he’s a reasonable person, he will improve as an ally.

When in doubt, white men should ask women and men of color how they want to be treated. Sometimes white men are, unfortunately, so sure that they already know the right answer. They make assumptions and generalizations that trump individual desire and agency. Of course, you already knew that, but it can be hard to see the person you love act that way. Tell your husband that the idea of respect in general is and should be universal, but the nuances of how to show respect vary from culture to culture and even from individual to individual. Not all people of color want to be treated the same way in any given situation.

Society for the most part has conditioned white men like your dear husband to think that they are always right. If your white male partner didn’t have parents who told him otherwise, the burden falls (unfairly) on you.

You’re in the best position to stand up to him and educate him.

Just because your husband was born into a body that looks like the oppressor doesn’t mean he has to oppress. When you’re married to the only white man in the building, make sure he lives out that knowledge everyday.

If you like this article, please share it! Your clicks keep us alive!
Tags
white privilege
gentrification
gentrifier
race
marriage