How To Let Go Of Your Insecurities After A Hookup 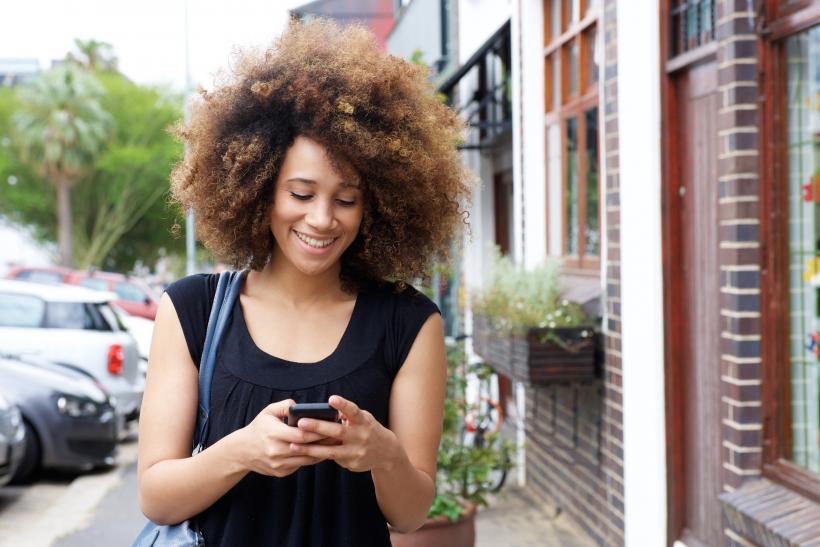 TBH, text him if you want to

Women kind of get a shit deal when it comes to casual hookups. We always seem to the be the ones riddled with guilt afterwards, afraid we made some egregious mistake and are now somehow undateable because we’re “sluts” for liking sex and “giving it up” to guys we barely know. Because it’s ONLY our fault, right? LOL.

Having a one night stand is really fun until it’s not. You meet some cute stranger at the bar, go home with him and then the next day, reality hits. A woman isn’t sure if what she did was a good move. What if he never calls again? What if you actually could have liked this person and now ruined our chances? What if he was “the one” and now you’ve gone and spoiled it?

These are the questions that rattle our brains the day after a hookup. And it needs to stop. Casual sex is NOT a bad thing, ladies. It’s okay to go out and fuck people, as long as you do it safely — condoms are not optional no matter how much some random guys begs you to do without (side note: he is dumb for doing that).

You want to walk away from a hookup feeling great about it. Forget the walk of shame, that shit is a stride of pride. You had an orgasm (hopefully). Good for you!

Letting go of your insecurities after a hookup can be challenging, but here is a good place to start.

Don’t linger, you’ve got shit to do.

You’ve got a lot of stuff to do today, It may just be laundry or some reading, but get to it. Fuck sitting around, letting him decide the schedule. He doesn’t really owe you breakfast, anyway. It was casual hookup. Don’t make it something it’s not.

Don’t make it awkward for everyone by spending half the day dawdling.

You’ll only make the time after the hookup that much harder to deal with. You need to go home, take a long shower, run some errands and distract yourself.

Create a makeshift outfit and stride-of-pride the fuck outta there.

Borrow one of his button ups, knot it at the waste and own that shit. Don’t be weird about the fact that you had a one night stand, slithering into the Uber, deeply ashamed. No way.

You had a good time, right? Even if it sucked, you can’t undo the past so put on your Fast Flats (you should always have a pair), rinse your face, throw your hair in a messy bun and peace the fuck out.

Go hang out with some friends.

After you do that laundry, of course. If you’re an over-thinker like me, staying home and binging on OITNB is only going to drive you nuts. Go get some fucking brunch and enjoy your day. Talk it out. That’s what your girls are there for after all.

DON’T get wasted on mimosas.

In fact, if you can avoid drinking and the subsequent emotions that are the byproduct of drinking, it will help. If you DO need something to take the edge off, opt for half a Xanax.

TBH, text him if you want to.

If he hasn’t texted you and you feel like texting him, fucking do it. You’re an empowered woman and if you want to say thanks for the night before, do it. DON’T text six times and act like a crazy bitch.

Think about it this way, if you weren’t that into a guy and he texted you six times, would you be down for that? Clearly not. Send him a nice, honest text and call it a day. He responds and things end up going well? That’s rad. If not just PLEASE, PLEASE, PLEASE remember that if he never calls you again, that he isn’t someone you want to date.

Anyone who shames you for your sexuality is a fucking asshole and a complete waste of time. An amazing, smart and interesting lady like yourself deserves so much more than that nonsense. Boy, bye.

Listen, sunshine. At the end of the day you have got to remember this: It was a one night stand and it probably isn’t going to be more than that. I know it sucks to face this, especially when you were really feeling a guy’s style. But a guy you fuck after three hours of chatting (and making out) at the bar is rarely going to be your boyfriend. And that’s actually okay AF.

I’m not saying it WON’T happen, but if you go in understanding a casual hookup for what it is, and are comfortable with it, you’re setting yourself up to not be let down. It’s a little cynical, but it’s also just logical. You don’t want to approach a casual sexual encounter thinking, are we going to be in a relationship now???

About 95% of the time, that is for sure NOT going to be the case. So, take a deep breath, know that you’re young, vibrant and alive. Live your very best life and always know that one night stands are a part of life, they make the best stories and are all a part of growing up.

You got this, babe.

If you like this article, please share it! Your clicks keep us alive!
Tags
ONS
one night stand
walk of shame
Stigma
feminism
Sex
dating
advice