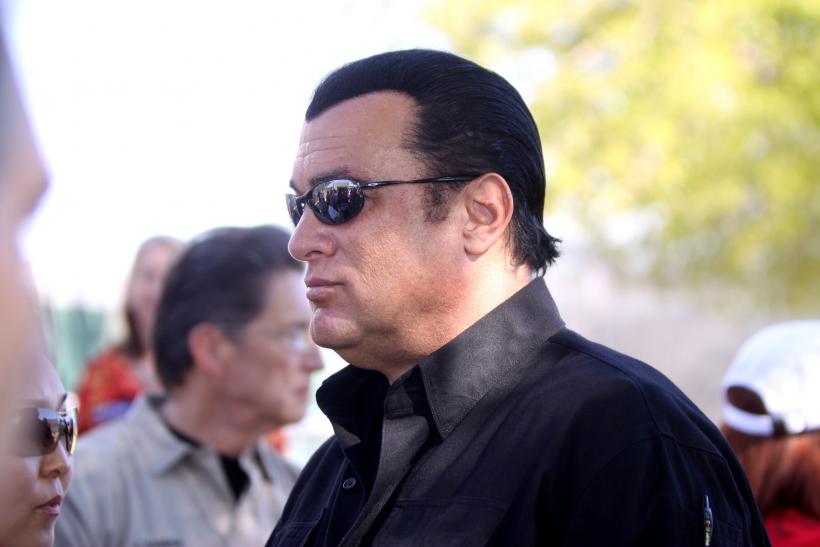 You could write this article any day, but I chose today. So let's have a short look at just some of the ways pols are letting us down.

1. The F.B.I. finally fixes its Twitter account, and now a Bill Clinton pardon is hogging up headlines.

One question here: why is a major government agency unable to fix its Twitter account for over a year? Two questions: Who is Marc Rich?

I only have an answer to the second question, so here you go. Rich was a Democratic donor who fled on over to Switzerland when he was facing racketeering charges, as well as not paying $48 million in taxes (sounds like a real fun guy). Bill Clinton pardoned him, for reasons I do not yet fully understand. There were a host of Clinton pardons that were largely dubious (like when he pardoned members of Puerto Rican terrorist group FALN).

Yet how is this relevant to Hillary Clinton? Her husband has never been saint-like, but then again - it's not Bill who's on the ballot.

2. It's now Comrade Seagal to you, Yankee!

Not-fun fact: Putin wrote a book about Judo. I guess that's why he feels a special bond with Seagal. But why the action movie hero returns the love? You'll have to ask him.

Trump loves to turn his maliciousness on the media, especially the flesh and blood human journalists brave enough (and actually allowed) to attend his campaign events. He turned the focus on Katy Tur of NBC yesterday, and the crowd jumped to heap its collective disgust on her. Other journalists (plus sane people at large) fought back with the #ImWithTur pun on Hillary Clinton's campaign slogan.