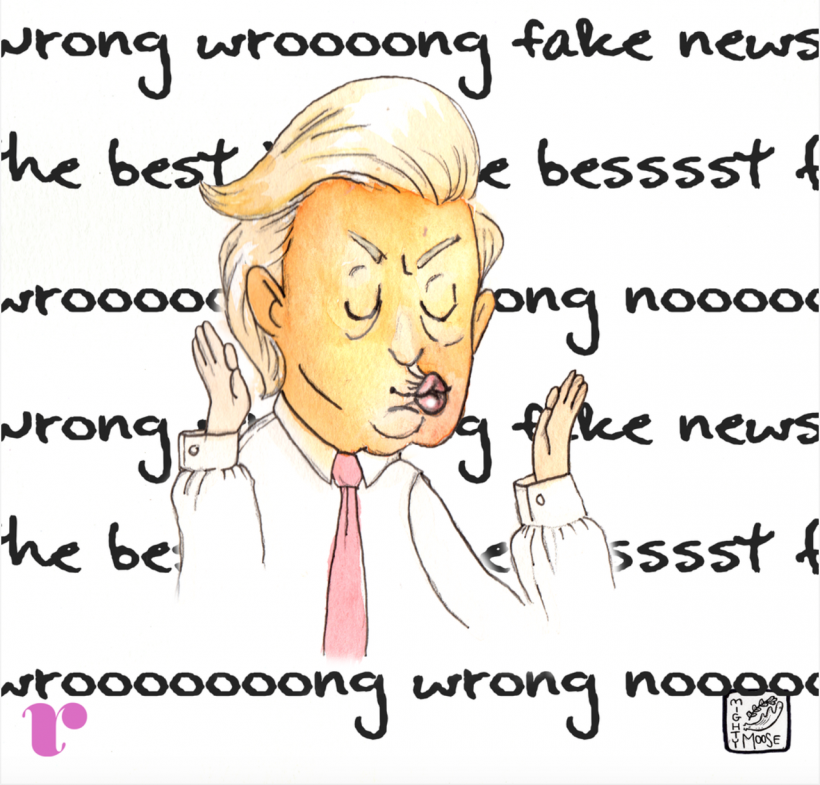 Trump also said it would take him roughly 90 minutes to learn “everything” there was to know about nuclear missiles.

There’s a book out I’ve been wanting to read for a while titled The Death of Expertise. It’s written by Tom Nichols (aka @RadioFreeTom, and yes, you should follow him on Twitter). He’s a professor at the Naval War College and the Harvard Extension School, a former Republican, a regular critic of President Trump, and a person deeply concerned about the lack of deference given to experts in modern day America.

Or, as Nichols puts it, ignorance has now become "a virtue."

You know this already, though.

It doesn’t matter if 97 percent of scientists agree the climate is changing and humans are a major cause. Many people think they are, regardless of any scientific training (read: lack thereof), equally equipped to make the opposite claim.

Since the advent of Web M.D., doctors report that more and more patients arrive at their offices ready to tell them what the problem is, and demand certain drugs be prescribed to fix it.

When I was a teacher with a Master’s degree in curriculum and instruction, I stopped keeping track of the number of times a lay person explained to me what was “wrong” with education.

In fact, inexperience is one of the traits most cited by Trump supporters. They liked his dearth of Washington, D.C. credentials. They wanted someone new to politicking.

Trump himself is no stranger to this pooh-pooing of learnedness. He openly admitted he thought being president would be easier than his former job as Reality TV star.

The disgust towards “politicians” emanating from out Trump’s lectern during the presidential debates and his countless rallies was almost physical in its sheer palpability.

There is a difference between sitting down with an expert — a military general, a renowned professor, an award-winning scientist — and actually being that expert.

If someone worked in D.C., or had ever set a professional foot in the Acela corridor, they had clearly signed their soul away to the devil himself upon entering that detestable pit of corruption. There were no regular people who discovered an interest in public policy during college or on the job — oh no! All were evil. And only an outsider could “drain the swamp.”

“I alone can fix it,” declared Trump.

There were plenty of dudebros who enthusiastically agreed.

For instance, Scott Adams. The guy behind the Dilbert comic strip became a hardcore Trump fanboy, and he has yet to back off. And one of the ways he stands by his main man in the Oval Office is through relentlessly questioning the work of researchers.

Can someone remind me whether the majority of experts are usually right or usually wrong? https://t.co/rlOpnTxllk

Additionally, Adams wanted to know what topic on planet Earth could possibly be so complex that he couldn’t “master” it in 60 minutes:

If experience is necessary for being president, name a political topic I can't master in one hour under the tutelage of top experts.

Now here is where the sad — pathetic, really — confusion between information and knowledge is at its most stark and clear. There is a difference between sitting down with an expert — a military general, a renowned professor, an award-winning scientist — and actually being that expert.

The work involved in truly “mastering” a subject matter is enormous and endless. There is no true expert who ever considers herself “done” with learning. There are always new discoveries; the quest for full understanding never stops.

Anyone who has sat in a 60-minute lecture, or class, or sermon, or whatever, knows that whatever can be learned in that hour, it sure ain’t the whole of learning on that topic.

To imagine that you — or anyone — could shortcut the work of education by letting some other rube invest his years in all that wasteful book larnin’, and then dump their knowledge on you in the time it takes to watch one Game of Thrones episode is… absurd? Indicative of narcissism? Perhaps a sign of zero abilities in the critical thinking department?

And surprise, surprise: Trump voiced the same idea about many things, among them… wait for it… nuclear weapons.

::looks to Heaven in supplication::

Yes, back in 1984, Trump said that he could negotiate with Russia on nuclear weaponry (wait, WHAT? Where was this information during the debates? CNN? NBC? ABC? WTF?).

And Trump also said it would take him roughly 90 minutes to learn “everything” there was to know about those missiles.

In 1984, Trump professed he could learn all he needs to know about nukes in an hour and a half https://t.co/fFhPVRJxvR pic.twitter.com/cOLtYepSmI

There’s nothing anyone can do about Trump being POTUS now. That’s in the hands of Congress, and to a much smaller extent, Robert Mueller.

I suppose you could call your House representatives and beg them to impeach Trump, though they will need some clear Trumpian criminal misconduct. Being an arrogant fool does not rise to the level of treason, high crimes, or federal misdemeanors.

But one thing Americans can do is take a step back and realize that Google is not the same as PhD.

Just because we can look up our symptoms and read some blogs does not give use the knowledge of a doctor who has spent at least a decade in school studying how the human body works.

Just because we attended elementary and secondary school and have some opinions about our one experience there does not mean we have the answers to “fix” whatever ails America’s public school system.

And a person holding a job in Washington, D.C., should not disqualify them from the right to speak about and craft legislative policy. (I cannot believe I have to type that.)

Maybe expertise is “dead” in the estimation of millions of Americans.

The least we can do is start attempting a resuscitation.

If you like this article, please share it! Your clicks keep us alive!
Tags
donald trump
Politics
nuclear weapons
education