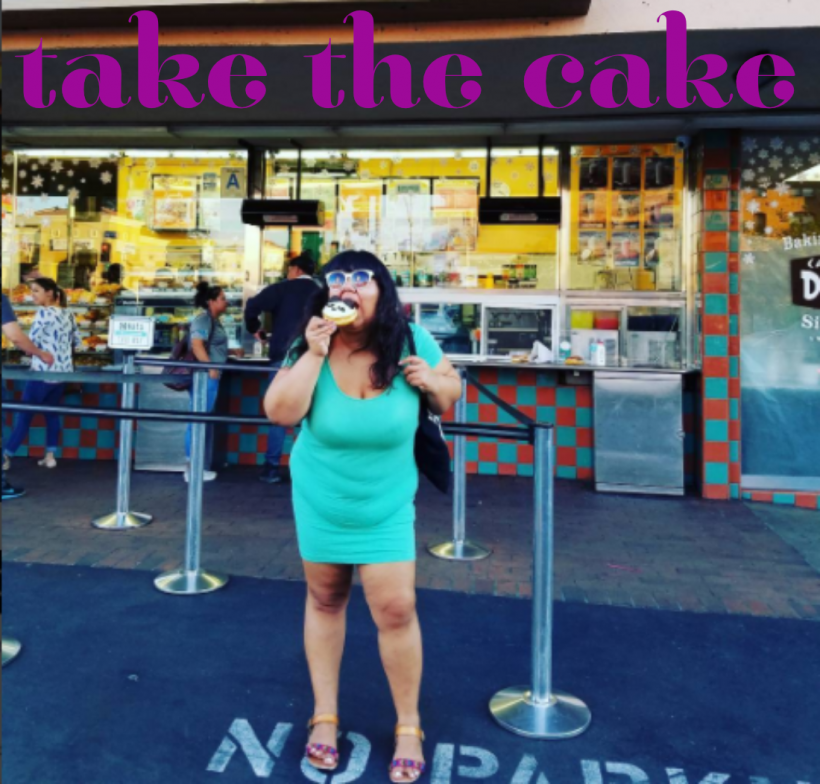 The other night, I was eating capellini with asparagus and shrimp with a new friend/Babecamp Jamaica alum. I had just given a lecture at the library on diet culture and surviving the preternaturally anxiety-inducing Thanksgiving holiday. So we decided to celebrate at Filippo’s, the Italian place down the street.

We covered a lot of conversational ground over dinner, and the subject of Jamaica came up —​ specifically how fascinating it was to me to be such a hot commodity. Everyone in the group was a subject of romantic interest to the local dudes. Almost every dude we met wanted to marry all of us, and those who didn’t have matrimony in mind definitely let us know they had sexy times in mind.

There were plenty of obvious reasons for this: all of us were clever, strong, beautiful, babely women, and each of us was the complete package in our own right. But in each of our respective countries this does not merit special or urgent attention from men, especially when you take body size into account (most of us are plus size).

We had some other things that carry special value in Jamaica, though: everyone in the group was from a Western country and I imagine almost all of us had more earning power than most of the men we met (the median Jamaican annual income is approximately $13,500 USD).

In short, privilege is sometimes relative, and we had a whole bunch of it in Jamaica.

We had social cache that Jamaican men understood, in the same way that things like thinness and blonde hair have social cache to American men. My inner sociologist had some questions, namely: Is this kind of what it’s like to be a thin woman who is conventionally attractive in the US? Like, do those women get approached every time they leave their house? Does courting begin after the word “Hello"? Do men ask them out for drinks constantly and let their intentions be known early and often? Because, frankly, it kinda isn’t super funsies.

The definition of a fetish is “a course of action to which one has an excessive and irrational commitment,” or “a form of sexual desire in which gratification is linked to an abnormal degree to a particular object, item of clothing, part of the body, etc.” Something like 80 percent of men expect their partner to be thin; tell me that isn’t an “excessive and irrational commitment.”

My dinner mate confesses that when she was younger and thin she always questioned the intentions of the men who wanted to get with her. She said she had trouble figuring out whether they actually liked her or just wanted to be with her because she had big boobs and flat abs. To me that doesn’t sound like a great time. On the other hand, getting ghosted and dealing with constant indifference, haggling over who’s calling the Uber, and having to weed through people who want to touch your boobs in public is also not a party. Then there’s the added layer of how everyone else feels about who and how we’re dating.

I find it frustrating when people are patronizing to fat women about who we date, funneling their fatphobia through concern rhetoric, encouraging us to be suspicious because they imagine that only someone with a hidden agenda would date us.

I remember being 21, living in New York, dieting but seemingly never thin enough. I met this guy who I really liked at a Christmas party. His name was Mondo. He was an Italian carpenter from Flushing: respectful, cute, and effusive about his interest in me (ugh, and that accent: so gooood!). I introduced him to some people I knew at a bar after work one day. One of the people who was there was this douchebag named… Blain? I dunno. Blain was the kind of man who called every nonsensical film by Jim Jarmusch “brilliant,” got a job at Conde Nast because his groveling knew no bounds, always wore a scarf, and tried really hard to hide his rural Michigan accent. Blain had been trying to seduce my amazing, heart-of-gold, beautiful friend Liz for months, but she saw him in all of his pompous ridiculousness.

Once Mondo had left, he leans in and tells me he’s not sure about his guy’s “intentions.” I promptly retort: “Look, Blain, you seem like the kind of guy who can’t imagine anyone would genuinely desire a fat woman and that is your problem, not Mondo’s.”

What was hi-larious about his faux concern was that he was pursuing my friend for the exact reason he was warning me against. He didn’t care about her. All he cared about was that she reminded him of “that” girl in 1980s teen movies —​ most importantly beautiful, but with added qualities like intelligence and social consciousness he could use to “improve” himself. He was fetishizing and dehumanizing her, but because it’s totally normal to fetishize thin, beautiful women, it is not even considered a fetish.

The definition of a fetish is “a course of action to which one has an excessive and irrational commitment,” or “a form of sexual desire in which gratification is linked to an abnormal degree to a particular object, item of clothing, part of the body, etc.”

Back to Filippo’s. Over olive oil and burrata, we concluded that, unfortunately, dehumanization is a common experience for women —​ whether you’re being fetishized because your body is fat or because your body is thin, whether your partner is trying to garner social cache by falling in line with what’s normal or trying to fulfill some sexual fantasy that is considered strange. I have always found that thin fetishism is far more rampant (by orders of magnitude) than fat fetishism, and yet one is invisible and the other is hyper-visible. In fact, at the core they are not different behaviors at all. And neither is better than the other.

We finished our dinner with some chocolate cake and cheesecake, totally full and left with one question: why is desire only up for interrogation when it veers off the socially charted path?

If you like this article, please share it! Your clicks keep us alive!
Tags
Virgie Tovar
fatphobia
fat fetishism
thin fetishisization