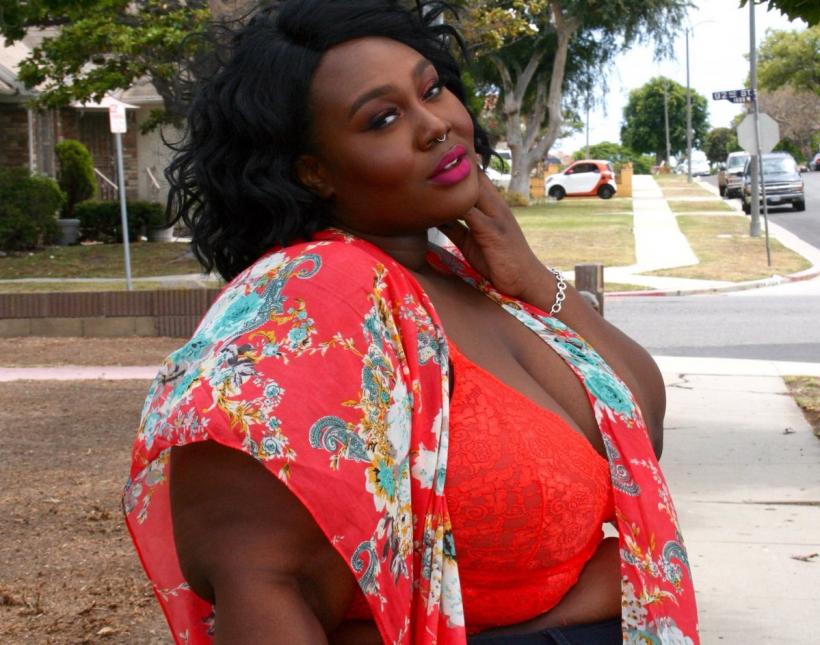 “Showing skin isn’t exclusive to smaller girls. It’s okay for a plus-size woman to let her body breathe in her clothing,” [Mariposa] said.

LA-based plus-size model Simone Mariposa has sparked a social media chain of women who refuse to let the opinions of others dictate their clothing choices.

“Every plus-size girl has had to bear the terrible brunt of being judged/policed for what we wear and how we wear it,” she tweeted.

Speaking to Buzzfeed, Mariposa explained she began the hashtag after reading the story of a fellow plus-size woman who was publicly shamed for what she was wearing.

The model told her Twitter followers women should be able to wear clothes that make them feel comfortable, regardless of their size.

“Showing skin isn’t exclusive to smaller girls. It’s okay for a plus-size woman to let her body breathe in her clothing,” she said.

The hashtag has been pinballing throughout social media since it was started last week.

There are hundreds of images using the hashtag on Instagram alone.

Many users have even begun sharing their stories through small photo essays and collages.

The hashtag only continues to grow in popularity as users are moved by the idea and the story behind it.

Mariposa told BuzzFeed she too battled feelings of wanting to hide her body.

Im finally comfortable enough to wear what I wan no one can tell me to cover up if I dont want to #WeWearWhatWeWant pic.twitter.com/SVV1J9Szaa

“I stopped wearing my legs and arms out, I stayed away from clothes that accentuated my belly fat, and I was extremely self conscious [in] public,” she said.

“However, after a while, I stopped letting society dictate my wardrobe, and starting wearing things that I always dreamed of wearing that made me feel beautiful.”

Wear what you want: It’s a simple idea, but can be a bloody hard mindset to achieve.

You Can Now Banish Your Period Pain With The Push Of A Button!
Meredith Eriksson