11 Questions I Asked Myself During My First STD Scare 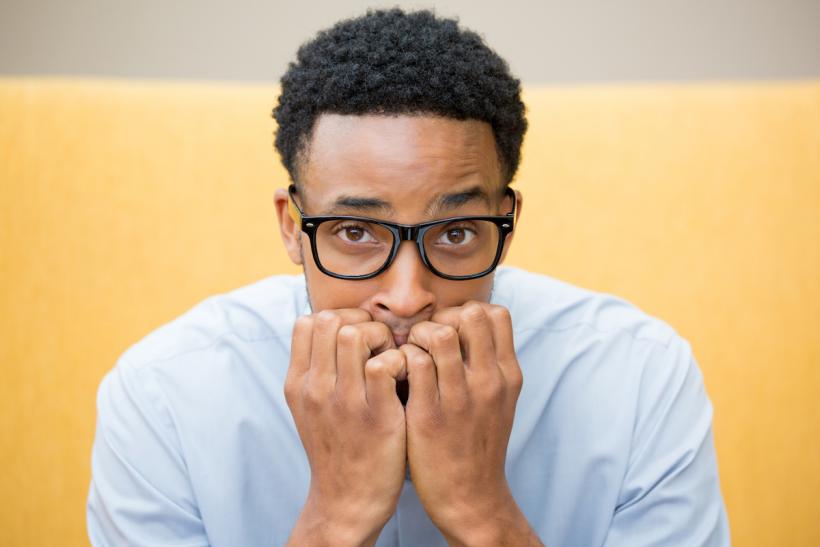 It's going to be OK! #STDAwareness month. Image: Thinkstock.

Just because you’re not bleeding from any orifices doesn’t mean you get to avoid the (sometimes awkward and uncomfortable) medical testing.

I think everyone has a few moments in life we equate with adulthood: getting our driver’s license, high school graduation, landing our first job.

And for some of us, our first real taste of adulthood comes from sitting alone in a clinic, waiting to get our ding-dongs tested.

It’s one of those obscure aspects of growing up that we know we’ll have to do eventually but never really contemplate — like how you know you need to pick up more table salt, but don’t seriously think about it until you need to make your bland potatoes more interesting, and the shaker’s empty.

(The shaker isn’t a metaphor in this situation, by the way!)

So, I found myself, at 21 years old, waiting for a nurse to run a full round of STD tests. In these moments, we often end up with a world of questions we never thought we’d have to ask ourselves.

I know how isolating this experience can be, so let’s run through the 11 questions I asked myself during my first STD scare:

1. How could this happen to me?

It could happen to anyone — really.

People get STD and STI screenings all the time, Matt, not just for STD scares. It’s recommended that you get tested at least once a year (or more frequently if you have multiple partners), between partners, or if you’ve been cheated on.

(In my case, I had a drunken, unprotected one-night stand with a random girl at a bar who contracted something shortly after we slept together. It happens!)

2. Why am I even here? It’s not like it burns when I pee or something.

Actually, a lot of STDs don’t show any clear signs of infection.

Chlamydia is called “The Silent Killer” (which is a bummer because it’s a great name for a band): 75% of women and almost 50% of men show no obvious symptoms. Just because you’re not bleeding from any orifices doesn’t mean you get to avoid the (sometimes awkward and uncomfortable) medical testing.

Whatever you do, do not, under ANY circumstances, answer with, “Wouldn’t YOU like to know?” when your cute nurse asks how many partners you’ve had in the past six months.

3. What do I do if it comes out positive?

First of all, don’t get ahead of yourself, here, Matt.

Just because you’re due for a test doesn’t mean you have anything.

4. But what if I DO have something? My dating life is over.

That’s not true at all. It’s estimated that over 110 million people will live with an STD or STI in their lifetime. There was even a recent Twitter campaign called #ShoutYourStatus, where hundreds of people opened up about their STIs in order to help eliminate the stigma surrounding sexually transmitted diseases. [Editor: Fellow Ravishly writer Britni de la Cretaz was one of the four kickass folks who created the hashtag.]

You’re not a leper during the fucking Middle Ages — it’s 2016. Nobody’s going to burn you at the stake if a test comes up positive.

5. What if I get embarrassed talking to the nurses?

You're at a Planned Parenthood, Matt. It’s basically Coachella for anyone with sex-related concerns.

And nurses and medical staff are professionals — it’s such a high-stress and difficult job that you know anyone who’s there actually WANTS to be there. Nurses have seen pretty much everything; it would take a lot to surprise them.

Besides, in my experience, all the nurses I’ve had for testing were more than patient with me (no pun intended). During my first scare, I told my nurse to give me “one of everything on the menu” — which was definitely the worst possible way I could’ve phrased it.

6. I’ve never been tested before — what am I walking into?

For the most part, it’s pretty run-of-the-mill stuff.

A nurse will come in and do a “risk assessment,” where you’ll get some questions about your sexual history so your doctors know what to look for.

It’s important that you’re honest during this process to help your doctors give you the best possible treatment.

Whatever you do, do not under ANY circumstances answer with, “Wouldn’t you like to know?” when your cute nurse asks how many partners you’ve had in the past six months.

(I did, and somehow it made an environment where strangers were going to look at my genitals even MORE uncomfortable.)

They’ll take some blood from you, possibly request a urine sample, and, depending, on why you’re there, they may have to do… the swab test.

'As it was explained to me by the nurse, they take a cotton swab and “gently” insert it about ¾ of an inch into the urethra...

7. There’s no way that fits, right? They can’t actually stick that into there, can they?

Yes. It does, they can, and they will.

I think I repressed the memory, and I kind of prefer it that way.

Now, we play the waiting game.

For some diagnoses, the doctor will be able to tell visually, but in most cases you'll have to wait around 3 business days for your test results before you know anything for sure.

10. But what about all that sex I'm supposed to have tomorrow?

Hahaha, okaaaaay, Matt. Look who you're talking to. I know your plans for the next few days involve nothing but school and comic books.

Just don't put your ding-dong in that bag of Cheetos and I think you'll be fine.

11. I’m genuinely really scared about these results. I know there's probably no reason to be, but it isn't doing anything to quell my anxiety. What should I do?

Honestly, the best thing you can do during this time is to try and not get too in your own head about it.

What’s done is done, and even though getting your results can be intimidating, it’s the most responsible move you can make.

The sooner you’re diagnosed, the sooner you can start treatment. Most bacterial infections (syphilis, chlamydia, gonorrhea) can be cured through the use of antibiotics — and even if it’s an illness that can’t be cured, we live in the best time there’s ever been for the treatment of sexually transmitted illnesses.

The best thing you can do is practice safer sex, for future reference.

Use protection whenever having sex and make sure to have a discussion with your partner about your birth control options before you decide to take your man into the storm without a raincoat.