3 Things That Break My Heart As A Therapist 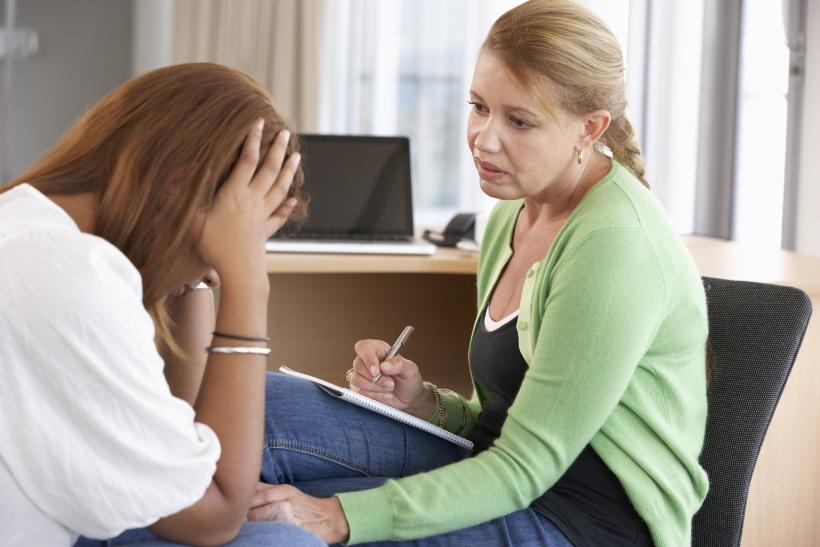 Bearing witness to people's pain can test the strength of one's faith in humanity.

I first realized my desire to help people back in P.S. 96 in Da Bronx, where I spent countless hours in 4th grade aching to bring a smile to what I have come to realize was classmate Richie Smolen’s "resting sad face."

As both my parents were holocaust survivors, I felt predisposed to "heal" the unbearable pain of other people. (My own seemed scant in comparison to suffering I saw around me.) Yet rather than adhering to a childhood desire to become a therapist, I heeded another call and for the next several decades worked in magazine publishing.

When I enrolled in social work school at midlife, I felt awe and gratitude at earning a license to do this sacred work. However, nine years of treating fellow human beings in all their bleakness, fear, anger, hostility, rigidity, self-absorption, and self-destruction takes a heavy emotional toll. The NIH cites that, according to several studies, 21-67 percent of mental health workers struggle with therapist burnout. “If you are not struggling with this you are either in denial or you aren’t very good,” affirms Dr. Brad Reedy, co-founder and clinical director of Evoke Therapy Programs.

I’m not in denial! While I still love being a therapist, the work has caused fissures in my sanity and soul in the following ways:

1. Bearing Witness to the Endless Expanse of People’s Cruelty to One Another.

Three grandparents and three aunts died at the hands of Nazis. I grew up surrounded by relatives with tattoos on their arms and haunted expressions in their eyes. In my nightmares, screaming Nazis chased me through the streets of Queens, New York. Nightmares I kept to myself, reluctant to burden anyone. More important than the inherited sadness, my parents’ resilience and unimpaired ability to love buoyed me as a child and young adult.

In my pre-therapist life, I served as an interviewer for Steven Spielberg’s USC Shoah — a visual history foundation that videotapes witnesses to genocide. Over a two-year period I took testimony from 67 survivors — each humbling me with their willingness to reopen unimaginable wounds. I believed Shoah’s work would teach important lessons to the world about the urgency of treating one another with compassion.

Now, as a mental health professional, I am sickened by how little we have learned. Almost daily, I hear proof of our ongoing cruelty — stories of mental, physical, and sexual abuse:

Ruby, scarred physically and emotionally from being used during her teenage years as a sex slave with her parents' consent.

Sam, whose father hung himself in his son's apartment, leaving a note: "Sorry to do this here but I know my passing won't mean much to you anyway. You were always a mama's boy."

Hearing a horrific story of sadistic behavior, I maintain the capacity to feel ever so slightly shocked at the depraved depths human beings can reach. I try to somehow cling to Anne Frank’s words: “Despite everything, people are really good at heart."

2. Realizing How Little I Can Actually Help My Patients.

The paradox: people who are drawn to becoming therapists do so out of a desire to heal. But that is beyond our ability. I often joke to my patients, “Unfortunately, I left my magic wand home.”

In addition to my private practice, I work two days a week at a mental health clinic that treats those who could not otherwise afford therapy. It is an overflowing "basket of sorrow" (apologies to our Democratic Presidential Nominee) to sit with patients who’ve been handed the short straw, i.e., schizophrenia, bipolar disorder, chronic illness, poverty. I often feel unable to serve as anything more than a cheerleader.

Mirlande haunts my dreams. Raised in Haiti, her family immigrated to New York when she was 16, soon after forcing her into marriage with a much older, violent man. After rearing three children — the youngest killed by random gunfire at age 12 — she found the courage to leave her husband. Fibromyalgia rendered her unable to continue working as a cleaning lady. Refused aid by her wealthy siblings, she wound up homeless. The only time Mirlande missed a therapy session was after being hit by a bicyclist. Released from the ER, left leg encased in a cast, she returned to a patchwork existence of sleeping on various acquaintances’ couches.

Having been denied disability and supportive housing, and terrified of the shelter system, Mirlande’s depression and sense of hopelessness is palpable. I pump her up, telling my patient how strong and resourceful she is and that it’s okay to fall apart in session. Against the social worker ideology of not proffering gifts, I give her bagels, bananas, $5 bills…

At the end of our 45 minutes together, watching her square her shoulders and head off to nowhere, I feel alternately outraged and sickened at her plight.

3. Making Mistakes I Can’t Walk Back.

I own that I am a good therapist. I also own that the therapeutic process is collaborative. If I’m the only one in the "fight" to help the patient, it’s an unwinnable endeavor. But it stings when I fail to positively impact someone I thought would benefit from our partnership.

After Ellen confessed during our intake that she was a child of holocaust survivors, I felt our bond could help her put faith in me. Her identity as "victim" — first by her emotionally battering mother, then the world at large — was deeply embedded. She explained that nearly everyone she encountered took advantage of her niceness and treated her “worse than dirt.” No one understood Ellen and no one would ever truly appreciate her sacrifices.

Session after session, I listened to her recurrent tales of woe, attempting to build a bridge of trust between us. Only in an atmosphere where she felt safe could we begin to unravel the iron tapestry she had woven around herself to keep others at bay.

But one of my flaws is impatience, and six months into our work, I confronted her, with a tone she termed as "disgust," with the theory that perhaps she set up lopsided relationships to perpetuate the belief that everyone would disappoint her.

We mended this fence, but the breach soon widened. Every few sessions, I said something she leapt on as a sign that I was a “terrible therapist” and didn’t understand her.

She terminated 10 months into our therapy, perhaps more bruised than when we started working together. I know her resistance to change isn’t my fault. And yet…

These failures remind me anew of the fragility of my patients, and how as skilled as I sometimes feel, to some extent I too am stumbling in the dark. I want to bear witness to people’s pain, but it’s essential not to be swept away myself. Most importantly, I have to forgive myself for not being perfect. I do the best I can, but sometimes my best is not good enough. I flirt with therapist burnout, but I won’t let it take me to bed.

On days when I have to force myself to walk into the room where I will soon share space with a variety of troubled human beings reaching for an anchor, I remind myself of something Mirlande recently said. “Sherry, you are the first person who ever believed in me. Even though I am homeless, I finally feel at home in my heart.”

*All names and identifying details are changed

If you like this article, please share it! Your clicks keep us alive!
Tags
therapy
abuse
therapist
LCSW
counseling

4 Ways To Become Your Own Best Friend
Sherry Amatenstein, LCSW

3 Things That Break My Heart As A Therapist
Sherry Amatenstein, LCSW