Ask Erin: Help! I'm In Love With A Person I Likely Have No Future With 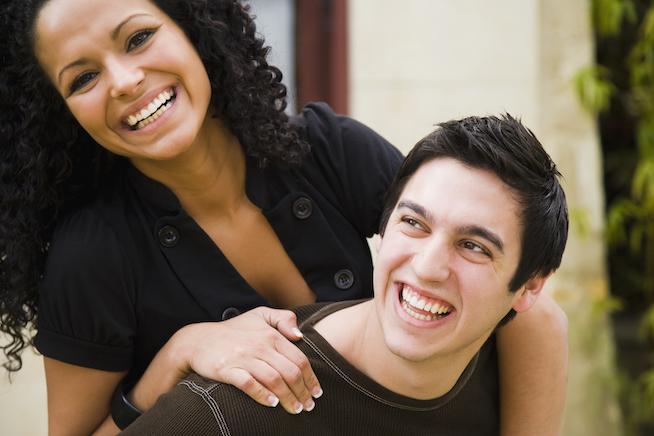 I feel like I'm setting myself up for heartbreak — but at the same time, things could change?

She’s made all the mistakes, so you don’t have to… Ask Erin is a weekly advice column, in which Erin answers your burning questions, about anything at all.

I recently became involved with a man who is significantly younger than I am. I feel foolish, but at the same time, I know love comes in many different forms. I shouldn't second guess it; I should just enjoy the ride.

However, we have different ideal around what I would consider to be deal breakers. For instance, I know that he is "considering" to have a kid(s) one day. I have never wanted children and, frankly, I'm too old to have any at this point.

Should I cut my ties because I know it probably won't work out in the long run? I feel like I'm setting myself up for heartbreak — but at the same time, things could change?

He never said it was a deal breaker for him. I know I’m projecting a little, but I do want the best for him and I also don't want him to resent me down the road. He doesn't seem to have the same hang-up on this stuff as I do.

But I'm at the age where I can't waste time on relationships that don't have a "future." I'm at a loss as to what to do.

It doesn’t help that I have been dating without success for years. And this one feels right, but I am also a realist who wants to use my brain, instead of being ruled by my impulsive and often reckless heart.

I feel like I'm stuck between a rock and a hard place. I want to make a decision before it gets too deep and people get hurt. Although... I think at this point, that will be inevitable. :-(

Oh, love! Wouldn’t it be amazing if loving someone was all we needed to make a relationship work?

I completely understand the age thing giving you pause. I've been there.

But the age difference is not the root of the problem here. Sure, an age difference can mean that you are at two totally different stages of life, but that is not necessarily true. My husband is 7 years younger than I am, but I could (actually, everyone could) argue that he's more mature than I am in many ways. Despite the age difference, when we began talking about the future, what we both wanted completely matched up.

The real issue here is what you said about having different ideals. And yes, I do think having fundamental differences in ideals and what you want out of life brings you into deal breaker territory. Wanting/not wanting kids is a BIG one.

Sure, many of us have had to adapt. What we want — what we envision for ourselves — often doesn't pan out the way we planned. Although you didn’t name specifics, I would venture to guess that there are other differences in ideals beyond (not) wanting/not wanting children.

You asked about the possibility of your ideals/deal breakers changing. I think that is unlikely, unless they are deal breakers about superficial things.

Happiness in a long-term relationship is completely dependent upon finding someone who shares your values and basic ideology.

You can be totally opposite in many ways, but at the core, it’s important that you both have similar visions for the future.

It’s hard to break things off when so much is right. I have spent time in relationships when everything was almost what I wanted. But “almost” usually doesn’t cut it, no matter how much you love someone. That’s not to say that you accept perfection and nothing less. But, sharing core values and ideals is essential.

Before you make a decision, it would be worth it to have a conversation with him, to be very clear with each other about what you both want for the future.

This is not about ultimatums, it’s about clarity. Once you have that, you will know in your heart what you need to do.

If you have a question for me about dating, sex, marriage, divorce, chocolate bunnies, kids, Russian poetry, volleyball, or anything at all, email me at rarelywrongerin@gmail.com. As always, your anonymity is golden. xoxo

If you like this article, please share it! Your clicks keep us alive!
Tags
Ask Erin
dating
relationship advice
love advice