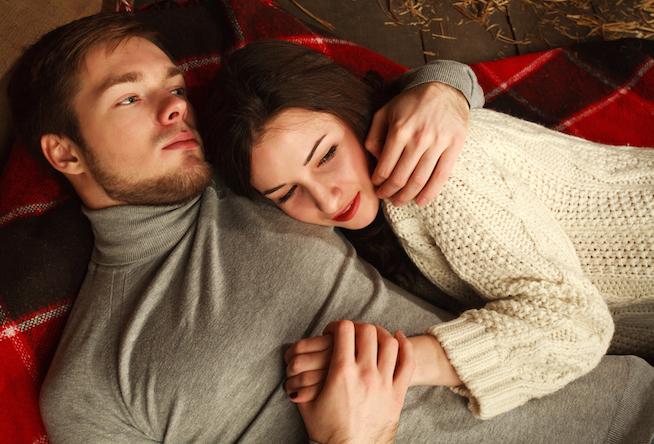 If the circumstances were different, I would tell him to cut his losses and go back to her.

She’s made all the mistakes so you don’t have to: Ask Erin is a weekly advice column, in which Erin answers your burning questions about anything at all.

My partner and I got together last December. The problem is that, while he loves me, my boyfriend hasn’t got over his ex.

Being polyamorous, my partners loving other people as well is not a problem. My current partner is also open to the idea, though, unlike me, he has never been in a polyamorous relationship and has conflicted feelings.

So, really, we’re both OK with the idea of him loving both of us... in theory.

The more time passes, the more he misses her. He's torn up with guilt, self-loathing, and longing, and nothing seems to help — none of his favorite things distract him, and some days he can hardly look at me because he feels so bad. His depression is getting worse. They were together over five years and engaged for one. Everything reminds him of her. He cries almost every day and hardly sleeps because of the guilt.

If the circumstances were different, I would tell him to cut his losses and go back to her. But she used to smack him around whenever she got mad. She said all his hobbies were stupid and demanded that he spend every minute with her. If he left the house without her, she would phone him every five minutes — except when he was at work. Then she'd phone him on his break.

She hated his women friends and frequently accused him of cheating on her with them. She also refused to believe he had mental health problems — despite him being diagnosed and treated by a doctor.

After finally telling me (and some others) about all that had happened, he managed to gather the courage to break up with her. I was so proud of him.

Before they finally broke off contact, he had broken up with her six times: She still would not let him go. She threatened to lock him in a room to make him stay when he went back to collect his things. When we got together some time later, she re-established contact to tell him she was going to kill me, then that him, and then herself, so that she and my partner would be ‘together forever in [their] grave’, and then when that did not make him go back, he ended up having to call the police to stop her killing herself at 3 a.m.

She scares me, and I’m worried he will never have the courage to leave again if he goes back. I won’t force him to stay with me if we don’t work as a couple — I’m not cruel — but I wish there was some way I could at least be sure he wouldn’t go back to someone who might kill him. There must be something that can be done to help him get over her. Is it just some kind of Stockholm Syndrome? He knows there were bad times, and he tries to remember them to help him get over her, but he can’t help remembering the good times, which makes him guilty and sad all over again. Is it just that his depression is making it worse? I know there was abuse further in his past as well.

I’m honestly at my wits’ end. We’ve agreed to leave all major decisions about this until after our current big projects are over, so we can talk with clearer heads. But it’s getting worse day by day — I’m frightened for him.

At one point, she said she would take him back only if a) he was ‘unsullied’ (i.e. he hadn't slept with anyone else, as if that would devalue him somehow), and b) if he agreed that he would have no female friends in case he cheated ‘again.' She is still convinced I broke them up to be with him, even though there was a considerable amount of time between those two events.

I know I’m rambling and I’m sorry. I’m just emotionally exhausted and an outside eye would seriously help to give me some perspective on the whole thing.

Phew! You must be exhausted. I'm exhausted just thinking about this mess!

OK, I am going to try to give you simple advice about this complex situation. Normally, I try to help people straighten out their own feelings first before they assess whether or not they should stay in their relationship.

In this situation, I feel compelled to tell you to GET OUT.

I understand that you are concerned about him. And, clearly, he needs some help. But being his romantic partner is not going to help him.

There is only ONE of these issues that you have any control over — your relationship with him. No good can come from staying in this situation. You can’t save him, just as he can’t save her.

The only person you can save is yourself.

I often ask people this question when they are in a dysfunctional relationship: Is this the type of relationship you would envision for your child/sibling/best friend? I am pretty sure you would say no.

You can be his friend, but this romantic involvement is not healthy for either of you.

2. Set boundaries to keep yourself safe and encourage him to do the same.

It sounds like his depression/mental health issues are not being adequately handled.

You can point him in the right direction — as you mentioned he has been diagnosed, I'm hoping he still has a therapist or psychiatrist — but then you have to let go with love.

3. If you believe he or his ex are a danger to others or themselves, you can report this to the appropriate authorities.

4. I think a group like CODA or AL-ANON would be very beneficial.

Sometimes we forget, but the only person you are responsible for is you.

International meetings can be found here and here.

5. Lastly, I am going to reiterate: You have no control over her actions or his actions.

We could pontificate for days on why he is drawn time and again into abusive relationships. We could speculate on what’s really going on with her.

But it doesn’t matter. What does matter is that you find your way out of this chaos and take care of yourself.

If you have a question for me about sex, love, parenting, divorce, depression, the friend zone, Purple Rain, Edith Piaf, books, tea, or anything at all, email me at rarelywrongerin@gmail.com. As always, your anonymity is golden. xoxo

If you like this article, please share it! Your clicks keep us alive!
Tags
Ask Erin
polyamorous
dating
advice
ex
codependency