Borderline Personality Disorder Fueled My Mom's Abuse. Here's How I Started To Heal From It. 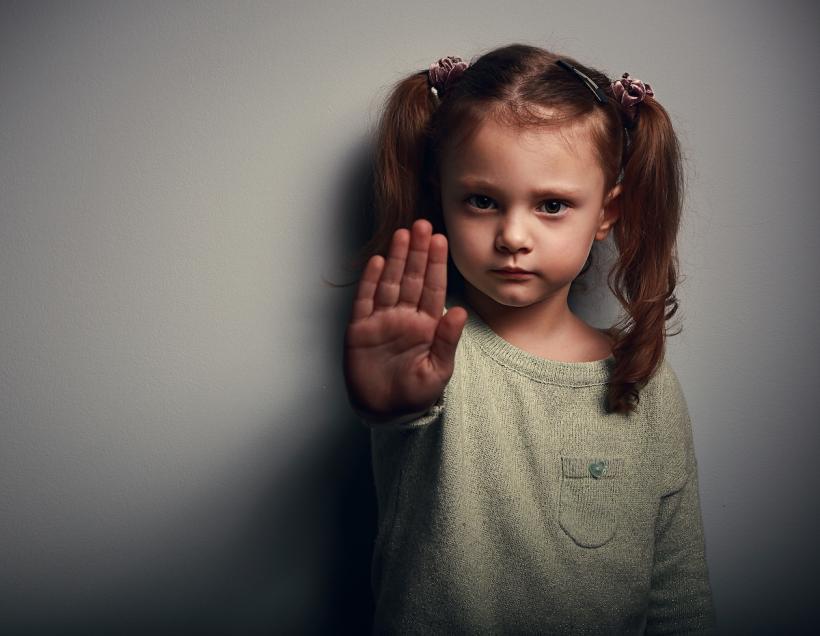 It has taken me most of my adult life to come to terms with my childhood, because I chose avoidance over examination. Image: Thinkstock.

What my mother saw was a carbon copy of herself, and every side-eye and negative comment was an echo of offensive remarks made about her own behavior as a child.

My sister and I were having one of our many discussions about how our mother treated us growing up.

Our significant age difference (she's nine years my junior) made it seem as if we grew up in completely contrasting environments. But one thing remained constant — our parents' abusive and toxic behaviors.

It has taken me most of my adult life to come to terms with my childhood, because I chose avoidance over examination. After all, I had a roof over my head and food to eat, and I could have had it much worse.

It wasn’t until I started researching my mother’s diagnosis of Borderline Personality Disorder (BPD) that the missing puzzle pieces started falling into place.

Behaviors that may be highly dysfunctional as an adult were actually protective during a childhood marked by recurrent perceived trauma.

I found Christine Lawson’s fairy tale classifications perfectly descriptive of the behaviors both of my parents exhibited throughout my childhood. Thomas Franklin, M.D., medical director at Sheppard Pratt, outlines a few of the most recognizable paradigms:

Borderline, passive-aggressive, narcissistic, and schizoid personality disorders could describe these characters in turn. The impulsive, attention-seeking, passionate Witch. The passive but no less powerful and attention-seeking Waif. The imperious but ultimately insecure Queen. The withdrawn and mysterious Hermit.

Franklin explains that, unlike fairy-tale villains, individuals with BPD have loved ones who are hurt, and their complex nature needs to be considered.

Experts believe that many people who have BPD are:

It doesn’t help that the conversation surrounding BPD remains limited, creating a stigma that often makes a person with BPD feel vilified. David M. Reiss, M.D., writes in his paper “The Borderline Experience”: “In my opinion, the key to understanding the experience of a person with BPD is through appreciating that behaviors that may be highly dysfunctional as an adult were actually protective during a childhood marked by recurrent perceived trauma.”

There are always a series of interviews following these tragedies stating how unexpected the crime was, because the accused was “a good person,” “fun-loving,” “generous,” and almost always came from a “normal” family.

Aileen Wuornos, the real-life inspiration for the mass murderer in the 2003 movie Monster, was diagnosed with BPD during her 1992 trial. Psychiatrists determined that the sexual and physical abuse Aileen suffered as a child triggered her, causing her to seek revenge on her victims.

In the documentary Aileen: Life and Death of a Serial Killer, those interviewed said that, because she was abandoned by her family and community at a very young age, Wuornos never had a chance in life.

Wuornos may seem like an extreme example, but as anyone who has watched a show like Snapped or Deadly Women can tell you, the criminal usually surprises those close to them.

There are always a series of interviews following these tragedies stating how unexpected the crime was, because the accused was “a good person,” “fun-loving,” “generous,” and almost always came from a “normal” family.

Even when a convicted criminal comes from an abusive situation, critics are slow to consider how much impact emotional abuse can have on a child. As Christine Lawson states in Understanding the Borderline Mother, “Chronic psychological degradation of a child, or an adult, can have deadly consequences.”

At first glance, my family probably seemed normal to the outside world — my mother was well-educated, my stepfather, gainfully employed — and our church-going exterior distracted others from the addiction and abuse that lay beneath.

Whenever my brother got into trouble for his disregard for authority or bad attitude, my mother saw it as a victory.

My younger brother was what schools and communities like to label a “troubled” kid. His antics made history when he was the first kindergartner to be expelled from our private school.

My mother saw in my brother a carbon copy of herself; every side-eye and negative comment was an echo of offensive remarks made about her own behavior as a child.

When I was younger, I believed that my brother’s behavior was the direct result of the physical abuse he suffered at the hand of my stepfather. I didn’t realize that all the therapy and rehabilitation my mother fought for my brother to experience was useless — because, out of fear, no one in my family was telling the truth about my stepfather's abuse.

No one on the outside thought to look closer at this sweet, intelligent child. They all assumed that my brother enjoyed his reputation as a trouble-maker and so he had embraced the role the world gave him.

I witnessed the abuse and tried to stop it, but I saw the moment when he hardened completely and refused anyone’s help.

When I was wrestling with him, I could see something snap in his eyes, and I could no longer recognize my sweet brother.

From that moment on, we had each other’s back, the way siblings sometimes do: but our main goal was survival.

This could often lead to physical arguments only made worse by our mother’s encouragement to settle our differences via practicing what we'd learned in jujitsu class together.

My mother enjoyed playing us against each other, and would often root for whichever of us was in her favor that day. When I was wrestling with him, I could see something snap in his eyes, and I could no longer recognize my sweet brother.

Splitting occurs with BPD parents because the BPD worldview is black and white, with little room for compromise. When people with BPD have children, one child is seen as “All-Good,” while their sibling is viewed as “All-Bad,” and these labels can change depending on what need of the BPD parent is being fulfilled.

Although I admired my brother’s bravery, I dissociated when things got ugly, and tried to fade into the background.

I followed the rules out of fear, and kept my opinions to myself, but my mother labeled me a phony and constantly accused me of doing the worst.

Healing as an adult child of a BPD parent can only really begin when we realize that we weren’t supposed to be responsible for a parent’s happiness.

One of the most destructive situations that can occur between a BPD parent and a non-BPD child is enmeshment: the inability to separate your feelings from your parent’s, or to discern what your thoughts and needs are beyond your parent’s expectations.

Because of my brother's inability to detach from my mother’s view on life, he has no autonomy from her, and his children are subjected to the same parenting behaviors.

Healing as an adult child of a BPD parent can only really begin when we realize that we weren’t supposed to be responsible for a parent’s happiness, that children aren’t inherently bad, but are supposed to be protected.

Essentially, growth only comes when you recognize your childhood for what it was.

Borderline Personality Disorder Fueled My Mom's Abuse. Here's How I Started To Heal From It.
Diana-Ashley Krach