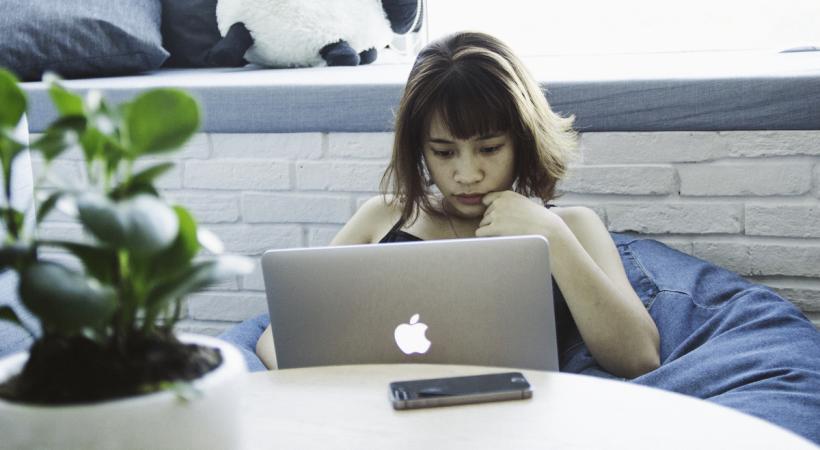 Still trying to heal from a difficult childhood and toxic parenting... Image: tranmautritam/Unsplash.

I know how it feels to be viewed as an annoyance or burden by the person who ought to love you unconditionally.

I am a big fan of inappropriate humor (especially when said humor is tinged with sarcasm), and I’m an even bigger fan of using comedy to deal with life’s ugliness.

But when the humor is at the expense of someone unknowing and innocent — say, a child — I no longer consider it funny.

One day on Twitter, I came across Sh*tty Mom, whose moniker is from the book series of the same title. The books are intended to be comedic, in-your-face parenting guides for imperfect mothers.

What I noticed from the Twitter page, though, was that a lot of the jokes were more offensive than humorous.

Who am I to get offended? After all, I don’t have children — a fact that my estranged mother will tell you gives me zero authority on anything parenting-related) — and my babysitting experience, as extensive as it is, still pales in comparison with the childcare required of a full-time parent.

However, I do know what it's like to have a narcissistic parent.

I know how it feels to be viewed as an annoyance or burden by the person who should (ideally) love you unconditionally.

Tracy Cassels, founder of Evolutionary Parenting, writes, “Perhaps it’s just not funny to view your child as a burden, a pain in the ass, or the enemy who ruined your life... When you view your child that way, your parenting is going to reflect that.”

Even if pressed, my mother couldn’t tell you my favorite color or my favorite food, but she will tell you how selfless her parenting was, and how ungrateful I am as a child.

One excerpt from the book Sh*tty Mom For All Seasons goes into great detail explaining how to dispose of your child’s “garbage” without your child knowing.

Artwork, according to Shitty Mom, is mostly garbage, because your child isn’t as talented as they think: “By second grade, his glue blobs still looked exactly like glue blobs. Along with his poor skills, he also held on to an unrealistic faith in the nexus between garbage and genius.”

My estranged mother encouraged me to express myself through art, but only as long as it didn’t inconvenience her in any way.

When I was in kindergarten, I made and illustrated a book about my family as part of a class project. I drew a picture of my mother with a caption that read: My mom’s hair is red, like her temper.

My teacher thought this was hilarious, even showing it to other teachers throughout the day, but my mother didn’t find it humorous at all.

After that incident, I shied away from expressing myself truthfully, out of fear that I might hurt her feelings.

I was a child of the latchkey generation: Like most of my friends, I understood the sacrifices my parents had to make in order to put a roof over our head.

For those who were raised at intersection of Generation X's “get over it” and Generation Y's “express yourself” these conflicting messages resulted in the inability to tell your story without feeling guilty about it.

This guilt is infinitely compounded when your parents reject everything you create as a lie, or turn your story into their own somehow, without a thought to how such behavior could affect you — their child.

Last month, Maggie May Ethridge wrote an essay titled “How I Became That Mom Breastfeeding A 4-Year-Old.” It wasn't centered around the topic of breastfeeding — rather, it was a touching story about how she listened to her daughter and discussed her daughter’s needs honestly.

More than one critic in the comment section attacked Ethridge for being self-serving, or for abusing her child by breastfeeding past the “socially-acceptable” age.

But what struck me was how she tuned into what her child actually wanted, and respected her needs.

I never expected my parents to embrace all of my hobbies or interests, but I did expect them to listen, to pay attention.

Sh*tty Mom for All Seasons also advocates any type of activity that distracts your children, whether it be over-feeding them or sticking them in front of the television. This may be necessary for working parents who need a break, but Sh*tty Mom goes a step further in explaining how much of a time-suck children are:

There is no worse feeling in the world than knowing you’re about to spend the next three months with someone who thinks American Girl dolls were invented for mothers and daughters to play together.

I never expected my parents to embrace all of my hobbies or interests, but I did expect them to listen and pay attention to me.

She doesn't know my favorite book or author, but she can tell you that I have “no right” to comment on parenting, and that I remain childless not of my own choosing, but because of some kind of karmic punishment.

The Sh*tty Mom movement provides a support system for imperfect parents. I’m sure those with families who put the “fun” in “dysfunctional” can find loads of humor in the material.

But for those of us who are still trying to heal from a difficult childhood and toxic parenting, the jokes aren’t funny.

Borderline Personality Disorder Fueled My Mom's Abuse. Here's How I Started To Heal From It.
Diana-Ashley Krach