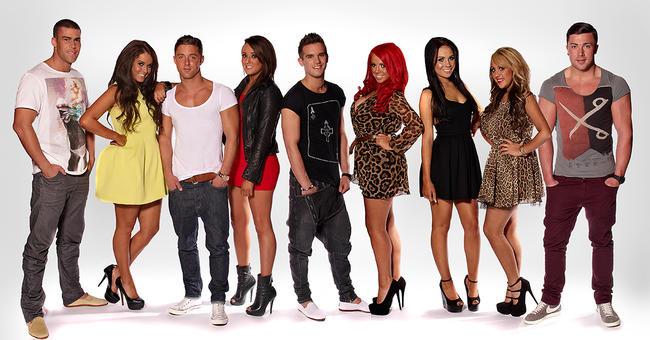 The reason I love and respect the women of the show is their openness and hilariousness about sex. Image: MTV UK.

Yet, to me, it is so much more than that.

As a fully qualified human woman, I can’t help myself analyzing the show through feminist-tinted glasses. To me, many decisions and attitudes of the “family” reflect a new kind of feminism.

There are certainly some deeply problematic aspects to Geordie Shore: the portrayal of sex within relationships and the way the “lads” refer to girls, in particular. I am not ignoring this. But I’m not writing a thesis about why Geordie Shore is a glorious beacon of modern feminism.

I’m just saying that sometimes, the girls on this show use sex positivity in a way I find conducive to undermining the patriarchy, OK?? Leave me alone, Mom.

The reason I love and respect the women of the show is their openness and hilariousness about sex. Their portrayal of sexuality not only as power, but even as a weapon is commendable.

Yes, they might be exhibiting their sexuality to an extreme, but this is after millennia of girls quite simply not being allowed to at all.

Going too far the other way is a time-honored method to shock the system back to equilibrium.

One of the most common (read: boring) criticisms of sex positivity in girls is the well-established double standard.

Not so to Charlotte: “This woman flung herself under a horse. Us walking around saying ‘No, I don’t have one-night stands,’ is like saying to that woman, ‘What the fuck did you do that for?’”

Rebecca knows that the shagging about we take for granted today is a privilege we owe our foremothers: “We wouldn’t be who we are today if those women didn’t hoy [throw] their selves under the horses.”

The girls will not play second sexual fiddle to the lads.

When Char is spurned by Gaz, her first thought is of “Cock. Big ones. And not Gary’s.”

They sexually compete against the boys of the show. Holly warns that “I’m going to be banging for fun. Literally, I’m gonna be the new Gary.”

The girls refuse to be passive objects, instead adopting the boy’s sexual aggression and reflecting it back at them. Rather than attempting to rein in the boys’ “pulling [picking up women]” they level the playing field by adopting for themselves the masculine sexual standard.

We exist in world where we are told to fear or be ashamed of our bodies, rather than enjoying them. And somehow the Geordie women have unlearned this — and thus, in their small way, helped feminism.

When Scott and Gary form a “buck squad” (or, as Holly scathingly puts it, “two silly little boys trying to stick their penises in any kind of hole”), instead of getting angry, they get even.

They form their own shagging superpower — the “cock capturers.”

After three-way kissing two girls, Holly claims she was “just doing a Gary.”

Charlotte announces proudly to the camera, “I’m free, I’m single, and I’m ready for my clit to tingle.”

Charlotte literally and linguistically surpasses Gary in her pulling mission.

Echoing Gary’s iconic credits-quote (for the uninitiated: that he “should have a degree in pulling women”), she outdoes him, declaring: “I should have a degree, a masters, and a PhD, and I’ve just graduated and I’ve went straight into a job; everyone wants to employ us to pull all the men.”

Charlotte’s sexual appetite is depicted as enormous and insatiable. After becoming unwillingly single, she decides the best way to cheer herself up is “to fit a penis into every single orifice in my body.”

Even Vicky, often thought of as the most prudish of the girls, uses boys for fun. After breaking off a disastrous engagement, Vicky’s excitement at her newfound sexual freedom is visible. She sheepishly grins and admits she’s “back to the old Vicky.” She even dubs herself “a weapon of tash [mustache] destruction.”

The girls even associate sex with violence to demonstrate its power: They are not passive objects of men’s sexual aggression.

After warnings about how Gary will “hurt” her, Charlotte responds, “Wait until another boy gets back here, and I don’t think anyone will be getting hurt at all. Maybe that boy. I’ll be bouncing so hard he might be getting hurt.”

After Holly and Kyle get together, she claims it doesn’t count as sex because “he would know if I shagged him. He wouldn’t be able to walk.”

In the Geordie world “the girls are completely on top. If this was a food chain, we would be wild lions, dominating the area and slaying our prey.”

For Charlotte and Gary, sex is a constant source of contention. Yet it’s almost as if the viewer knows that Charlotte secretly has the upper hand. We know that when she “seduces” Gary, he’ll do “whatever the fuck I want you to. So stop acting like you wear the fucking trousers.”

By making sexual decisions, the girls demonstrate a certain control over the boys: “I’m not going to suck you off at your demand; I do it when I want to.”

Claims about being “good in bed” are commonly a custom reserved for men. But on the show, the girls brag about their sexual skills — maybe even more so than the lads. Holly proudly tells James, “I will have sex with you. And I’m very good at it!” When she has to settle for sex with a stranger, she counters, “It’s easy to pull. What’s your problem, James?”

After Holly and Kyle sleep together, the celebration of each is almost identical. Kyle walks into his bedroom to a round of applause, while the girls jump on top of Holly, hugging her and announcing her “top shagger.” Never is the equality between how girls and boys have sex more apparent.

Later, when Holly claims she no longer wants to have sex without being in love, Charlotte admonishes her: “What is the point to even have a vagina? You are a disgrace to all women.”

Perhaps the most obvious way the girls exhibit their sexuality is by drawing attention to its form incarnate: the vagina.

Size matters here, too. For every mention of large penises, we have a comment that a vagina is “as big as the moon. It’s going to swallow all these cocks up.” Charlotte describes her “fanny” as “gaping wide for all the cock.”

The sentiment is clear: the girls can have sex, feel desire, and, most importantly, proudly brag about it, just like the boys.

I can’t in good faith claim the image of women presented on Geordie Shore is wholly fantastic for feminism.

And yet, for all my lightheartedness, I do genuinely think something important is happening here: An incredibly popular show is portraying a sex-positive message to women.

We exist in world where we are told to fear or be ashamed of our bodies, rather than enjoying them. And somehow the Geordie women have unlearned this — and thus, in their small way, helped feminism.

Yes, there’s more to equality than being allowed to have sex like men do.

But it’s not a bad place to start.