How I Learned To Love My Mombod 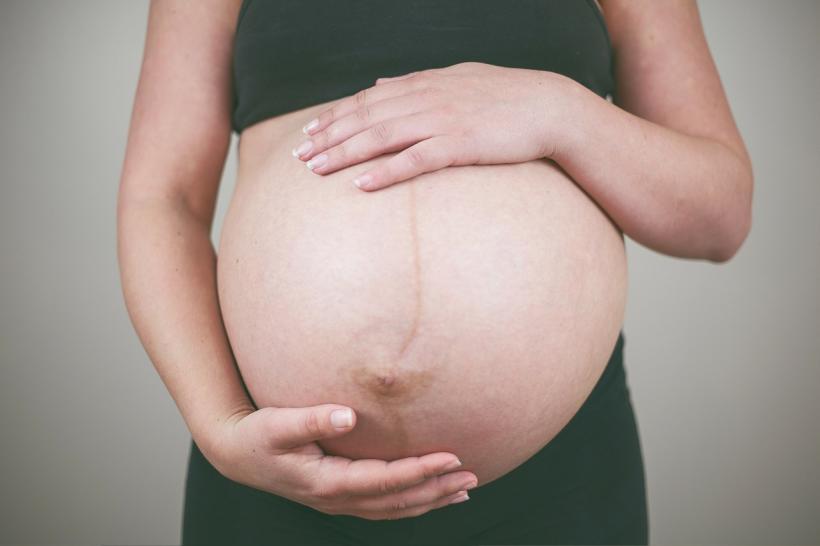 My first pregnancy occurred long before the body-positive Mombod craze.

I used to think my stomach was something to hide and hate. Not anymore.

I have never been into the “earth mother” aesthetic. Do not buy me a fertility goddess statue with mammoth breasts and the planet earth painted onto its belly — because both times I was pregnant, that is exactly what I looked like.

My first pregnancy occurred long before the body-positive Mombod craze. Life would have been so much easier if those pics — or this viral beauty — were around back when I was butterballing it through my first pregnancy. (I think What to Expect When You're Expecting was still recommending “20” as the ideal number of pounds to acquire.)

I remember a male friend remarking on my weight gain: “I don’t get why you would gain more than the baby weighs.”

I know it’s complicated, but here’s a rundown of the stuff that competes for space inside women while they’re pregnant:

I actually felt bad for showing.

I happen to be a tall short person (almost 5’4” in kitten heels) who started her pregnancy wearing a 36C and ended it with a 40 Double Z or whatever. People assumed I was carrying twins at month six. Strangers actually pointed and laughed when I ventured wobbled to the grocery store a few days before launch date.

As you can imagine, I am not one of those svelte women whose womb rests easily within her ribcage — allowing her to not even show until late in month seven.

Like the toughest Mombods, I still bear my stamp. There's a legion of now-pale striations covering my slack belly.

It means you’re healthy and so is your baby. Your baby is not into famine. Your baby doesn’t think you’re fat. Your baby wants your womb roomy and your boobs epic (which they will be).

That should be the kind of stuff we celebrate — which is why I’m so in love with Mombodies and their images.

Maybe the ancient cave people had it right when they gave their little talismans boob-acious racks and tummies filled with quints. I wish they would have carved a little post-pregnancy Mombod statue. (Now this I want! Shut up and take my money, Etsy scupltors!) The breasts still rock, but it’s got a sagging belly with little stretch marks carved into it. The men will take it into battle to absorb its strength.

Ten days after my first due date came and went, I looked in the mirror, screamed, and basically died. Overnight, my stomach and hips had become covered in cherry-pink stretch marks, veining out as if my entire torso had fractured. As if a congregation of lightning bolts decided to stamp me with magenta ink.

My belly is the exception. Like the toughest Mombods, I still bear my stamp. There's a legion of now-pale striations covering my slack belly. I thought I was the only one until women were brave enough to post photos.

I used to think my stomach was something to hide and hate. Not anymore. (But no, you’re not getting a picture.) Now I know I’m marked with everything awesome and warrior-like about being a mom, about carrying my two hearty boys.

Like other moms, I’m built of the stuff the War Gods want to harvest and steal. But they can’t have it. We’re too damn strong.

Thanks, Mombods. I’m proud to look just like you.

If you like this article, please share it! Your clicks keep us alive!
Tags
pregnancy
body acceptance
body positivity
post-pregnancy
mombod