How To Survive A Toxic Workplace 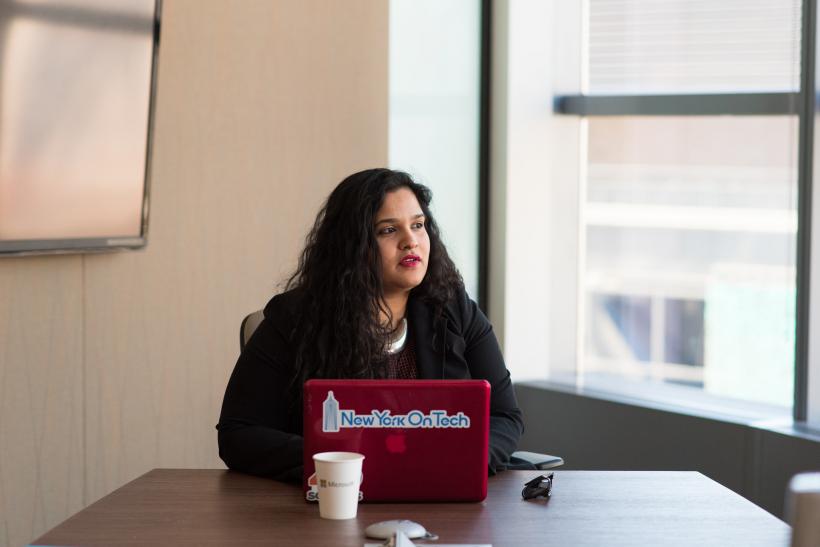 As many as 71% of millennials have mentally checked out' on their jobs; 55% of them are 'not engaged' at their workplaces. Image: WOCinTech (CC BY 2.0).

When it comes to your job or career, it is crucial that, wherever you are, that environment aligns with your core values.

If you think your workplace is a toxic environment, you’re not alone.

According to Gallup, a company that delivers analytics and advice to employers, employees, and all those in-between, as many as 71% of millennials have mentally “checked out” on their jobs; 55% of them are “not engaged” at their workplaces. Millennials are also the most likely generation to switch jobs and careers, and 6 out of 10 millennials are open to new prospects.

One major cause of this disillusionment is that so many of us work in toxic environments.

I am using “toxic” to mean “hazardous to one’s health” in the broadest sense: If your work climate is taking a toll on you physically, mentally, or spiritually, it probably means you work in a toxic environment.

I am a shining example of this. About a year ago, I was working at a small company of less than 10 employees. I didn’t feel valued, and everyone around me berated one another. Although I was fortunate enough to escape being treated with derision by my coworkers, I’m positive had I stayed any longer, it wouldn’t have been the case.

Six months was all it took for me to get out. One day I froze behind my desk because my boss came in the room and yelled at my supervisor; their spat escalated up to the point where I was convinced he would hit her.

The blood on his skin started to boil, and his usual pale complexion morphed into a conundrum of reds. Although he didn’t physically abuse her, he did so verbally. While the two inflict pain in different ways, both are unacceptable.

As if they could feel me shaking on the other side of the room, they took their charade outside and let strangers witness their fight instead.

A few hours later, my boss told me, a smirk on his face, that they went outside because he “didn’t want to scare” me.

The next day, I put in my notice. I’m grateful I was able to leave when I could.

Toxic environments can be characterized by the presence of an abusive or manipulative boss, cliques that make you feel like you’re back in high school, an atmosphere that leaves you feeling emotionally and physically drained, and unbalanced power dynamics being used to your superiors’ advantage.

Britt*, a 24-year-old web designer, quit her nonprofit job because she said there was no room for her in the company culture. She was surrounded by men in their 50s who’d been at the company for decades. They often excluded her unless they were making advances. She said, “I tried so hard to act professionally and I did it for as long as I could. I’m so glad I got out before things got worse.”

Amber, a woman in her early 30s, told me about when she worked at an arts organization with poor upper management with a high turnover rate. Every few months, some new president or vice president took the helm, and they all fed on negativity, simultaneously taking it out on their employees.

They kept terminating people. These positions were left unfilled and responsibilities fell on existing staff. We were all getting burnt out with extra responsibilities and no raise in salary to compensate. I was so upset to see the quality of my work suffer. I stayed late a lot and spent all my time on admin work.

Her job even affected her personal life. “It was so hard dating. I rarely talked about my job because I didn’t like the environment at all there. I felt so insecure hearing my date tell me how much he loved his job and what he was doing. My job was definitely affecting my happiness,” she lamented.

Luckily, Amber has moved on and learned to prioritize work happiness and satisfaction as she searched for new positions.

If you are struggling to find meaning in your job, think about why you want to do what you’re doing: Is it out of financial necessity, or is it because you think it’s the right step for you right now?

I wasted three years of my life at a company that literally sucked the happiness out of me. All my coworkers there were just as miserable but they didn’t know how to get out because they weren’t really gaining any experience, especially the other designers.

When you’re better than your boss and you have three years of experience and no portfolio to show, it screws you. You can’t leave because no one else wants to hire you.

There was even a spreadsheet everyone could access to with every employee’s salary, from the President’s to the cleaning staff. It was like they wanted to give you incentive, but it just made me angry. Either you made $130-200k or you were making minimum wage.

Nobody could stay there long enough to make money because we all realized there was no future. Everyone hated the job so much that we bonded over it. We’d just get wasted and get drunk every night at the bar across the street. That was what made it fun.

My advice if you’re working in a toxic workplace is to not stick around. Get out as fast as you can. I wish I had left earlier. I’ve changed careers and love where I work now.

If you work at a place that encompasses all of the above, you should probably seek a position elsewhere. Of course, for some, it may not be financially feasible. Sometimes, you’re living paycheck to paycheck. If the risk of not working for a few weeks or even a few months is daunting, wait it out and see if it gets better.

Maybe it’s your coworkers who are toxic.

Maybe they’re always pessimistic and being Debbie Downers; maybe they're meddling in your personal life and spending hours gossiping; maybe they're not being team players. Perhaps they're even making you feel self-conscious and insecure.

Unfortunately, the only solution I've found to this is to spend as much time as possible away from them. Even if confronting them is something you’ve been fantasizing about for years, you should never burn bridges, especially if you know this is your field or line of work.

It may be impossible to avoid toxic coworkers altogether, but utilizing your time and creating space can do wonders for your mental health and wellbeing. If they track you down, excuse yourself politely (by saying you have a deadline or more work to finish) and move on. If they badger you, remain calm and leave their presence as fast as you can.

Always remember to treat them with respect, even if they drive you up the wall. This is for professionalism's sake only.

If you’re unhappy with your current position, consider whether it’s because you want that next step up.

Or maybe you’re not satisfied because you don’t find your job fulfilling or meaningful. While it may not be a bad compromise holding a less-than-fulfilling job in the short term, it's also important to think about the long run and where you see yourself in 10 or 20 years.

If you are struggling to find meaning in your job, think about why you want to do what you’re doing. Is it out of financial necessity, or is it because you think it’s the right step for you right now?

If it’s the latter, consider the big picture.

You may not find that emotional connection with others or even with your clients, but at the end of the day, someone is still depending on you. And they find meaning in you.

If it’s the former, consider options such as speaking with a temp agency or even a career counselor (pricey, but I guarantee it’s worth the clarity). Gaining new perspectives and not forcing yourself to rely on your emotions and intuition can be extremely helpful.

When it comes to your job or career, it is crucial that, wherever you are, that environment aligns with your core values.

Whether it’s advancement, integrity, authority, or happiness, it’s essential you know what you want.

*The awesome people mentioned in this article are my classmates. Their names have been changed.

How To Survive A Toxic Workplace
Elizabeth Tsung