I Don't Want To Be Your Exception 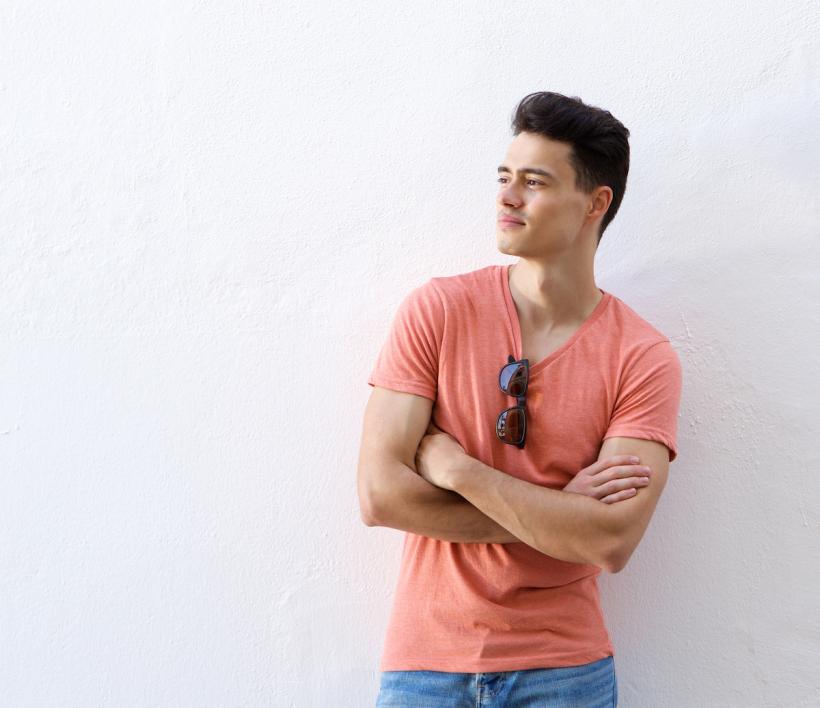 You aren’t wonderful despite these things that make up who you are. You’re wonderful BECAUSE of them. Image: Thinkstock.

You should be loved totally and completely, without your history or lineage being seen as an “obstacle” to be “overcome.”

Everybody wants to feel special.

This is especially true when it comes to dating — the anxiety and pressure of trying to find that one person among billions and hoping that one person finds and chooses you in the same way can be so intimidating.

That being said, there’s a sort of intoxication that comes with being made to feel special, a drunkenness in knowing someone looks at you as though you hung the moon.

However, there’s a certain kind of special that’s secretly toxic.

While it initially may make you feel like you’re something unique and special (which you are) the more you think about it, the more it starts to leave an uncomfortable feeling in the pit of your stomach.

I’m talking about the sort of “special” that comes at the expense of a part of yourself — when someone tries to raise you up as some kind of golden child among the other, less desirable members of your culture, religion, body type or any other sort of character trait.

I don’t want to be your exception.

I’m sure that women reading this will know what I’m talking about almost immediately. It seems like at some point, every woman has heard a dude tell her:

Why is this so toxic, you ask?

Well, it’s pretty simple. There’s nothing wrong with “other girls.”

Other girls are great, and since it’s impossible to know what specific character traits span across an entire gender, anything put forth in that statement quickly devolves into generalization and sexism.

Regardless of how it was meant, this is a microaggression that attempts to raise the self esteem of one person while simultaneously disparaging a part of their identity.

By saying someone’s “not like other [plural noun],” you’re cultivating a sense of competition within that person by claiming they’re the “best” of that group.

At the same time, you’re also saying that they succeed in spite of certain aspects of who they are — as though their gender identity, ethnicity or other qualities are diminishing their value.

You aren’t wonderful despite these things that make up who you are. You’re wonderful because of them.

While I’m not a woman, I’ve experienced this sort of gross behavior before. I’m Puerto Rican, and I’m often mistaken for white because I have fairer skin than other members of my family, and my culture is a very personal thing I don’t openly talk about often.

Because of this, I’ve been involved with white women in the past who typically date white guys. It’s a strange position to be in, because at times it feels like being training wheels for an entire ethnicity of people.

Not sure if you’re comfortable dating Hispanics yet? Well, try Matt Diaz for 2-4 weeks! He’s pale for his ethnicity, doesn’t have a particular fondness for Spanish food, and won’t use any of those intimidating words you don’t know! *Some assembly required.

You deserve to be loved for who you are.

I’m being dramatic, but there have definitely been instances where I’ve been made to feel like I should be proud of being a singular exception to someone’s racist self-imposed rule about not dating people from my background.

Back in 2013, I saw a woman briefly. This woman happened to be white — but specifically she was Upper East Side, New York-white.

If you’re not from New York City, this might be a bit hard to understand, but I’m talking Gossip Girl white. The kind of white where she almost certainly had photo with a child from a small African village she visited that “changed her” as a picture on her Tinder profile.

Am I making this vivid enough? Good.

During the short time we were seeing each other, she often made comments about how she normally wouldn’t date a Hispanic dude from Brooklyn.

I was constantly made to feel as though I’d risen above the ranks of other Puerto Rican men and now had the great honor of going out to dinner with a woman who thought she was too good for the subway. After a while, I started to feel like she was trying to make me her own personal Aladdin, and I’d had enough of it.

I’d finally had enough of it and we got into an argument where I tried as calmly and patiently as I could (see: loudly and angrily) to outline the behavior she was exhibiting that I saw as problematic (see: pointing out the racist shit she was saying.) We were both half-drunk on wine and in one of the quiet moments of the conversation, I heard her mutter something akin to “This is why I shouldn’t date Hispa—”

“Hispanic guys shouldn’t date YOU!” I yelled, interrupting her before slamming the door on my way out.

I’m by no means a particularly culturally attached guy. I’ve jokingly been referred to as “not being Hispanic enough” by family members, and people are often surprised when they realize I’m Puerto Rican. However, that culture is still a part of me and there’s nothing wrong with it.

Whether it’s your ethnicity, your religion, your sexuality, you do not deserve to be loved in spite of who you are — you deserve to be loved for who you are. Those things are a part of you, and they shouldn’t be swept under the rug or pushed to the side so someone can pick and choose the things they like about you.

You are a combination of things that have existed before you and things that happened as a result of you. You are a mixture of genetics, time, love, and luck combined with a world of experiences, stories, trials, and hardships.

There is great beauty in that, even in the parts of you that can be seen as flaws. In your missteps and mistakes, there is the capacity for growth and change.

You should be loved totally and completely, without your history or lineage being seen as an “obstacle” to be “overcome.”

Settle for nothing less.

You will be no one’s exception.