My Mom Had 8 Kids; These Are The Lessons She Taught Me 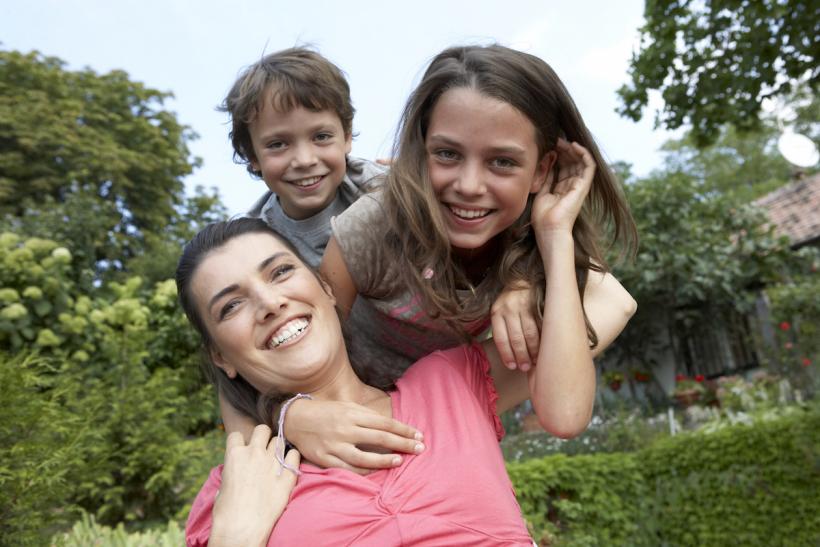 There's one thing I'd like to think I've picked up from my mom: the importance of kindness.

I want to be like my mom in this one important way.

My mom had eight kids. I always knew it was a lot of work for her, because she was always working, right through my childhood.

Hanging out the clothes on the Hills Hoist, and then turning them over halfway through the drying so they wouldn’t have peg marks on them. Ironing everything: pillowcases, tea towels, hankies. Making us Vegemite or cheese spread or meat paste sandwiches for lunch, and cooking up dinners of lamb chops with mashed potato and carrot and peas.

I don’t know how she found the time to do all the cooking and washing and cleaning that comes with eight kids. She used to say that once she got past five children, the ones after that were no extra work, because the first ones were old enough to start helping out.

But I don’t think that’s true. I think she just didn’t sleep much.

She looked after us. But she always did that little bit more than she had to. On winter evenings, when I was having a bath, she would put my pajamas by the heater so they would be warm for me to put on. At night, she would leave the hallway light on for me, even though she was always trying to save electricity, because she knew I was scared of the dark.

There were drawbacks to growing up as the seventh child of eight. Most of my clothes were hand-me-downs, I always shared a bedroom (and often a bath), and I never had much one-on-one time with my mom. But those little acts of kindness meant that I always felt loved.

My mother is an intelligent woman. She had a career, and gave it up to raise eight kids. She didn't have the mental stimulation of work, or the rewards and recognition it brings. She was seen as just a housewife, just a mother. Like so many of the moms of her generation, she was massively underappreciated.

I don't know how she always managed to be kind.

I can never be the mom my mother was. I am not as patient or as selfless or as hardworking.  I have six kids less than she did, and I have a dishwasher and a clothes dryer, but I still find the housework overwhelming at times. I yell at my kids when they won't do what I ask them to do. I need my escapes: my job, Facebook, wine. But there's one thing I'd like to think I've picked up from my mom: the importance of kindness.

I hope my kids remember me lying in bed next to them and reading to them at night, and letting them snuggle in my bed in the mornings.

I hope they remember me pacing the aisles of the supermarket, searching for the little Lego man they dropped somewhere on the shopping trip.

I hope they remember me carrying them when they're tired, wrapping them in my jacket when they're cold, and kissing their knees better when they fall over.

I hope they remember these times over the times I yelled at them because they wouldn't put on their shoes.

I hope, when my kids grow up, they look back and think, "My mom was kind to me."

Because that's what I think, when I think of my mother.

If you like this article, please share it! Your clicks keep us alive!
Tags
parenting
moms
mom advice
Kids