On Navigating My Attraction To Whiteness As A Black Woman 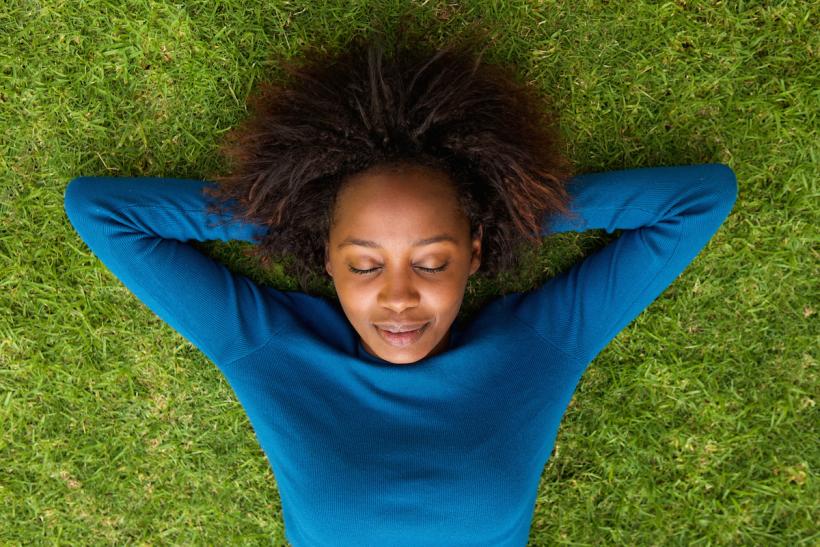 I take this journey of self-love and discovery one day at a time. Image: Thinkstock.

Having feelings for a white person — a classmate, fellow activist, or celebrity — is a source of great agony for me. Nevertheless, I crush on.

But I have so many battle scars — what I’m writing about is one of them.

I’ve been involved in social justice activism since my time as a bisexual student leader at Rutgers University. I’ve been doing this for almost a decade. I’ve grown, I’ve learned, I’ve been failed as a marginalized person, and I’ve failed as an ally.

You might believe that once a person's been “enlightened” (i.e., their previous investment in the status quo has been rejected in favor of more radical thinking), there is no more struggle, doubt, or insecurity.

However, I’ve learned the hard way that it’s not so linear.

I’m a big advocate of self-love, body positivity, healing, and building ourselves and our communities. I write about how to cope with living in this world as a queer person, as a fat person — as so many of the things that I live every single day.

It’s necessary, revolutionary work. But I sometimes forget why this form of self-care is so important: We still live in a shitty world.

I still have to come out swinging every single day, battling the various -isms that systemically seek to oppress (and destroy) me — no matter how many times I shout Black is beautiful! and Black lives matter! No matter how many articles I write to give bisexuals and others with fluid sexualities more visibility.

And that’s hard to deal with.

I take it day by day, but an experience I had during the fall of 2014 was a reminder of just how much of an uphill battle this can be.

Netflix has become both my own personal treasure and the bane of my existence. I’m an aspiring screenwriter and an avid lover of film. I love that I can experience Nosferatu and relive Buffy the Vampire Slayer from beginning to end; I hate the rabbit hole that is binge-watching.

On a whim, I started watching a little show called Criminal Minds on Netflix at the end of August 2014. I’m a huge fan of police procedurals. I’d seen a couple of episodes of CM at one time or another on television, so I figured, “What the hell?”

After a few episodes, I considered stopping, but I decided to keep watching. I think it was a combination of boredom and curiosity. I’m currently up to date, as the series recently finished its 11th season.

Over two years ago, I wrote a very personal, poignant piece for Black Girl Dangerous. It was about my budding journey of Black self-love after seeing Ryan Coogler’s Fruitvale Station and developing a crush on the lead, actor Michael B. Jordan.

It was an unbelievably transformative experience that still affects me to this day. Alas, like all crushes, it eventually faded into the background of my life. (He’s still bae, though.)

My immediate endearment toward Gubler as Dr. Spencer Reid was no surprise. I often love the quirky, nerdy, awkward characters: Buffy’s Willow and Rupert, the eponymous (Adrian) Monk, and Law & Order: SVU’s Detective Munch, to name a few.

While their races, genders, socioeconomic backgrounds, and other markers are very different from my own, I always identify with these character types strongly in one way or another. They are me.

After a few seasons, though, I began to realize that I was developing a crush on Gubler, and a feeling of dread overcame me.

In the more than two years since what I like to call my “Fruitvale experience,” I’ve realized that what I thought would be a sprint is actually a marathon — a never-ending marathon.

During my first year of college, my roommate said something that I will never forget: “You can’t help who you like.”

These words have stayed with me through the years as I’ve fallen over and over for different people. But as I began to thoroughly examine and critique the ways in which I have been conditioned to love, desire, and date, my faith in the purity of what I’m drawn to has declined significantly.

As a result, the struggle between what I am supposedly attracted to and the societal lies I attempt to eschew rages on. Having feelings for a white person — a classmate, fellow activist, or celebrity — is a source of great agony for me.

Nevertheless, I crush on. (You can’t help who you like.)

What exactly does it take to completely eradicate the stain of white supremacy from one’s heart, mind, and soul, while still being true to one’s always-valid feelings?

I searched for pictures of Gubler, looked at his Wikipedia and IMDb pages, read interviews, watched Youtube videos, and followed him on Twitter.

I watch(ed) CM incessantly, and not just because I was nail-bitingly anxious to find out how the show’s many cliffhangers and character arcs would resolve (Does Penelope live? Does Morgan get exonerated?).

The more I learned about my celebrity crush, the more I was enamored.

But I couldn’t fight the feelings of disappointment, fear, resistance, and confusion.

Would things always be this way? Had white supremacy damaged me for so long that there was no cure — only mildly effective treatments?

Why were Fruitvale Station, Michael B. Jordan, and all my Blackness and community not powerful enough?

It’s something I still can’t quite comprehend. What exactly does it take to completely eradicate the stain of white supremacy from one’s heart, mind, and soul, while still being true to one’s always-valid feelings?

I know that some people take the measure of swearing off white people, period, regardless of how they feel. That’s a totally valid and understandable choice.

But honoring my feelings and being true to myself are just as important to me as being critical of the ways that a multiply-oppressive society manifests itself in the way I date, love, and desire.

So I just can’t do that. (As demonstrated by my current über-crush on — don’t hate me, fellow Buffy fans — Adam Busch.)

Right now, the only way I know to grapple with this issue is to acknowledge the struggle and my feelings, while also immersing myself in online and real-life communities that offer a safer space to be myself and heal.

I take this journey of self-love and discovery one day at a time.

I’m trying hard to follow my heart and to guard it against the destructive, anti-Black messages that are continuously launched at it.

If Matthew Gray Gubler or Adam Busch (or, more likely, their doppelgängers) were ever to ask me out, I wouldn’t turn them down just because they’re white — but my own experiences and the development of my self-image lead me to tread cautiously.

I know all too well how easily one can go from inspired admiration to unhealthy obsession, as well as the toll it can take on the mind and spirit of a marginalized person.