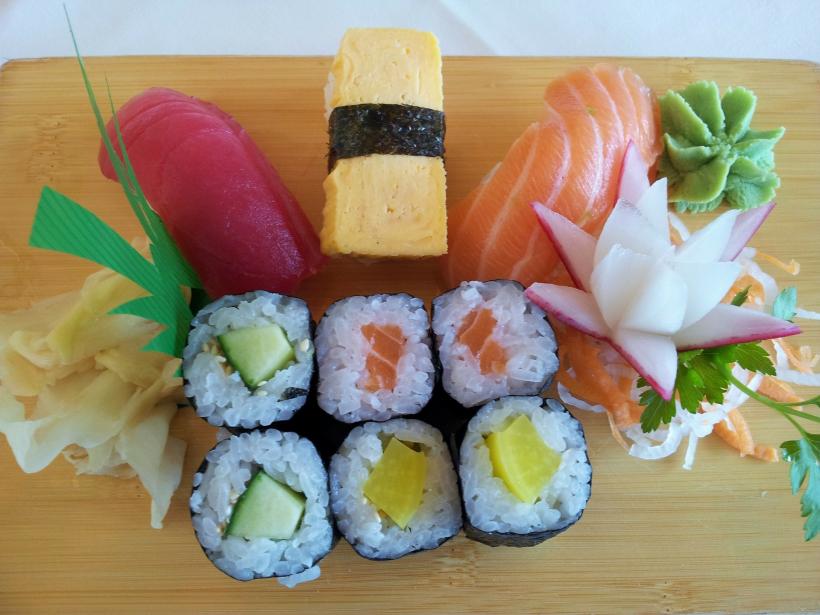 So, you’ve tried every diet out there. You are fed up — and often barely fed at all.

The South Beach Diet, The North Pole Diet, The Atkins Diet, The Fatkins Diet, Weight Watchers, Weight Ignorers… The list is as long as your droopy face.

Don't despair! We are thrilled to help you take your first steps to a new you. (The old you was so overrated!)

We pride ourselves on tailoring a diet for your media-induced paranoia and rampant self-loathing.

I’m on the 149th hour of my new ghost-chili-and-weevil diet and I can tell you that I am exploding with joie de vivre — and something that greatly resembles Thai iced tea.

Also, I am definitely lighter — I can’t feel my legs!

Based upon the results of our fun little personality disorder quiz, you will be embarking on one of the following diets:

This diet has been specially formulated for those of you with sphincter-sealing impulse control, and also eyeballs.

It is suited to individuals who enjoy minimalism and social idiosyncrasies such as museums and “art.”

You must focus on a single almond (blanched, unsalted, unnamed) for 48 hours without rest or communication. It is helpful to clear all thoughts during this process to create a potato-like state of mind.

No extra charge for NASA-issued diaper.

Do you love puppies?

This diet has been adapted to address the needs of your average animal worshipper.

You will sit in front of an 80-inch screen to binge-watch Sarah McLachlan’s harrowing SPCA commercial on loop until you have expelled the desired amount of weight. 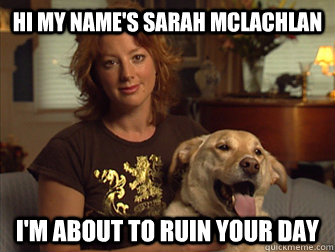 Remember: If no one calls the SPCA hotline, those despondent butt scooters don’t stand a chance!

Gushing tears for thought: The will to live is temporary, but thigh gap is forever!

Nubile English cucumbers germinated in panda poops are lovingly peeled and rolled with Indian Harvest rice by our world-famous itamae (that's “cook” for all you non-Japanese speakers), Hiro Suzuki.

Squirrel one sushi piece between the cheeks less-often pinched by Granny.

The cucumber suppository should take up most of your waking thoughts and provide ample distraction from stuffing your facial cavity.

Think of this as “bento for your butt” or “nigiri for your no-no hole”.

For this program, you will be suspended 15 feet in the air indefinitely.

Just kidding! We will cut the ropes and metal shackles around your appendages as soon as you have lost the requisite weight.

This diet is considered high-protein because of increased insect intake.

You will be allowed to stalk the waste grounds of a local college campus to awaken the rabid raccoon in you.

The trick here is that since college students are perennially poor, finding scraps can be quite the venture!

But fear not, the most enterprising of you will eke out a week-old flaccid ramen noodle! We believe in you.

Bonus: You will be adorned with eight Royal Pine Car-Fresheners®️, since dumpster dieters have reported smelling like a microwaved Diaper Genie.®️

It is a myth that the Paleo Diet is just about excluding grains, dairy, and processed food. In our program, we have extensively researched the historical roots of the paleolithic era.

In order to accurately represent Stone Age sophistication, for the next seven months you will be living in a troglobite-loaded cave armed with only a white spruce branch and a loincloth.

Most excitingly, you will be required to hunt for 100% of your sustenance.

[Note: For maximum authenticity, this will take place in the center of Yellowstone’s Grizzly Bear breeding program during the climax of bison mating season.]

I’m so excited for you to start that I've shat my pants!

Remember that fitting into someone else’s ideal is better than having a pulse, and that all of the world’s problems can ultimately be tied to cankles.

Listen to what Diet Culture — that saucy, socially-constructed chupacabra — has been screaming all along, “Just think of what you’ll gain when there’s less of you!”