Reclaiming Sexuality As We Age 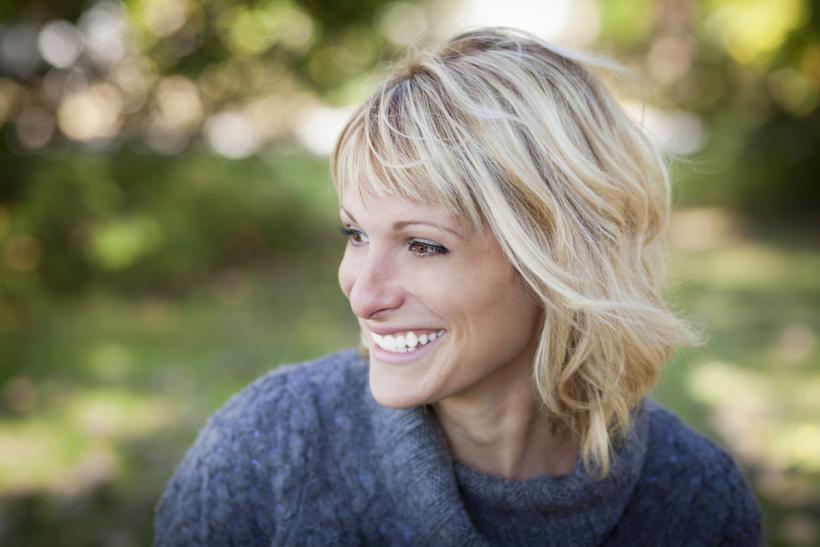 Reclaiming our sexuality as we age is a feminist act. Image: Thinkstock.

Perhaps we need to fight against the pressure to be matronly, if that’s not how we want to be seen.

Being a woman in our hyper-sexual society is complicated.

It often feels like we're tossed between two equally-challenging extremes. As young girls, we’re sold the notion that we’re meant to be pretty (not so much for ourselves, of course, as for the gaze of others). As teens, we’re targeted by television, magazines — everything — to be hyper-sexual beings. Older men glance at us, and around when we hit 18, their glances turn to leers.

Our society is acutely obsessed with singers, models, and starlets that are roughly between 18 and 25. There are exceptions, of course, like the seemingly ageless Beyoncé, who turns 35 this year. Even if you’re not famous, society will still try to sexualize you while you’re in your early-to-mid twenties.

But what happens after that? Do we all just wither away into dust once we hit 35?

What kind of screwed-up culture do we live in where young girls are considered to be sexual beings, but women over 40 are “too old” to be desirable — and in fact, are often relegated to being seen simply as “motherly” (or grandmotherly)?

Maybe it’s time we flipped the script. So what if some studies state that most guys have a preference for dating younger women, or that Hollywood has a preference for leading ladies under 40?

Why should we suddenly trade in our cut-offs and tank tops for shawls and thick cardigans, or give up our place at the bar or our presence in the media just because a few mediocre men have determined for so long what is and isn't “desirable”?

Reclaiming our sexuality as we age is a feminist act and another way of undermining the patriarchal pressures that have forced many women into early sexual retirement for far too long.

When I was in my late twenties, working as an editor for a niche pornography company, I encountered a particular group of women that sparked my interest: the models for our over-40 magazines.

They were labeled “MILF”s and “GILF”s, because these were not just 30-something “mothers,” but 50-, 60-, and even 70-something-year-old women who were reclaiming their sexuality in what some might feel is a rather drastic way. I’m pretty sure our eldest was an 82-year-old woman, and she was just as energetic as some of the girls in our teen mags.

At first, reading through and working on these “mature” magazines was, well, bizarre. Like most people, I’d grown up to believe that once you exit your twenties, you're not really supposed to be taking your clothes off, especially for strangers. Seeing these older women fully nude was a bit of a shock.

You rarely see women over 40 dressing provocatively or flirting, much less having sex in film or on television. Usually, when it does happen, it’s meant to be a joke — as if after a certain age, we should all forget about our sexual needs and desires.

[T]he happier and more confident you are in yourself, and the more comfortable you are with your sexuality, the better your sex life gets.

This was not the case here. Our magazines gave these women the same platform granted to any of the other models. They weren’t more heavily-clothed just because they were older: They were presented in their stark-naked glory with plenty of close-ups — and most importantly, appearing to have a grand ol’ time.

This last part is important to note, because while many of the younger models posed because they wanted or needed the money, these older women were mainly there for the thrill of it.

Many of them were big fans of the magazines themselves. Some were former exotic dangers, and most were often swingers, but there were also many who had decided they simply needed some excitement in their lives after being pigeonholed into the role of chaste housewife and caretaker.

For many, it seemed that this was a way to reclaim their lives, to gain a sense of empowerment by showing off the fact that they, too, could be desirable.

I’m not saying that the only way to reclaim our sexuality as we age is to dive into the world of pornography or become a swinger. That’s a personal choice. What I am saying, though, is that perhaps we need to fight against the pressure to be matronly, if that’s not how we want to be seen.

Rather than allowing others to shame us into hiding our bodies, we should be proud to show them off however we like, like the women in photographer Bob Buchanan’s book Real Women 40 and Beyond.

(But really, what’s stopping us from making our own books? Our own films? Our own websites?)

Instead of letting go of our sex lives, we should find ways to spice them up again. 'Cause that whole thing about sexual peaks is bogus, so even if you’re past 30 or 40, you can still have unbelievable sex with the right partner(s).

Basically, the happier and more confident you are in yourself, and the more comfortable you are with your sexuality, the better your sex life gets.

Aging is a glorious thing. With every passing year, we grow wiser and more beautiful as a result.

Let’s cast more 50-something women in movies and write roles for them where they are just as sexual as the George Clooneys and the Humphrey Bogarts.

Let’s not be afraid to get on the dance floor during a night out with our fellow feminist friends.

Let’s compliment the hell out of one another’s smile lines.

Our identity as sexual beings doesn't have to end at any age.

If you like this article, please share it! Your clicks keep us alive!
Tags
sexuality
Sex
Love
self-esteem
patriarchy
feminism
women
aging
Ageism