What Being In A Polyamorous Relationship Taught Me About Fidelity 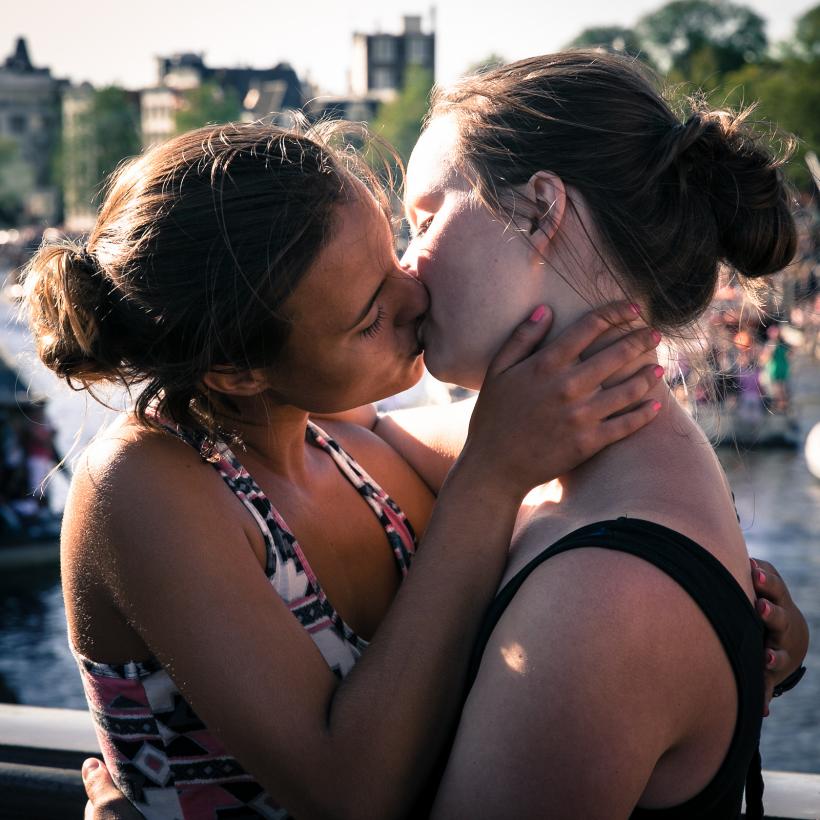 It isn’t about the number of people you’re seeing…

Our worlds are changing. We’re becoming more aware of other cultures, other religions, other practises within our communities and others. We’re starting to dissolve the idea of a nuclear family as the best option for dating, getting married and/or raising kids. These days, you’re less likely to do a double take if you find out a student in your child’s class is being raised by two mothers, let alone a single parent. Trans acceptance is becoming more commonplace. And though these are not yet universal facts, the proof that they’re on the rise is a great thing.

Despite all of that, there are still a lot of misconceptions about another relationship that’s on the rise: polyamory.

When most people see the word polyamory, they immediately conflate it with polygamy, which is not at all the case. Strictly speaking, polygamy involves one person married to multiple people; polyamory can involve a marriage, but it’s in no way a required part of the formula.

Polyamory means a lot of different things to a lot of different people, so trying to get one solid definition on it is like polling a hundred Christians and trying to get one solid definition of salvation. We can look at its literal definition when we break down the word itself: ‘poly’ meaning ‘many’ and ‘amory’ meaning ‘loves’. At its root, then, polyamory is about being in a romantic relationship with more than one person at a time.

Which leads us to a second common misconception, and that’s that those involved in polyamorous relationships are basically cheating on their significant other, but that’s not the case.

A polyamorous relationship is like any other relationship — you set rules and sometimes you hit bumps along the way, but everyone involved knows what is and isn’t acceptable. Furthermore, you never lie to a partner about being polyamorous. The simple act of being with multiple partners doesn’t make you a cheater, but lying to your other partners about your choice definitely is.

My first attempt at a poly relationship was a disaster. I had been with one partner for a couple of years and we decided to try to introduce a third person. She was very interested, and the first couple of months were great. We were in what is commonly called a triad — a situation where all three of us were dating each other. Since dating more than one person can get complicated, we all agreed to communicate with each other often and let each other know when we were ready for each next step forward.

Our third — let’s call her Rachel — broke this rule. She told my partner I had okayed something I hadn’t, and the two of them started a separate relationship I had no knowledge of and was completely cut out of. Even though the three of us were dating each other, the way they went about their relationship constituted cheating. Needless to say, it ended terribly.

Poly relationships are like every other kind of relationship — there are tons of options, and you almost never end up at the end of the path you’d planned for yourself.

I was put off the whole polyamory thing for a very long time; I went through a decade of almost nothing but monogamous relationships, and while several of them were great, enough of them weren’t. Like most people, I had girlfriends cheat on me and I had amazing relationships that became friendships I still value.

Fidelity isn’t about the number of people you’re seeing, or even about whether or not they’re married.

Fidelity is about communicating with the people you’re seeing, following the rules you set for yourselves and talking it out when those rules are no longer working. Fidelity is about your ability to be honest with your partner or partners, and that has far more to do with a person than the kind of relationship they’re in.

I’ve recently given polyamory another chance, in a healthier way. I’ve found that while I’m still personally wary of triad situations, being involved in a poly relationship works well for me. The relationship I now find myself in involves situations where everyone knows my boundaries and they’re actually respected, and we aren’t all dating each other (maybe that’s something that works better for me).

Poly relationships are like every other kind of relationship — there are tons of options, and you almost never end up at the end of the path you’d planned for yourself. Every poly relationship works differently, and this way of life definitely isn’t for everyone. One of the few constants you can count on, though, is that polyamory and infidelity aren’t synonymous terms, so let’s stop acting like they are.

If you like this article, please share it! Your clicks keep us alive!
Tags
polyamory
Relationships
shesaid
dating
fidelity