When Your Abuser Isn't Real 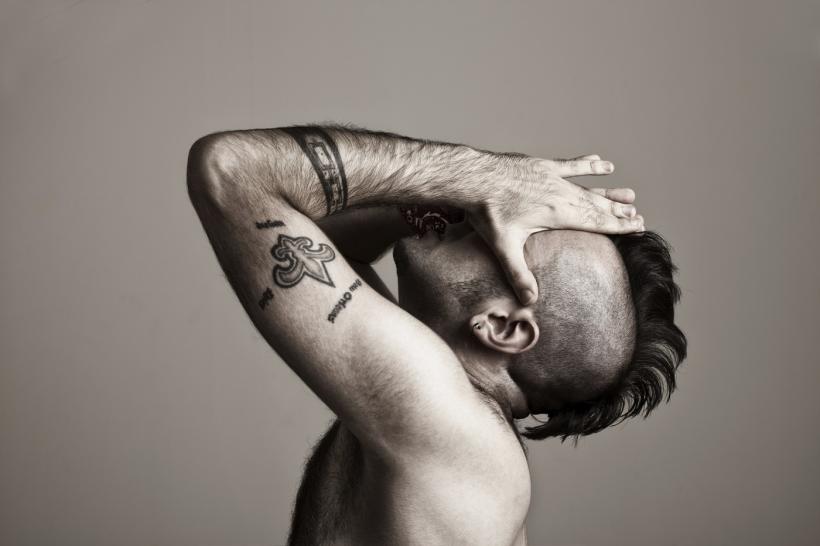 For years, I didn’t know I was hearing voices. Image: Thinkstock.

How do you explain that the gaslighting that completely fractured your sense of reality came from your own mind?

“You don’t have a ‘mental illness.’” He’s getting louder now.

I shake my head. In my distress, I start to rock back and forth, curled up on my sofa.

“You’ve manipulated everyone into believing a lie.”

I look down at my phone. There’s a text from my friend: On my way. 15 minutes.

“Tell your friend to go home.”

“If you don’t tell him to leave, you’re proving my point.”

“I DIDN’T DO ANYTHING WRONG!” I yell. Embarrassed that he’s getting to me, and worried about the neighbors hearing me, I close all my windows and vow to stay quiet.

“Do you exploit everyone you love, Sam?”

Maybe it’s the number of times I’ve been told this, or the fragility of my mental state, but I am having a hard time figuring out what’s truthful and what’s a lie.

Maybe I am terrible. Maybe I am exploitative. Maybe he knows the truth.

“You’re confusing me,” I say meekly.

“You created this. This is all your fault,” he says.

I glance at my phone again. Another text: I’m downstairs. I begin to panic.

“If you let him see you like this, he’ll figure out you’re a liar.”

I hesitate, frantically pacing my floor, unsure of what to do.

“Soon enough, everyone will know you’re a liar.”

I don’t know it yet, but I’m psychotic.

For years, I didn’t know I was hearing voices.

When it started to happen, it felt like someone else’s thoughts were being inserted into my mind, shouting at me, undermining my reality — impossible to control.

It reminded me of when my brother and I used to play with walkie-talkies as children — my parents had bought us really nice ones, reaching a three-mile radius, which to us felt like the whole world — and would unexpectedly pick up on someone else’s conversation.

When I was depressed or manic, the wires would begin to cross. In my insanity, I’d start to pick up some other frequency; the alien and unfamiliar thoughts would creep into my mind, instructing me on what I should do or accusing me of being crazy or manipulative.

My earliest memory of this was at age 13, when I had gotten so depressed that I was considering hurting myself.

I was so susceptible to that kind of suggestion, especially one so persistent, so loud.

That was my first suicide attempt.

I should’ve asked for help. But the voice confused me so deeply, a chaos in my brain that I couldn't think my way out of. I was told repeatedly that I was to blame for what was happening.

So I told no one.

That voice would go on to torment me for over 10 years.

I am sitting on my friend’s couch, eyes closed. I am trying, with everything in me, to shut the voice out, to shut everything out, to find someplace quiet.

“This is YOUR FAULT.”

“I didn’t do anything wrong!” I blurt out.

“You brought this onto yourself.” He says what hurts most; he says what I fear most.

I am trying to stay composed but I’m losing my grip.

I feel a hand on my shoulder.

“It’s not your fault,” my friend says quietly.

“He’s bought into your lies, Sam,” the voice says.

“You’ve created this. You did this.”

I look up at my friend. “I’m getting confused,” I tell him.

I can feel myself shutting down, retreating inside my mind.

Maybe I’m not mentally ill. Maybe the doctors are wrong. Maybe it’s an elaborate scheme that I’ve created, without even knowing it, a way to exploit people and their sympathies.

I did this. I caused this. It’s all a scheme that I invented.

I don’t know it yet, but I’ve crossed into the territory of “delusional.”

“You know how to fix this,” the voice says softly.

“Your friend said in the emergency room that you were hearing voices,” the doctor says.

I have never felt so small, sitting in a large room in nothing but a hospital gown, trembling.

“But you experience it as being separate from your own thoughts?”

I hesitate. For 10 years, I was told that if I tell the truth, my scheme will come undone, that I will be revealed as an imposter. I try to push past the thought.

“It’s like somebody else put their thoughts inside my head, like they’re shouting at me, and I can’t redirect them or push them out.”

“That is a form of psychosis, Sam,” the doctor says gently. “It’s quite likely that you were misdiagnosed because they didn’t realize you were experiencing this.”

The shock of the word “psychosis” feels like a physical collision, knocking the wind out of me.

I watch as he scribbles something down on a yellow pad of paper. I hold my breath, fearing that, if I tell the truth, the voice will come back, that he’ll punish me.

“We’ll get you started on some lithium,” the doctor says.

And the voice says nothing at all.

How do you explain that the abuse you’ve suffered for years was at the hands of... no one?

How do you explain that the gaslighting that completely fractured your sense of reality came from your own mind?

How do you begin to explain that your abuser isn’t real? That he has no face, no hands, no heart — that all he has is a voice, like a worm burrowing into your psyche, screaming out your deepest fears and delusions?

I carry the trauma, the terror, the self-doubt, even the scars. But my abuser exists only in my mind, and all I can do is medicate him away. I can never just pack up and leave.

The only shelter I have is eight pills every day, dulling the sound.

The comfort that I find now is knowing that it was never actually my fault. That I was never a liar, never a manipulator, never a schemer — I was just, simply put, a person struggling with bipolar disorder.

“Psychosis” may be an ugly word, but it gave me what I needed to begin my healing: the truth.