Why I Hope My Daughter Doesn't Say "Sorry" 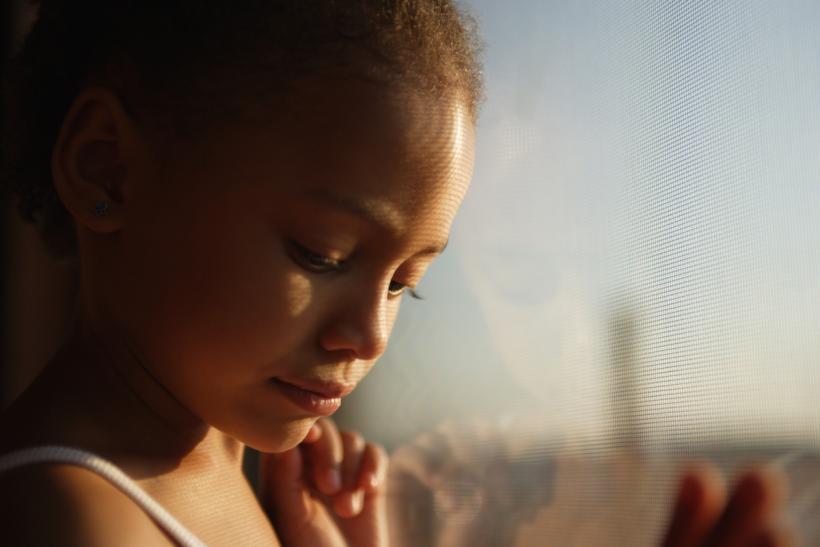 Had I really taught my daughter, 1½ years old, that she needs to apologize for herself?

Most women have decided it is better to apologize too often than to risk not saying “sorry” enough.

I was boarding a flight from Chicago to Boston with my 18-month-old daughter when the apologies began.

“Sorry,” she said, as we bumbled down the aisle, brushing against passengers who were already in their seats. “Sorry.”

As we made our way to the back of the plane, the baby apologizing the whole way, passengers were giving us a certain look, one to which I had become accustomed to receiving when with my daughter. The one that says, How cute.

I, however, was shaken.

Had I really taught my daughter, all of 1½ years old, that she needs to apologize for herself? That because she was noticed — rather than slipping quietly through a space — she needed to say “I'm sorry”?

It's commonly acknowledged that women say “sorry” more than men. In fact, Pantene even made a commercial about it in 2014, which sparked a wide discussion about how often women should apologize.

Women have been conditioned to blame ourselves for perceived minor infractions in a way that our male counterparts do not.

English is an imperfect language, and “sorry” is an imperfect word. We use it to cover a life's worth of experiences, from intentionally hurting someone, to expressing condolences when a death happens (something completely out of our control), to excusing minor mistakes that could be covered with a simple “oops,” and even to using it as an adjective for “pitiful.”

In the course of navigating this complicated set of uses, it seems that most women have decided it is better to apologize too often than to risk not saying “sorry” enough.

According to a study published in Psychology Today and reported in Scientific American, women apologize more than men because we believe there are more offenses. (Need to send a follow up email? “Sorry.” Asked a man blocking the way to move? Better apologize.)

Infractions like walking down a plane aisle, where it is virtually impossible to pass without brushing against others, even if you are a 20-pound toddler.

Women have been conditioned to blame ourselves for perceived minor infractions in a way that our male counterparts do not.

Women also tend to use apologies in order to be more likeable, as well as to offset qualities that our culture tells us are unfeminine (such as assertiveness).

A “sorry” here and there can soften up our image. In her 2015 article in the New York Times, Sloan Crosley argues that women often use sorry passive-aggressively, to politely point out someone else’s error.

“[‘Sorry’ is] employed when a situation is so clearly not our fault that we think the apology will serve as a prompt for the person who should be apologizing,” Crosley writes. “It’s a Trojan horse for genuine annoyance, a tactic left over from centuries of having to couch basic demands in palatable packages in order to get what we want.

“All that exhausting maneuvering is the etiquette equivalent of a vestigial tail.”

I, for one, certainly don’t want a tail.

Last year, I joined a professional network for women. One of the first things I learned was to eliminate the words “just” and “sorry” from my emails.  I do not need to make myself small and unobtrusive. I can claim the space — physical, professional or otherwise — that I deserve, without making apologies.

That is the lesson I want to teach my daughter.

When warranted, an apology can be powerful, mending hearts and healing wounds. Let's not diminish that potential by using the word to shy away from our own power.