Why I Would Never Circumcise My Son 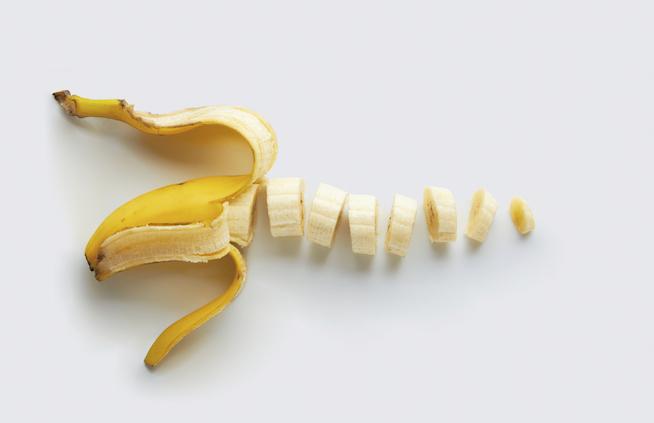 As a feminist, I believe in consent and autonomy for all bodies — not just women’s bodies.

When my husband and I looked at the screen in the ultrasound room and saw that we were having a girl, we both breathed a sigh of relief. Not because we didn’t want to have a boy, but because it meant the circumcision debate was off the table. We both knew I was steadfast in my opposition to circumcision. Not only would I not change my mind, but it would be a hard discussion to broach with our Jewish families. Were we to have a boy, we would have been expected to have what is called a bris — a ritual ceremony where a rabbi circumcises and blesses a baby boy on his eighth day of life. Meaning everyone would know if we decided not to circumcise our son. But if it’s a tradition in our families and religion (and in most American hospitals) to circumcise a boy at birth, why am I so against it?

I wasn’t always against circumcision, but I had also never thought much about it. It was the norm within my family and with most of the men I had sexual contact with early on. I’d heard the stories about uncut penises being 'gross,' and I didn’t know any better, so I believed them.

It wasn’t until college, when two things happened that made me reconsider circumcision: the first was that I slept with an uncut guy and found that it wasn’t gross. It was actually kind of awesome. The second was that I watched an episode of Penn & Teller’s Bullshit that looked at circumcision and came away having serious doubts about the procedure.

It turns out circumcision is a wholly unnecessary procedure, and the United States is the only country that routinely circumcises the majority of its boys. In fact, 70-80% of men worldwide are uncircumcised. And while the American Academy of Pediatrics has decided that circumcision of male infants is a procedure whose benefits outweigh its risks, it’s a report that uses bad science and bad ethics to draw the conclusion it wants to.

Another argument commonly used to advocate for circumcision is that it reduces rates of HIV and other STIs. However, the studies used to spread this misinformation were conducted using more bad science, and other studies have shown that circumcision doesn’t reduce a person’s risk of contracting STDs at all.

And anyone who argues that a baby won’t feel the pain of circumcision has clearly never had a baby. My infant screamed at an hour old when she had to have an IV put in, and again at a few days old when her skin got pinched in the buckle of her car seat.

All of these things reinforce my belief that circumcision is an unnecessary procedure, but it’s the value I place in bodily autonomy that truly cements it for me. As a feminist, I believe in consent and autonomy for all bodies — not just women’s bodies. Bodily autonomy means that each person should have the ultimate say in what happens or is done to their body. If a person decides to have plastic surgery, get a piercing or tattoo (for me, this includes the decision to pierce a baby or child’s ears), or have an abortion, these should be decisions that they make for themselves.

Infants cannot consent to having a literal piece of their genitalia removed, nor can they properly make an informed decision about whether or not they want the procedure done. It shouldn’t be up to anyone but the person whose body it is what happens to that body for a non-life saving nor medically necessary procedure.

I’ve seen this debate come up quite a bit in the news lately as the case of Chase Hironimus-Nebus makes national headlines. Chase’s parents have a custody agreement, signed in 2011, stating that he was to be circumcised; however, it wasn’t until this year that the boy’s father moved to enforce this stipulation. Chase’s mother, Heather, is now involved with the anti-circumcision movement. Chase himself is four years old. That’s old enough to articulate what he does and does not want to happen to his body. After a judge ruled in support of the circumcision agreement, Heather went into hiding at a woman’s shelter with her son for 90 days, after which she was incarcerated and released only under the condition that she agreed to sign a document allowing her son to be circumcised. There’s currently a hold placed on the procedure as the court proceedings continue, and there are a lot of questions here to be asked, particularly since most domestic violence shelters don’t accept women who aren’t fleeing some kind of abuse.

It’s a complicated case. But at its heart, it comes down to whether or not a parent has the right to determine what happens to their children’s genitals, even when that procedure is shown to have no medical necessity and the child has stated their opposition to it. Furthermore, people circumcised as children often experience the procedure as “a serious violation of their bodily integrity and develop symptoms that are commonly seen in children who have been sexually abused,” according to Patrick O’Connor, a licensed clinical psychologist specializing in loss and trauma during childhood and adolescence. This makes perfect sense to me, as this is how people who experience boundary and bodily violations often react. Circumcision is both of those things.

It’s time for the US, as both a culture and a country, to ask ourselves why we continue to perform this unnecessary mutilation of baby boys’ genitals. The large movement sprouting up against the procedure (California got very close to having a circumcision ban on the ballot, many Jews are foregoing circumcision, and the 'intactivist' cause is growing as a result of the media around the Hironimus-Nebus case) should be an indication that something is amiss. As for me, if I have a son in the future, there will be no question and no debate — he will not be circumcised because his body is his own.

If you like this article, please share it! Your clicks keep us alive!
Tags
circumcision
parenting
motherhood
feminism
judaism